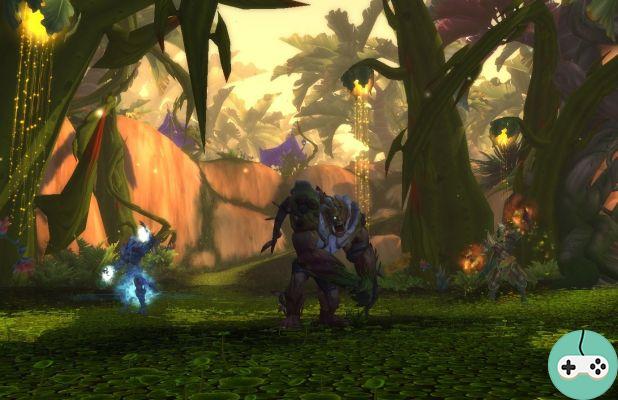 Arriving in Draenor, the Kirin Tor realized that outposts had to be established to supply the armies of Hurlevent with reinforcements and provisions. One of these outposts is located near the Fonderie des rochenoires in Gorgrond. The vegetation is dense and old ...

There are 5 bosses to defeat and the equipment to collect is level ilvl 615 on normal difficulty and 630 on heroic difficulty. 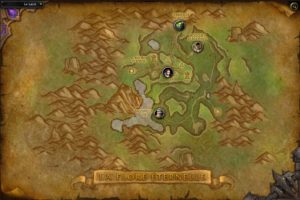 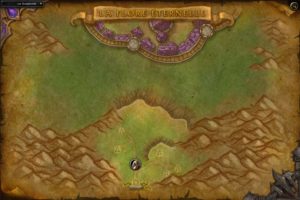 Fanbark is a very ancient treant, who has seen the forests of Gorgrond evolve over the years and be shattered by the arrival of the Iron Horde and other factions. He is now determined to restore calm and peace to his territory. 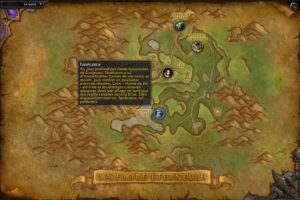 During this first phase, Fanbark sees its energy gradually decrease to 0.

During this second phase, the bark itself applies the fragile bark and watery globules appear to restore it. Witherbark no longer casts Withered Gasp but Uncontained Growths continue to arrive.

There is a strategy which aims to not move the boss from its initial position and to position the DPS at a distance at the limit of the Growth range (you can hit the boss anyway). With Heroism cast at the start of the second phase, the fight doesn't last very long.

There are two new mechanics in these difficulty modes:

After defeating the Treant, you will have the option of obtaining a Crossbow or Trinket (Floraskin Punch and Witherbark Branch), as well as Cloaks and Gloves (see full list). 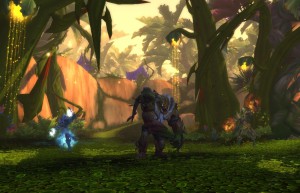 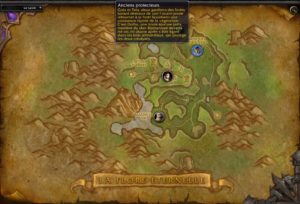 Combat is typical of a board in that all three bosses fight at the same time. The order of focus is Gola, then Telu, and finally Dulhu. It takes many interruptions to wage this fight.

There are no new mechanics in these difficulty settings, but leaving Swift Tides and Thornskin on the boss has far more consequences. It is important to stop / dissipate these effects quickly.

Dulhu drops a jewel and a left hand (Mossy Skull of the Intruder and Leaf of the Ancient Protectors), as well as belts and leggings. The complete list can be viewed at this address.

Xeri'tac is an optional boss (not for the challenge mode though) but which allows you to pick up some additional pieces of armor. 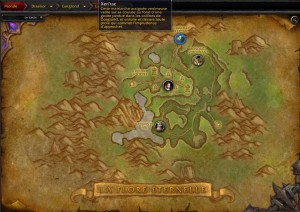 This fight begins with waves of spiders, cut by the appearance of pale people panicked by the venom. As they die, they each leave a cloud of poisonous gas which attracts the pale man and turns him into a brute if he inhales the gas. The pale is therefore the second target.

When 8 poisonous spiders are dead, Xeri'tac descends from his web. She also launches areas of poison at ranged characters, and if a Pale is nearby, Xeri'tac consumes it to regain 25% health.

During the first phase it is important that everyone positions themselves on the left platform (when entering) to fill it with pockets of gas and not be hampered during the second phase. The tank must bring the pale out of the poison zones and control it as much as possible.

In the second phase, the tank must tank Xeri'tac in the water while the other members of the party must move to the large platform. We must get out of the poison areas, interrupt as much Toxic Lightning as possible. As before, the pale is a priority target.

The healer will need to heal the tank that will take heavy damage from Xeri'tac and party members that take poison damage over time. The DPS and the tank should especially not hesitate to use defensive CDs during these envenomments.

The only difference is the appearance of another type of spider in the first phase, the force-fed piercers who will focus on a random player. This spider must not reach the targeted player, otherwise it will explode and inflict enormous damage in the surroundings.

In both Normal and Heroic difficulty, Xeri'tac drops feet and torsos. The two unique pieces are: Cocoon of Unhatched Xeri'tac Eggs and Desiccated Shell Shield. The full list is available at this address. 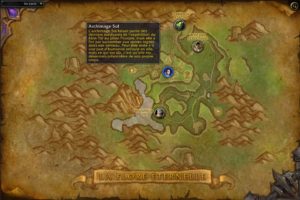 Archmage Sol will change schools of magic as the fight progresses. The basic techniques are used by the monsters to be defeated before hitting the boss.

In Fire Magic, there are Fireball and Fire Flower which will require movement. In Frost Magic, the Archmage casts Frostbolt and Frozen Rain which also requires movement. In Arcane magic, she casts Arcane Burst and Arcane Bloom.

Parasites that control the Archmage will attempt to increase their hold through Parasite Growth. It will also generate Spore Images which will cast basic magic schools spells.

For ranged players, your best bet is to stand to the far left of the combat zone and move each Fire Flower. The tank must leave the Archmage in the middle and interrupt Parasite Growth after 3/4 charges.

There are no particular difficulties apart from the reactivity to spells cast by the boss. All players should attempt to interrupt basic spells. Use defensive CDs to absorb damage from Fire Flowers and possibly Frozen Rain.

Parasite growth retains the effects of the previous school of magic, so Frozen Rains and Fire Flowers remain.

Whether on Normal Difficulty or Heroic Difficulty, Archmage Sol drops head and wrist parts. Two unique pieces are also present: Sol Mage Staff and Alacrity Spores. The complete list can be viewed at this address. 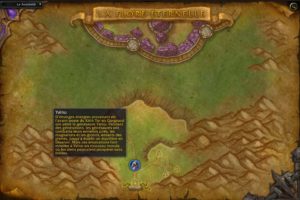 The fight against Yalnu is quite special because the Kirin Tor helps us kill the boss. Players must focus on the different events that occur around the boss.

Yalnu tramples part of the combat zone with Colossal Blow and dealing massive damage. He then summons various adds with Fountain of Life. Genesis is a skill to be absolutely managed. Finally, Entanglement will stun a Kirin Tor mage.

The tank must provoke Yalnu and avoid the Colossal Blow. He must also provoke all the adds generated by Fountain of Life and Genesis.

The other players spread around the boss may not touch Yalnu from the fight. Indeed, they must crush the flowers during Genesis (each flower spawns an add if it reaches maturity), destroy the Entanglement and kill the Fountain of Life adds to release the tank from additional damage.

The healer will focus on the tank. Other players may take no damage if they are careful.

Don't hesitate to take advantage of the movement speed bonus (transfer, wolf form, rush, etc.) to crush all the flowers.

Entanglement can hit one of the players causing them to take damage.

Riders of Icarus - Starting as a Sorcerer / Wizard