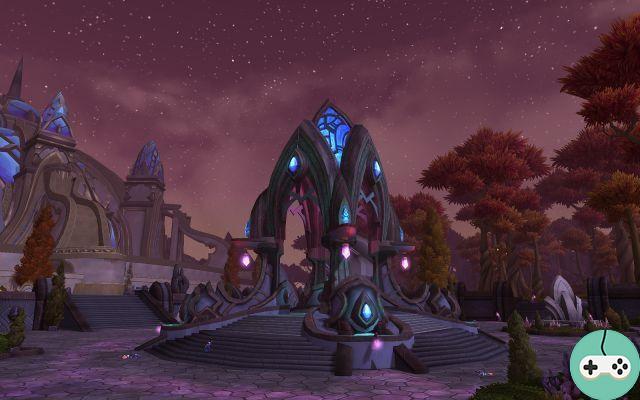 Not a day goes by right now without information being revealed about Warlords, including, over and over again, through the operation of the game client. Wow head, there are small videos of the animations of new breed models created with the model viewer.

I present to you the male orc:

And the gnome woman.

Mamytwink for his part shared a video from a Spanish site, WoWChakra, presenting a mount a new chimera that resembles the Iron Skyscraper in the store.

On Twitter, we learned that strongholds were now in a static place, allowing them to be better integrated into the levels. They will therefore be in the starting areas (Shadowmoon Valley for the Alliance and Frostfire Ridge for the Horde). It will not be possible to change its location but the choices in the area will also affect it.

It will be possible to return to their stronghold quickly (even if they do not yet know how).

Finally, there will a priori no specific buildings to a race but they have integrated some elements in the buildings of professions. 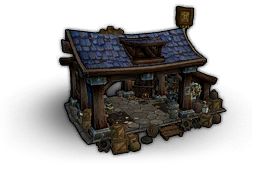 On the forum, Nethaera (Community Manager) discusses the performance concerns for Warlords. The game will incorporate many improvements, especially on graphics with new character models and better textures. Obviously, as they increase the graphics quality, the game will be more resource intensive. However, even though the new animations are more complex, they develop new technology, partially deployed in 5.4.7, to reduce the impact.

They will also improve performance in raids, dungeons and battlefields by limiting the effects of spells in groups. It will also be possible to have specific graphic options in raid in order to deactivate the most demanding options such as shadows.

As with every expansion, Warlords of Draenor will introduce a number of game-engine upgrades and graphical improvements, including new character models and better textures to help us create lush, detailed environments. Any increase in graphical quality will naturally result in some amount of increase in the game’s required system specs, but we’re working hard to minimize that and ensure that WoW runs well on as wide a range of systems as possible.

One of our game-engine updates is designed to limit the impact that animating the new models has on players’ frame rates. Our new character models have significantly more “moving parts” and more complex animation than the current models (see our Artcraft: Running of the Bulls to get an idea). As a result, the new animations require a bit more memory than the old ones. To counter that, we’ve developed some technology that should keep the impact on your framerate similar to what it is now. Some of this is actually already in place in Patch 5.4.7, and we’re continuing to work to optimize as much as we can—and of course, we’ll be providing an option to keep using the current models if you wish.

We’re also making several improvements to improve performance in Raids, Dungeons, and Battlegrounds, such as limiting extraneous spell effects in group content, which—along with other benefits such as eliminating some visual clutter—should help with performance. We’re also planning to provide separate options for graphical effects in Raids or Battlegrounds, so you can disable processor-intensive features such as shadows and reflections solely in those environments. We’ll be testing all of these updates out in the upcoming beta, though keep in mind that beta performance doesn’t reflect the final version of the game. We’ll still be in the process of optimization, and the beta will include additional development tools that impact system performance.

One of our longstanding goals is to make sure WoW runs well on as broad a range of systems as possible, and that continues to be a top priority. We’ll have more details on the expansion’s system requirements closer to launch, and we can’t wait to show you more of Warlords of Draenor.

Finally, by way of conclusion, don't forget to visit the "Pictures of the day"on the official website for your daily dose of Warlords of Draenor. 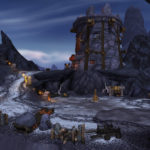 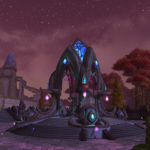 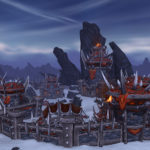 Add a comment from WoW - WoD: models and performance