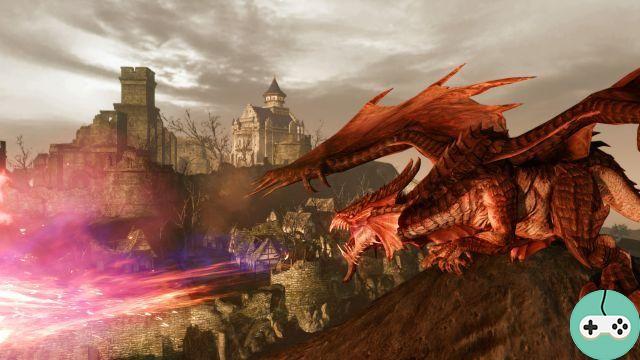 At the beginning of March, I spent some time with Trion, so that the developers of ArcheAge present me with the 4.5 update, called "Legends Return", scheduled for April 5th. 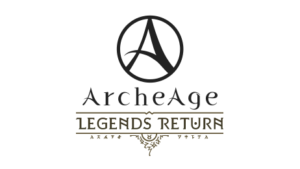 Before moving on to the updates themselves, let's start with a piece of news that will appeal to nostalgic players as well as new players who want to get started: the arrival of two new progression servers, one for each region (US / EU). A progression system will unlock new content over an 8-10 month period (to be confirmed) in several stages. The objective is thus to recreate the atmosphere of the beginnings, then to gradually make the link with the current servers.

It will be necessary to create new accounts (free) to join these servers: there is no question that players start with advantages. At launch, all characters will be limited to level 50, with a limited number of zones, dungeons, and raids, and crafting stopped at the Magnificent Tier. Then, a month later, the castles will arrive, with the questline "Dream Ring", new dungeons and raids, while the crafting will be upgraded to ephérium. I let you consult the graphs below which will give you all the details. 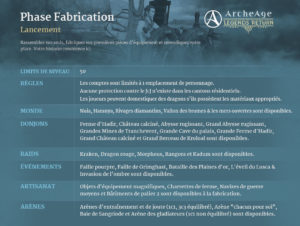 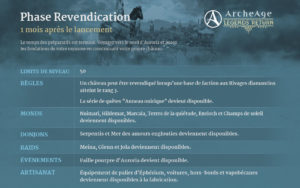 Of course, more phases will follow, but I can't tell you anything more about it ... yet! Of them packs are for sale to join this server. Be careful, nothing is required, the game is free-to-play and will remain so for these servers, it just gives a head start for those who want it. The first pack (Silver at $ 9,99) gives Early Access with the option to reserve one's name, while the larger pack (Platinum at $ 99,99) gives credits and costumes.

On the new side, let's start with the biggest one: dragons ! They have been in the game for a long time and have encountered many problems. Fortunately, they can count on the unwavering and unconditional support of Daru who now propose to raise one to make one war mount, to choose from three types: red, black, green. The story will follow in the footsteps of the Red Dragons raid bosses, in a story of ten stages, accessible from all capitals (regardless of the nation). 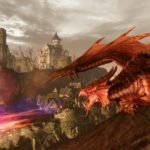 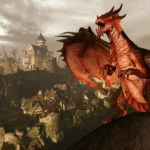 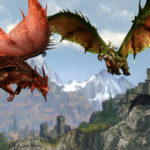 Dragons are huge, in the truest sense of the word. During the demonstration, the developer even had to get off his mount to go under a bridge because he was scraping his back! They fly, hover and have offensive abilities, including a different breath for each (with a large reload time to avoid imbalance). Armor can improve stats and power. The dragons will be accessible to all players, even if a stage will require being in a guild, an item fortunately exchangeable that solo players can therefore still acquire if they have the means.

When a boss dies, a new shadow invasion will start at the very spot where his corpse is. There are a total of 4 bosses on each continent, for a total of 8 invasions. The invasions are intended for players with average equipment, a group of ten people will be enough to defeat them. Up for grabs, interesting rewards with gold, Gilda stars and more. There will also be chests that will require keys to be opened, chests whose keys are created in-game (no micro-transaction!). There will also be a new, very accessible trade pack. 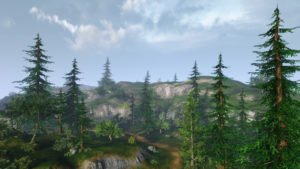 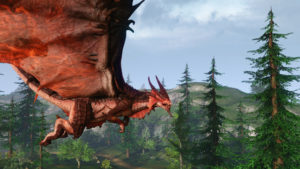 A new interface element is aimed at craftsmen: the Crafting Task board. Accessible from all community locations, this table allows you to create object orders or request the disassembly of an object. Any craftsman can then decide to respond to sell their creation directly to the player, via a safe and fast process for both parties. A button is added in the craft folio which directly creates the order (and this button remains accessible from anywhere).

In an effort to make the game less punitive, upgraded crafting items will no longer be destroyed upon failure. The item will now remain in the bag and will continue to be usable. On the other hand, it cannot be improved any more and it will not work on items obtained from other sources (quest, boss ...).

Many skills are going to be readjusted to improve balance, with the goal of modifying the game's meta and seeing new classes emerge. But all the trees will keep the same requirements on the equipment side to prevent the work done by the players from being lost.

Finally, on the PvP side, the current system limits the number of matches that can be played per day. This will no longer be the case, only the rewards will be limited via a badge system. Players who really like to do a lot of player versus player matches will be able to continue having fun, but they will only receive rewards with badges.

The update is scheduled for April 5th! Full details can be found at https://www.archeagegame.com/legendsreturn.