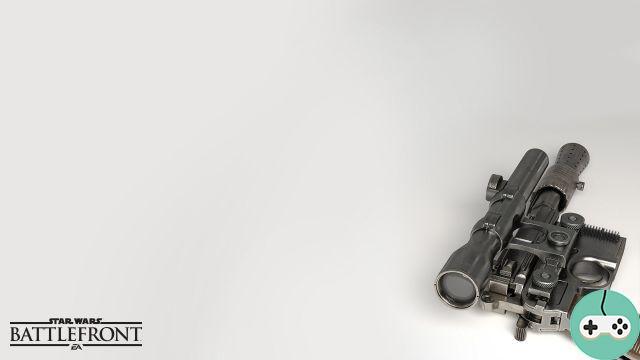 A new article on the official Star Wars Battlefront game site provides an update on how blasters work, while the Help-of-Camp now available provides information on each of the eleven blasters that will be available in-game.

To explain how blasters work, the two designers of the game's weapons were interviewed: Christian Johannesén and Tommy Rydling. The first weapon that was designed was the E-11 blaster, that of the Imperial forces. They then added the other weapons one by one, modifying the existing ones each time to balance the four characteristics: damage, rate of fire, cooling and range. The E-11 and A280C, each side's starting blasters, have undergone the most changes during this process.

The difference in weapons is made on the one hand by these four characteristics, but also by other specificities such as the CA-87 which acts in the manner of a shotgun (and can stun the enemy?) Or the SE -14C firing in bursts of five shots.

All these elements mean that everyone should be able to find a blaster to their liking, and which corresponds to their style of play. The designers for their part have the SE-14C and the DL-44 as favorites. 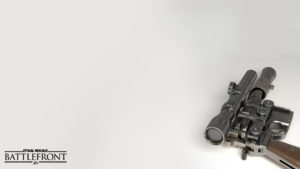 The first stat represents the damage dealt by a blaster shot, compared to other blasters. The blaster that deals the least damage and the DLT-19 while the one that deals the most is the CA-87.

The range is also to be compared between the various blasters. It is in fact a characteristic which has an impact on three elements: the dispersion (thus the precision), the recoil of the weapon (again on the precision) and the loss of power of the shot according to the distance. The blaster with the shortest range is the CA-87 while the T-21B has the highest.

The rate of fire is an indicator of how many shots per second your blaster can make. The prize for the lowest rate of fire goes once again to the CA-87 while the first place is divided between three weapons: the DLT-19, the RT-97C and the SC-14C.

Finally, the cooling power indicates the number of shots that a weapon can fire before overheating (and therefore having to wait to withdraw). The weakest weapon in this characteristic is the CA-87 while the best cooling is for the DLT-19 and RT-97C.

Two examples are given regarding the number of typical shots. The DLT-19 blaster can fire about 40 rounds while the DL-44 fires less than ten.

Once overheating has been reached, it is necessary to wait in order to be able to fire again. However, it will be possible to press a particular key during cooling to speed it up. It will take perfect timing otherwise the cooling will take even longer.

Managing overheating is one of the things that will tell if a player is proficient, in which case they will have learned to release shots before overheating.

So there are eleven different blasters in the game. 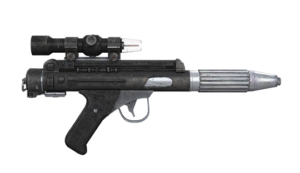 DH-17 : The blaster used by the soldiers defending the Tantive IV against the Imperialists at the start of episode IV. Unlockable at level 3 for 550 credits. 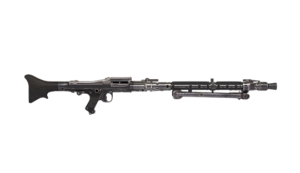 DLT-19 : Featured by several sandtroopers on Tatooine in Episode IV. Unlockable at level 3 for 550 credits. 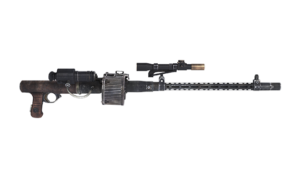 RT-97C : Still one of the weapons visible on the sandtroopers of episode IV. Unlockable at level 5 for 1250 credits 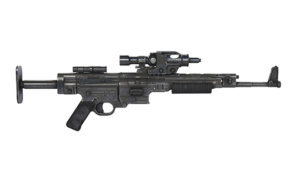 A280C : A rebel weapon this time around, used by Alliance soldiers on Hoth or Endor. Here it is the version of Hoth, slightly different in particular at the level of the scope. Unlockable at level 8 for 1550 credits. 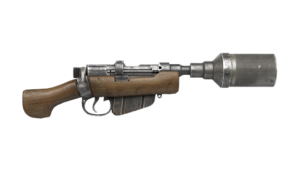 CA-87 : The little blaster of the jawas! Unlockable at level 8 for 1550 credits. Shoot like a shotgun. Extreme damage but only at close range. 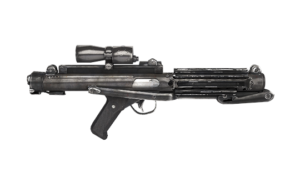 E-11 : The basic weapon of the stormtroopers throughout the original trilogy. Unlockable at level 8 for 1550 credits. 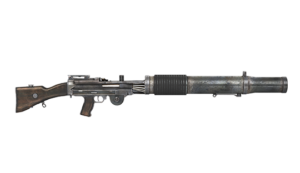 T-21 : Another weapon visible to sandtroopers on Tatooine. Unlockable at level 10 for 2500 credits. 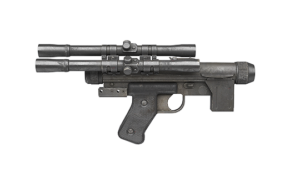 SE-14C : Do you know when Doctor Evazan threatens Luke in the cantina? Well, that's the gun he's got in his hand. Separatist Battle Droids also use an older version in The Clone Wars. Unlockable at level 14 for 2500 credits. Fires bursts of 5 shots. 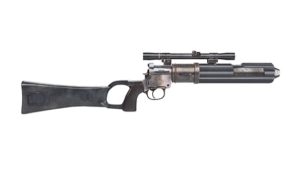 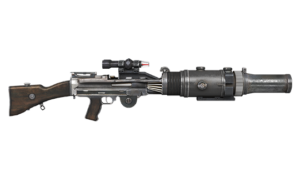 T-21B : Derived from the T-21, with in particular a telescopic sight. A priori the only blaster in the game that is not visible in the movies. Unlockable at level 21 for 2500 credits. 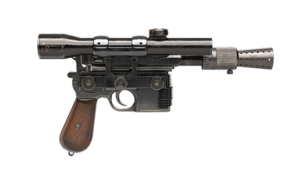 DL-44 : And best of all, Han Solo's blaster, at least the standard unmodified version by the famous smuggler. Unlockable at level 25 for 2500 credits.

Makes a nice choice of blasters, personally I think I would go on the T-21, and you?


Do you want to be up to date and know all the tricks for your video games? In gamesmanagers.com we enjoy playing as much as you do and for that reason we offer you the best tricks, secrets or tips for you to play non-stop. We offer you quality content and always updated to keep you up to date. That's why, in our website, you will find not only videogame guides but also tricks, secrets and thousands of tips so you can play to the limit. Are you ready to get it? Enter now and enjoy your videogame!
GW2 - Fractal: Underground Complex ❯