The game takes place in a strange world. While in the beginning there was only darkness, in which tortured souls lived, a being brought light, warmth and order. Souls ceased to be tortured and the world took shape. Over many centuries, human beings evolved and prospered, until one day a wizard appeared, trained in secret, and declared war on Luce, the being who destroyed darkness. The war ended with her death, and darkness regained control of the world. 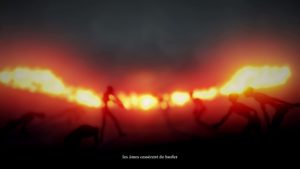 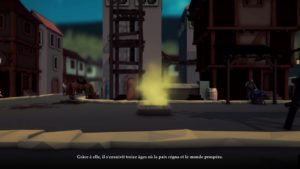 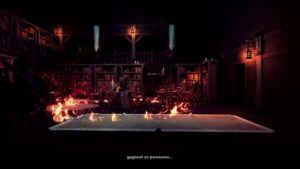 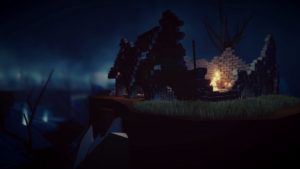 The game places us in command of Nyx, a knight tasked with escorting and protecting his daughter, Aether, who is what is known as an "Indigo," a being whose body perpetually emits light. Our goal is therefore to accompany Aether in order to recover the three fragments that form the essence of Luce in order to be able to resuscitate her and, thus, defeat the darkness.

The story will unfold as we progress, with many surprises and a few little secrets. You will have to explore everything if you want to discover the totality of the story, because, if the game seems to tell only the story of Nyx, Aether, Luce and the darkness, there is actually a second story, much deeper. , dark and mysterious. In addition, the game offers three different endings, enough to offer a little replayability for those who like to discover all sides of the story.

The game therefore puts us in control of Nyx, which is followed throughout the adventure by Ether. Both characters have their strengths and weaknesses, although you only directly and solely control Nyx.

Aether just following, we can however give it basic orders such as stay put, follow us or take our hand in case it needs to go faster. Be careful, however, because when you "force" Aether to move faster, the latter will eventually tire and when it does, she will have to stop to catch her breath. If you don't let her recover and force her to continue, she may end up tripping and falling to the ground, wasting your time and leaving her helpless, at the mercy of enemies.

Aether also serves as "Lamp", which will be extremely useful throughout the adventure, the world being completely plunged into darkness. Even if you have a lantern (whose light is not unlimited and whose recharges are very rare!), it will be impossible for you to use it if you fight, which will mean that you will have to fight in almost total darkness, unless Aether don't be by your side! 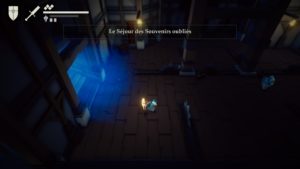 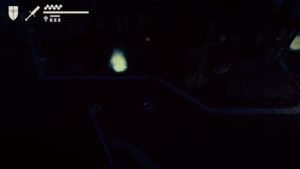 Last important point about Aether, and not the least, it increases the power of Nyx, including related damage and the chance to trigger weapon effects (I'll come back to these a bit below). 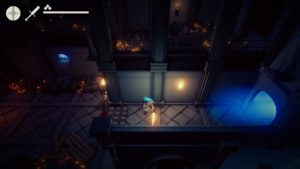 Sword that shines to signify the presence of the bonus 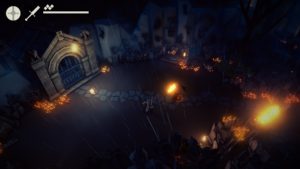 Sword that does not shine, to signify the absence of the bonus

But be careful, because Aether can neither fight nor defend itself and, most importantly, when enemies are within range, she will put herself in a fetal position and wait for you to clean up. Enemies can kill Aether, which will take away all the bonuses it grants you (power boost, emanation of light, etc.), but also, and this is most serious and important,  the possibility of activating the altars of power, which are neither more nor less than the checkpoints / saves, but also those which are used by Nyx to increase its power!

Let's come to Nyx, the character that we control throughout the adventure! Nyx has a whole host of weapons to fight, from sword to dagger, shield and crossbow. Each weapon has its own unique abilities and effects on enemies. For example, the sword will allow you to do critical hits, while the daggers will allow you to inflict bleeding on enemies, etc. There are in total 5 different effects :

The crossbow has no effect and is only used for ranged attack, while the shield him, will only serve to block attacks (but each block will decrease your stamina). 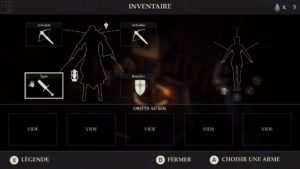 If you are within range of Aether, it will increase the potency of ability effects.

Nyx possessed three "resources". The first is life Of course. The second is endurance. Each attack, dodge, block ... will consume stamina. If it drops to zero, you will be unable to do anything (except move). As for the third, it is a resource linked to the amulet of shadows allowing you to use two powers :

Nyx's gameplay is reminiscent of Dark Souls. Indeed, the game is based heavily on a system of dodge, roll and parry. And it doesn't stop there! Indeed, every time you defeat an enemy, you will collect souls, the latter allowing you to increase Nyx's power and health by going to an Altar of Power (which also serves as a save point). In addition, with each activation, all enemies respawn. And, to finish in the comparisons, if you have the misfortune of being defeated, you will have to find your corpse to recover your souls (and resurrect Aether in the process). 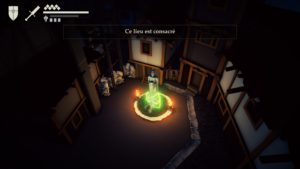 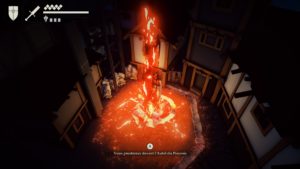 This is, moreover, a point which is very embarrassing. Indeed, if Aether is not with you, you cannot activate the altars of power. This personally posed a problem for me during the adventure, blocking me completely. During the adventure, I was defeated far enough from the altar of power. The area my body and Aether's were in were in an area full of enemies and traps, which made it very difficult to reach Aether. In addition, not being able to activate the altar of power, it was impossible for me to improve my character to simplify my progress to Aether. 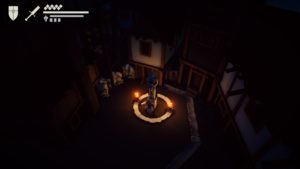 Okay, do I have it in my bone?

The game is really cool. The latter, in its gameplay, takes a lot of things from the Dark Souls series, even if it is played from above like a Hack'and'slash. The story seems very basic at first, but grows and becomes very interesting if you are interested in it and take the time to try to discover all its secrets and mysteries.

On the replayability side, the game offers 3 different endings and is therefore rather a good thing, even if the path is almost the same. On the other hand, there are some concerns, such as being completely dependent on Aether to increase its power or even making a save, which can be very frustrating, or even completely blocking progress depending on the situation.


Do you want to be up to date and know all the tricks for your video games? In gamesmanagers.com we enjoy playing as much as you do and for that reason we offer you the best tricks, secrets or tips for you to play non-stop. We offer you quality content and always updated to keep you up to date. That's why, in our website, you will find not only videogame guides but also tricks, secrets and thousands of tips so you can play to the limit. Are you ready to get it? Enter now and enjoy your videogame!
WoW - What's New in the Interface ❯

Add a comment from Fall of Light - No darkness, no light