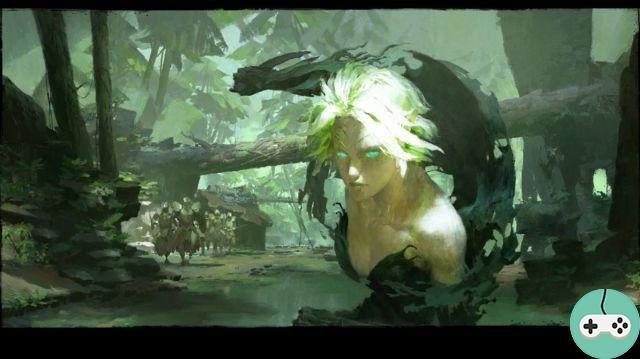 Here are the explanations of the exploration part of the Twilight Arbor. You can find the dungeon scenario mode guide by following this link. The first two paths are the "traditional" exploration part of the dungeon. The third is dedicated to etherblades, unlike the first 2 which are level 55, this one is level 80. To choose the desired path, first talk to Caithe. Find all the detailed explanations of the path of the Aetherblades here! 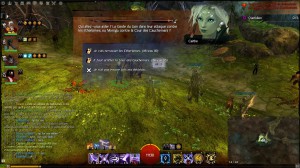 Now that Faolain is dead, his 3 generals Leurent, Vévina and Fyonna fight to take control of the place. We are going to have to fight them to stop the abuse from the course of nightmares. Each time, it will be necessary to destroy the Tree of Nightmares after it has absorbed the essence of one of the generals.

The old path 3, where we faced Vévina and the Tree of 100 spiders, is no longer available since the Aetherblades event.

The beginning is common between the 2 paths. Be careful, there are poisonous flowers everywhere, throughout the dungeon, which release poison if you get too close. Remember to destroy them before moving forward. One hit is enough, goalkeeper stick skill 1 or rebound attacks are particularly effective.

1st boss: the Vine of Nightmares

Here you are in the room of the first boss, it's a jungle wurm. Start by killing the elite wurm at the edge of the room. When all 5 are killed, the boss comes out of the ground in the center of the room. All Wurm have the same abilities 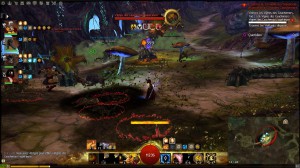 When the boss appears, focus on it. Elite Wurm reappear regularly. One or two people, depending on the damage you do, will have to stay on them to avoid too many areas.

Remember to destroy poisonous flowers regularly so as not to suffer poison.

After defeating it, 2 paths will open up to you: continue straight or go up. 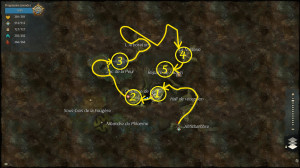 2nd room: the attackers of the Nightmares

As soon as the passage opens, you fall into an ambush from the Cours. To continue, it will be necessary to eliminate all the attackers posted on the edges of the room. Here, nothing very complicated. 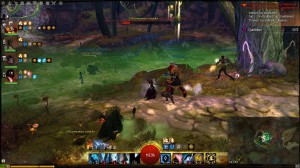 There are no chests as a reward. However, a waypoint will be available.

Before entering the next room, you will have to face the Patrols of the Courtyard if you follow the path. I recommend that you go straight ahead (following the dotted lines on the map) to avoid them. Be careful though with the champion wurm that will appear near the bridge. Kill her before facing the Champion Guard on the bridge. 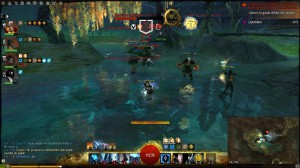 All four guards will have to be killed to continue. They are protected by energy bubbles which must not be crossed under pain of instant death! 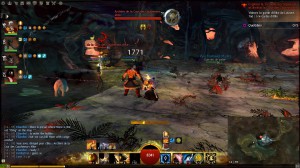 To kill them, use ranged weapons and plan a few projectile returns. The melee will have to cross the portal marked with a nut on the map. This portal is constantly changing its place, it is not practical to take it.

Here is one of Faolain's former generals. He is protected by some members of the Court. Attract them from far enough so that Leurent doesn't hit you right away. When they're all dead, go after the boss. He has the annoying habit of immobilizing you before giving you a big blow with the hammer which hurts a lot: plan a little dissipation to avoid it. It will also leap at someone: to be avoided. He doesn't have any other abilities, however his normal hits do quite a bit of damage. Try to control it as much as possible. 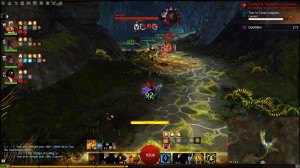 5th boss: the Tree of Nightmares

And here you are at the heart of the sylvari problem! After the tree has eaten Vévina, it will spawn Oak Hearts which will immobilize if you stay near them. It suffices to keep them at bay circling around the boss. It is not worth killing them because they reappear continuously, instead focus on the tree. 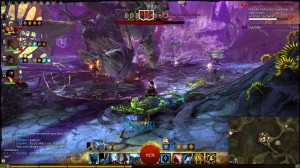 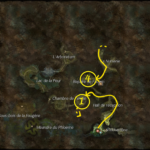 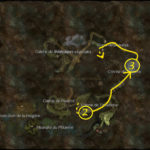 Before facing the boss, it will be necessary to empty the room of its groups of spiders. Stay at the entrance to the hallway and attract each group one by one for ease. Plan dispel spells against them, you will have a lot of ailments otherwise. 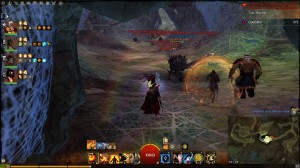 When they're all dead, you can kill Malrona quietly. It has 2 capacities: one poison breath which inflicts a lot of damage, one should not stay in front of it; and of large areas of poison which do even more damage, it is important not to stay in it. 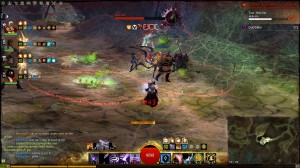 Once dead, continue on your way. Either clean the corridors by moving slowly, there are spiders in large numbers. Either go to the tunnel, there the spiders will no longer follow you. 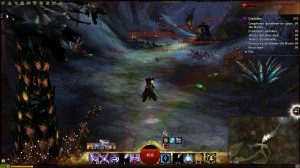 It is in this corridor that you will face the spider queen because in the room where she is, there are eggs all over the place that hatch if you get too close. 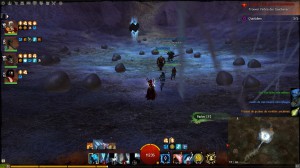 Attract her then do it barbarian! Nothing difficult, he's a pole boss. 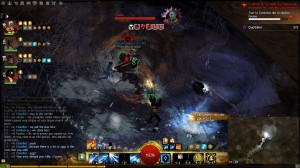 4th boss: the Tree of Nightmares.

Against him, it will be necessary to stay at a distance because he does a lot of damage in melee. Sylvar turrets will grow here and there. Only destroy the ones that heal the boss, there is no need to take care of the others.

It will make areas that must be dodged, they bring out roots from the ground which do a lot of gross damage. 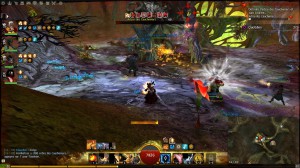 And now you know everything! Good luck for this dungeon!

Wildstar - Halloween will be the 1st seasonal event