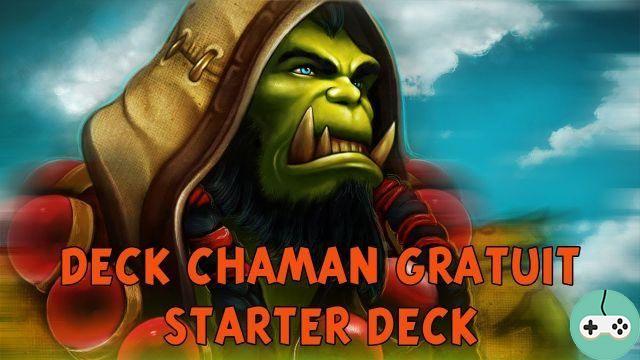 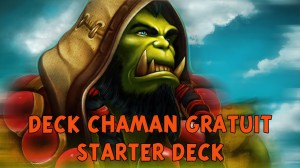 Welcome to my column on HearthStone! I will now tell you about a deck (your deck of cards in games) f2p (free that can be done with little or no dust). Today we are going to talk about the Shaman!

This free Shaman deck is going to be an "aggressive" deck, so it will be "mid game" (you have to win in the middle of the game). An aggressive (or agro) deck is a deck that will allow you to go fast. This means that the match will only last 5 minutes (usually). As this deck has a good win rate (+ 50%), you can accumulate games quickly and climb to rank 10.

Let's start by seeing the cards that make it up:

The goal of the deck is to manage the table as little as possible or even better  ignore it If it's possible. It's up to your opponent to take the lead on how to do this. However, you will need to do table management at the start to save as much time as possible.

To play this deck well, you need to successfully put a lot of creatures in and release a Blood Fury that deals +3 damage to all of your creatures. For 7 creatures that can attack, that does a total of 21 damage (not counting damage from creatures) making it your finishing move that can be played quickly in the game.

Like I said, the power of this deck is that you have multiple knockouts. Indeed, the Windfury coupled with 2 Rockcracker Weapons on a Charge creature also does great damage quickly. In this deck, charging creatures have between 2 and 5 points of damage. With this combo, it therefore makes ((6 (2 x rockcracker weapon) + 2 (or even 5 of the creature)) x2) = 16 to 22 damage.

Do not hesitate to land Blood Fury for the first time to put your opponent under 15 hit points. Why 15? Quite simply because if he heals himself (generally 6 or even 8), he will always have between 21 and 23 points of life, within range of your second knockout.

Even if you don't have your knockout combos, having a lot of creatures (including totems) with a Raid Leader (+1 attack bonus to your creatures) brings you big damage to the table. or at least enough to control the opposing table.

You have to be careful not to play too many cards and to keep a good amount of creatures in your hand. The reason is simple: your opponent will clean the table one or more times during the game and you must be able to leave quickly.

Do not play Rock Cracker Weapon without your combo too early, it could cost you the victory. On the other hand, Windfury can be played on its own as long as the creature in question has at least 5 attack points and it is for the purpose of doing damage to your opponent.

To find this article on video with more explanations and demonstration matches:

Until next time for a new article on Hearthstone!