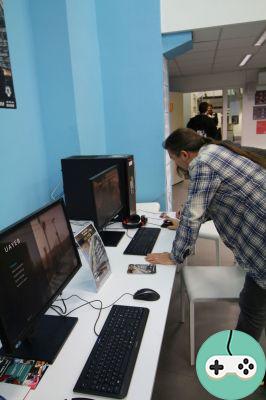 During our turn toIndie Games Play #6, we were able to test UAYEB an indie game still in development quite promising in the style of the adventure game in first person view (FPS). 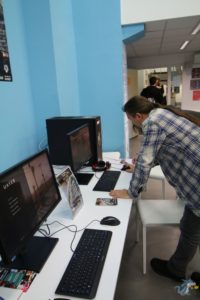 UAYEB is one of the creations of the independent studio ICA Games founded by Francis Courchinoux. This person may not be unknown to you because she worked for Vivendi & Ubisoft studios on AAA titles like Half-Life, Warcraft 3 or even Homeworld II. In 2014, he wanted to change course by devoting his time to a personal project: UAYEB.

Mainly centered on adventure, the game takes up several styles which have had some success in recent years, such as ARK for example. It is divided into four styles: 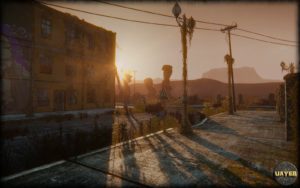 Survival is at the heart of the game and all environmental elements will have to be taken into account in order to avoid any problems. To give an example, at the start of the game we find ourselves feeling cold and our screen becomes very cloudy (even a little too much in my opinion). To counter these effects, you will have to take a hot shower, for example, to regain clear visibility of the interface. Other parameters must be taken into account so as not to end up on a Game Over such as hunger (food), life (care kit) and thirst (drink). The last point, endurance, allows you to run fast for a while. If you run out, your movements will be slowed down.

To help you survive, your character will have access to a laptop giving certain information such as your quests but especially your inventory. If it drops to zero battery, you will no longer be able to see your inventory which will greatly compromise your mission. It will also be useful for all the management of crafting and item design. 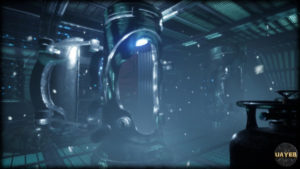 Finally, the game will run on CryEngine 3 which gives it a certain cachet of realism! For an independent game, I was quite captivated by the graphic paw where a real investment was made. The survival part is very difficult to take in hand at the start of the game because we are quite lost and it is a bit the fault of this style of play. Some caveats to note on the title all the same, there will be no spanish version in the title and some realistic effects like cold can be really hard for the player to bear.

UAYEB will debut on Steam GreenLight in mid-2016 with an early access date scheduled for 2017.