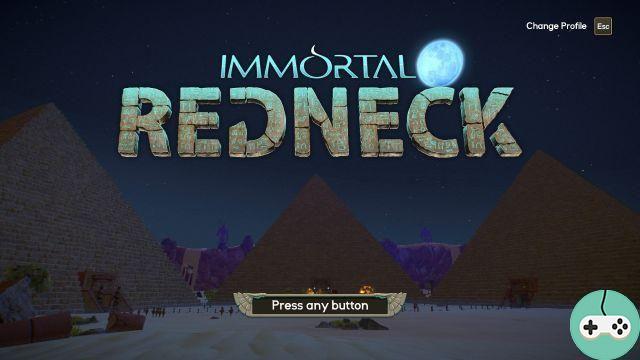 We play a poor little lost tourist who wakes up mummified in ancient Egypt after an accident. Why is he here? How did he survive the accident? And, above all, a crucial question, why is he mummified? Because yes, generally, this does not often happen to ordinary people (not to mention the journey in the past, well, let's move on!) ... The answer lies in the three pyramids filled with danger of Giza, all protected by a army of monsters and huge drooling bosses. Our mission: enter the pyramids, kill everyone and find out what's going on! 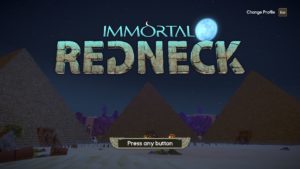 The part begins with a brief tutorial which explains the basics, the instructions being engraved on stelae, ancient Egypt obliges. The controls are rather simple, the character advances with the keys of the WASD keyboard (but they are reconfigurable if you want to change that for the spanish keyboard). He jumps with Space and sprints with Shift. 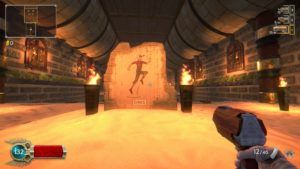 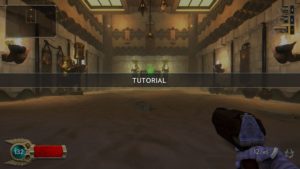 For weapons, this happens mainly with the mouse, the left click to shoot and the wheel to change weapons (or the keyboard keys 1 to 4 to directly choose a specific one). At first, he has a simple pistol that has a precise shot, a sawed-off barrel that has a less precise shot, but knocks back the target, and dynamite to deal area damage. 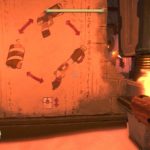 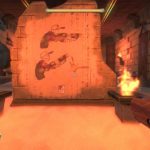 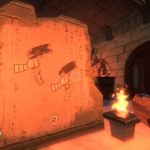 I find myself in the gloomy rooms of a pyramid invaded by various monsters. As my life does not regenerate, and all death is final, you have to really pay attention to the damage suffered and dodge as much as possible. Fortunately, monsters mostly cycle, launching energy beams or balls, or even charging at regular intervals. To survive, it is therefore "enough" to be attentive and to dodge. 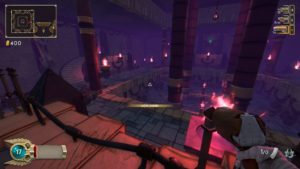 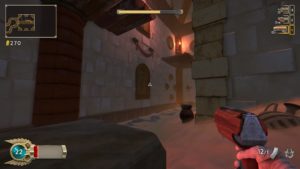 This is easy to say, much less to put into practice. It's quick to lose a few hit points here and there, and the end is here. Not very glorious, the top of the pyramid is far for me ... 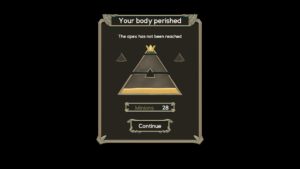 Fortunately, even if the death is final, a progression remains despite everything between the parties thanks to the talent tree. By spending the gold collected during the matches, skills are unlocked and increase the damage lavished, resistance to attacks suffered, base defense, critical strike chances ... Suddenly, little by little, the character becomes more efficient, the levels are simplified, and it is thus possible to advance each time a little further. Well, the only concern, trying a pyramid costs more each time, which limits the points that can be spent in the tree ... 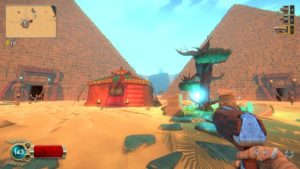 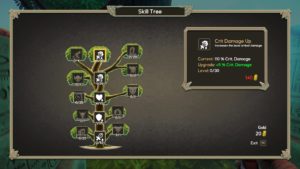 This talent tree is accessible from the small base, the place where our character reappears after each death when leaving his sarcophagus, in the middle of the three strange pyramids. 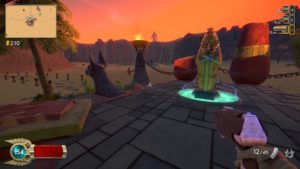 In game, we will note the intelligent way in which the life of enemies is notified: according to the color of the shooting cursor, going from green to orange, from a target in full health to a target going to die. Knowing that the cursor is colorless when off a target, also aiding aiming. Finally, once the creatures have been seen, they appear in red overlay behind the scenery elements. On the other hand, no indication on the mini-map, everything done in the old fashioned way, in direct vision! 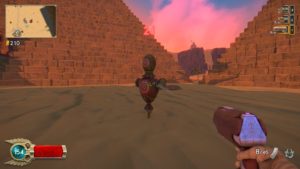 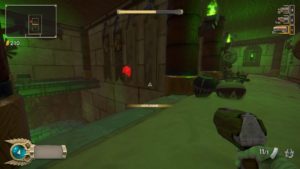 Before going to the conclusion, the characteristics:

Immortal Redneck claims all levels are old fashioned side, with somewhat dated graphics, classic levels, decent music, but a bit repetitive. It hangs, or not, but the copy is clean and the whole well done. The quantity of weapons, monsters and scrolls, not to mention the procedurally generated dungeons, offers great replayability in this title which will occupy the shooters of ancient Egypt for many hours. A good point especially in the progression system, a perfect mix between the punitive system that we used to know and current expectations. Personally, total final deaths usually demotivate me very quickly. Here, even if I still struggle to go far enough in the levels, at least I don't feel like I played for nothing. Immortal Redneck didn't totally convince me, I prefer more modern shooter games, with more advanced graphics, and innovative gameplay. But if you have a moment of nostalgia, or just love these game modes, don't hesitate to give it a try!

Do you want to be up to date and know all the tricks for your video games? In gamesmanagers.com we enjoy playing as much as you do and for that reason we offer you the best tricks, secrets or tips for you to play non-stop. We offer you quality content and always updated to keep you up to date. That's why, in our website, you will find not only videogame guides but also tricks, secrets and thousands of tips so you can play to the limit. Are you ready to get it? Enter now and enjoy your videogame!
SWTOR - RiM: Head of Operations ❯

Add a comment from Immortal Redneck - An Old Fashioned FPS