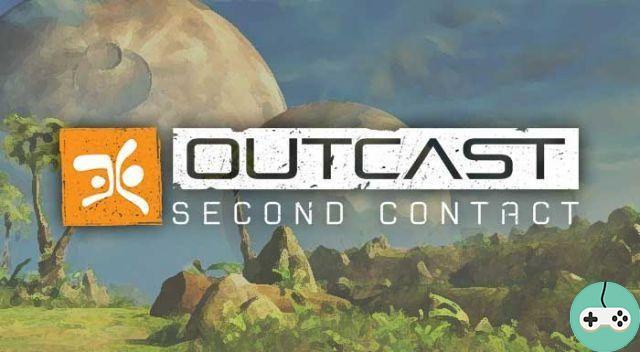 Outcast: Second Contact is developed and published by BigBen and was (re) released on November 14, 2017 on PC, PS4 and Xbox One!

Following the work of Professor William Kauffman, who found a way to propel themselves into parallel worlds, the military decided to explore these through probes. Unfortunately, while a probe was exploring the First World, it was destroyed by local wildlife and the portal became completely unstable, threatening to engulf the entire planet. 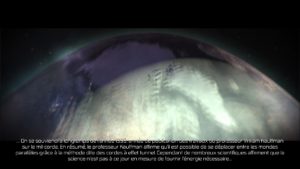 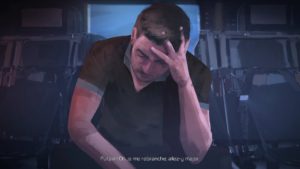 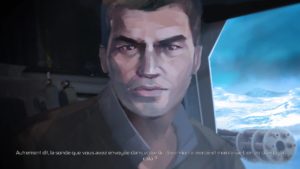 Cutter Slade Wilson, an elite soldier, is dispatched by the army to leave, with a team of scientists, in the parallel world in order to find and repair the probe. Unfortunately, nothing goes as planned! Slade wakes up in a curious village, in the presence of strange inhabitants and discovers that he is the only one to have been found by the inhabitants and that his team is missing, as well as the probe. Moreover, the news of Slade's arrival has spread among all the inhabitants of this planet and he himself is regarded as the “Ulukai”, a being sent by the Yods, the deities of this people. 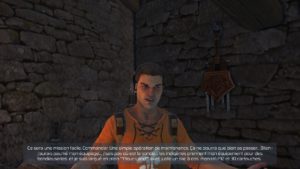 The story is after all classic, but the universe is extremely rich. We discover a whole new planet with its peoples, beliefs, customs and even language. The game is full of humor and jokes, all with the brilliant spanish voice of Bruce Willis! 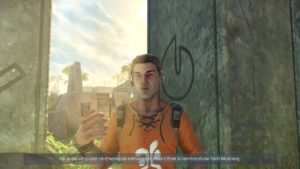 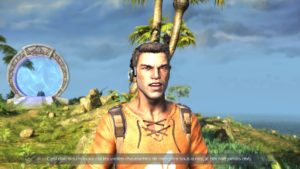 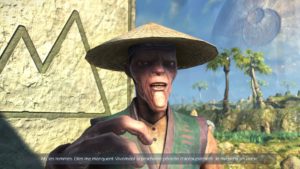 The game is a remake of its ancestor released in 1999, however, it is mainly the graphics that have been changed. The gameplay, it is almost the same as that of 1999. I prefer to warn from the start, it may not appeal to everyone.

Indeed, the game mode is not at all "assisted" (which is a good thing), but it also has, unfortunately, the faults of the old games. The jumps are, for example, very imprecise and often quite boring to achieve, we often find ourselves blocked because of a simple small stone, it is impossible to pass as soon as it is a little sloping or not suitable, and a host of other pesky little details from the era of early 3D games.

Other than that, the game is really very good. As a reminder, even if it went relatively unnoticed when it was released in 1999, Outcast is the very first true 3D game with an open world (eh vi!). And although today it has become commonplace, it is still fun to explore Adelpha (the world of Outcast). Although the "construction" of the world has aged compared to current standards, the world remains very large (without reaching the proportions of a Breath Of The Wild, GTAV or Witcher 3) and is full of many secrets in areas as diverse as they are varied. . 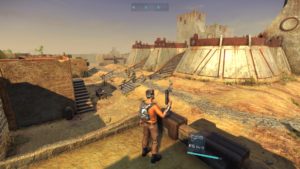 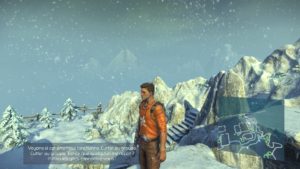 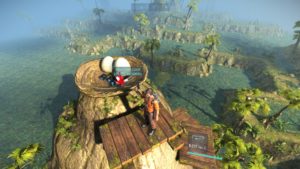 On the gameplay side, if you're old (like me: D) and you've played the 1999 version, you won't be too disoriented. Fortunately, some small new features and mechanics have been added, such as the ability to be stealthy or perform dodges / rolls. As for the arsenal, the game offers a dozen different weapons each with several levels of improvements as well as secondary armaments, such as sticks of dynamite for example. On the accessories side, we are also spoiled with portable teleporters, invisibility objects, binoculars, etc. 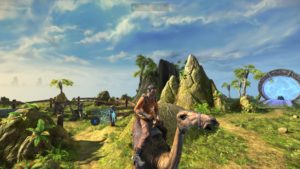 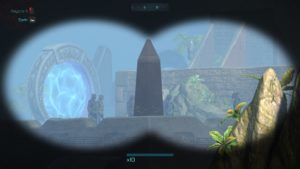 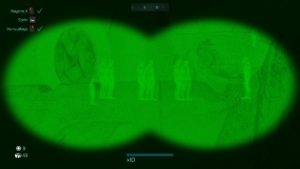 The strength of the game comes from its total freedom of action, choice and consequence. In the game, you can do whatever you want, even kill all the friendly NPCs in a village. A reputation system is present in the game, the least of your actions will have consequences on your allies, but also on your enemies! So you can, for example, reduce the food supply chains for enemies, which will result in dissension among enemy troops and drastically reduce the number of guards in some areas, or make them weaker. It will also have an impact on the help you get from NPCs, trade, etc. 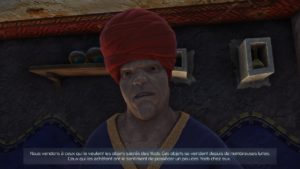 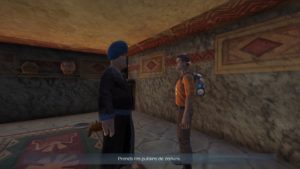 Indeed, when arriving on the planet, all your equipment was, like your colleagues, scattered in all corners and collected by the local inhabitants. The latter take them for relics of the Yods (their deities) and will not necessarily get rid of them voluntarily or for free. But if you are a "good" Ulukai, people will be more inclined to part with these "protective relics" because they will feel less need to be protected (although some will still try to rip you off). Conversely, if you are a "bad" Ulukai, they will look for anything and everything to feel protected and it will be very difficult for you to recover your equipment. 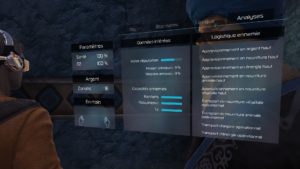 The game is full of side quests (in addition to the main quest). Moreover, the quests can greatly help you for the main quest, but you do not have to complete them. The quests are like the rest, "old fashioned". So, do not expect to see an exclamation mark or a halo of light around an NPC who offers a quest, for this you will have to discuss with everyone (and there are a lot of them!). It's the same with regard to their realization, the only thing that will help you is your "notepad", which serves as a quest journal on which is written a small information line of the style "Machin m 'said he would like to have a contraption'. There won't be any directional arrows, markers on the map, or anything like that. Old fashioned I tell you! And, personally, I find it not worse. It forces and prompts us to explore this gigantic world. 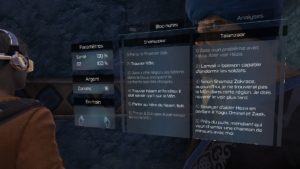 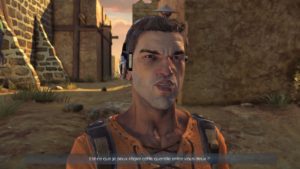 Let's start with the graphics, these are the ones that have changed the most (normal, since 1999!). Without being at the level of a triple A of today's big studio, they are really beautiful and we are entitled to some pretty panoramas and sets. Even if some small decorations could still be improved, the whole is really well done, pleasing to the eye and offers an appreciable variety: forests, deserts, volcanic areas, snow, etc. 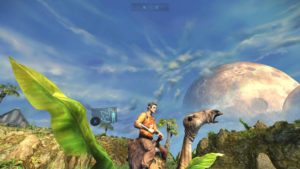 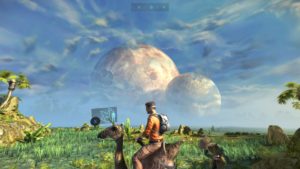 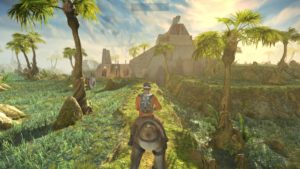 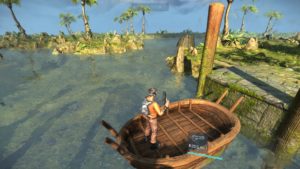 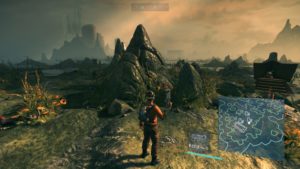 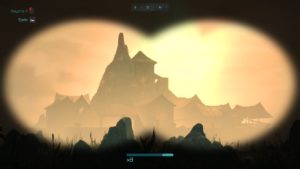 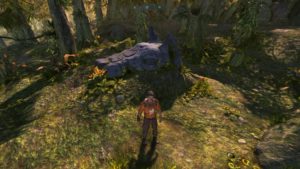 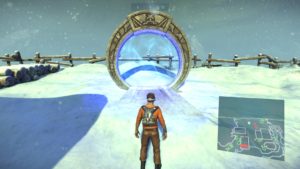 On the sound side, the game is doing well. They kept the sounds of the time by remastering them a bit. We are thus entitled to the legendary spanish voice of Bruce Willis in the role of Slade! The musics were also well worked. However, there is a rather annoying problem in the long run: the volume. Often times it is very poorly handled and a noise or voice is heard very loudly while chatting with an NPC, which covers their words, or else interrupts the dialogue altogether (and removes subtitles at the same time), which prevents us from knowing what the NPC is saying.

And finally, optimization. On PC, the latter is correct, but there are some issues. Often, for no apparent reason, the game has big IPS drops. During one of my gaming sessions, I even had to quit the game, because after a really big drop in IPS the game got "stuck" at 13 constant FPS. But even if these IPS drops are fairly regular, major problems are still very rare.

Outcast: Second Contact is a great surprise for me! Having known and loved the 1999 version, it is really pleasant to rediscover this universe in remastered and brought up to date. The game is not free from flaws, especially as regards the optimization or the few sound problems, nothing insurmountable. And even if the gameplay has aged quite a bit despite a few small additions, it's still very playable and easy to learn.

If you loved the original version or you like this kind of game, I recommend it!