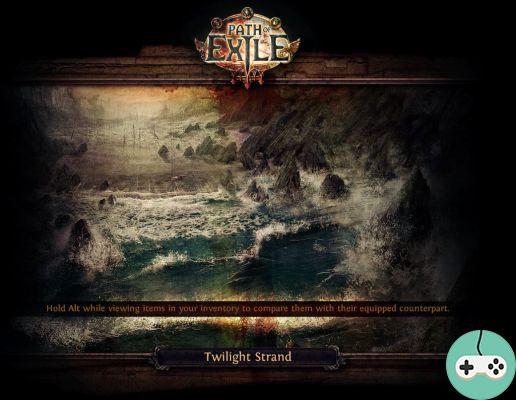 Having spoken on Friday, I had to test Path of Exile, presented as dark, promising gore and blood. Well, I warn you immediately, without necessarily enjoying playing little ponies or dressing in candy pink, I remain a sensitive soul and I do not appreciate the excess unnecessary violence. So it was with a bit of apprehension that I launched the game on Saturday night.

From the outset, things seem complicated for our hero because the character creation takes place ... in a jail! As announced, we have the choice between a Templar (a warrior with a shield), a shadow, a marauder (a warrior with a big hammer), a ranger (hunter), a duelist (a warrior with a sword) and a magician. . Each time you click on a character, the latter is presented after a small animation. A nice way to get in the bath.

True to my reputation, I choose a contact class (cac DPS), a mixed warrior and thief (my favorite class style) and go for a duelist (although the Shadow looked likable as well). I find myself in a very bad position then, on a beach ... and my adventure begins. First encounter, first villain to kill!

As you'll definitely want to uncover the story as you play, I'll stop there in the reveals and focus a little more on the interface and the game itself.

Discovery of the game 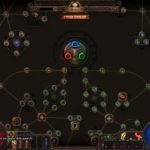 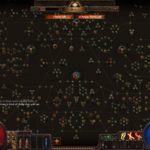 The ability screen is ... scary, very scary! I did not count the number of abilities that can be unlocked but there's no need to say, we can really make "his" character, as we want .... or as we can!

Once this first grip, forward! After rushing through the crowd like crazy without really understanding how to go back in my life, what had to happen happened ... 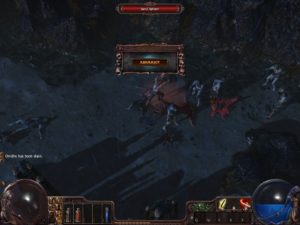 Back to the save point (the start a few hundred yards away) and this time I am looking for how to regenerate my life. In fact, things are quite simple: our character wears potions (base 2 life and 1 mana) on his belt and can use them whenever he wants, 2-3 times per vial. Namely, once used, the vial remains empty for a time before gradually recharging.

Another fun thing is the loot: Items are dropped on the ground (as always in this type of game) but the highlight is only displayed by pressing "alt". I am divided on this subject: it's cool because prettier but you have to think about it (and since I'm rather used to rusher without thinking about hack'n'slash ...)

Regarding secondary abilities, when I connected with my new character, I had a gem in my bags, a pretty red gem that I was able to place on my sword which had three slots (green / red / blue). This gem allowed me to unlock a new "Cleave" attack which, as the name suggests, allows me to do damage to multiple targets around me. After a while my gem leveled up, kudos to her? What is amazing (and practical) is that this gem is extractable and can therefore be taken from one weapon to another! 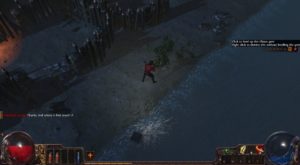 There are also quests upon arriving at the first town (Lioneye's Watch). We find the eternal question mark and the presentation is not devilishly original. We "discuss" with the NPC by choosing among 3-4 questions, while writing, as on traditional RPGs. A little "old school" side not so disturbing after all even if recent games have accustomed us to better. 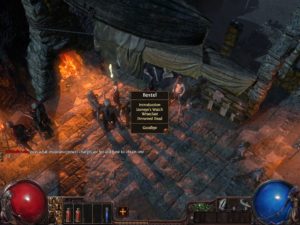 The first black point for me is the lack of a minimap. Indeed ... it is simply absent. When you don't have a sense of direction, it's not easy to know where to go without having a visual cue that allows you to know where you are and where you are going. The map, displayed transparently over the character, is not very clear.

Then, the difficulty of the game makes the grouping practically obligatory; unless I am not good but very quickly, the monsters arrive in bands far too bad to be defeated and so I often had to fall back to the main city, defeated. They clearly planned the thing (encouraging it a priori) by proposing an interface to create / join public groups allowing to progress with people (up to 6) of the same level and with the same objectives. But it's damaging not to have a choice. 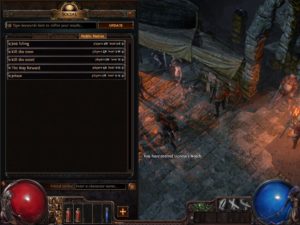 Finally, the quest rendering is far from intuitive, it simply lacks an indicator .... Because nothing indicates on the guys that they expect something from me. No doubt this will be added later. Nothing can either identify the vendors or simply the bank safe (it's just a big chest, placed there in the city, just as well an element of the decor. You have to hover the mouse over it to see that it is reactive and therefore approach to open it). However, the city guards sometimes have nice gifts, like the one who, as a quest reward, later gave me new gems, allowing me to have new abilities: 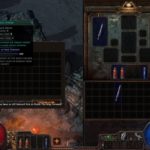 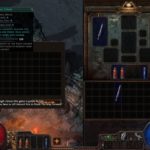 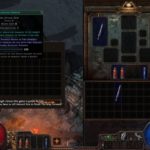 I played about 2 hours and this game is really not bad at all, I was not shocked by the blood and the guts, it is not more trash than Diablo III for example. Without revolutionizing the genre, it brings a new batch of adventures to followers of the genre in this future title offered in F2P. For those who can afford it, it is clearly worth a small investment and deserves to be supported in its approach (Path of Exile is developed by a small independent New Zealand studio), for my part, it's done. Afterwards, you have to see what the store will give and whether it will be possible to play without necessarily going to the cash register. According to their description, the store will concern cosmetic (pets, mini-pets) and optional (name change) aspects.

In any case, the developers are very involved in their games because Jess and Brian, two developers, came by Sunday morning, chatting with the testers and directly answering questions about the game! A player (Serj) asked if a spanish version was planned and Brian replied: "possibly yes", not bad! 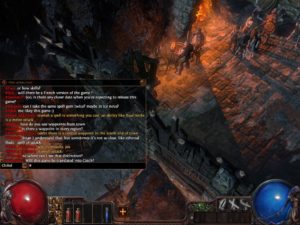 To watch therefore, and very closely for all fans of the genre!


Do you want to be up to date and know all the tricks for your video games? In gamesmanagers.com we enjoy playing as much as you do and for that reason we offer you the best tricks, secrets or tips for you to play non-stop. We offer you quality content and always updated to keep you up to date. That's why, in our website, you will find not only videogame guides but also tricks, secrets and thousands of tips so you can play to the limit. Are you ready to get it? Enter now and enjoy your videogame!
SWTOR - The Maverick PvE (1.5) ❯

Wildstar - The Partisans of Serrick Brightland

Add a comment from Path of Exile: beta preview