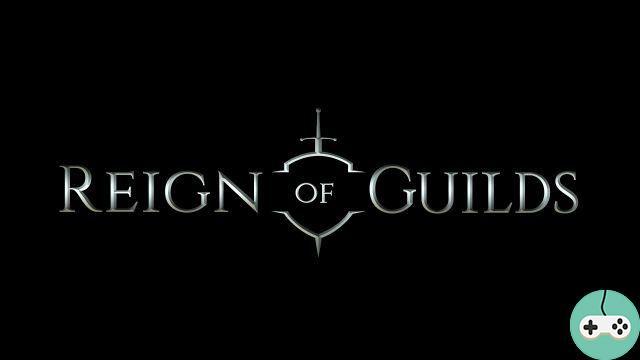 Reign of Guilds is a very young and nascent MMORPG that is currently in the alpha phase. You have undoubtedly seen the advertisement on our site at the moment, the opportunity to redo you a small article if you missed our brief first glimpse. 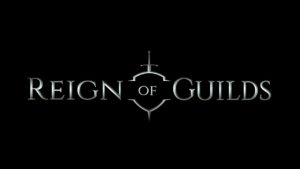 We find ourselves in a kingdom in peril, of which even its own history has ended up being forgotten to the point that some even come to doubt that it was originally a kingdom!

The kingdom was "cut" into 4 parts, each representing a cardinal point and occupying between 200 and 250 km². Each of these parts has between 6 and 7 counties, around 10 towns and 30 castles. And in the center is the king's county. The main place through which all exchanges between each of the parties pass. This is also where the guilds are located.

Players will thus be able to move freely from one game to another, but will have to go through the King's County, which is the one and only way to go from one to the other. 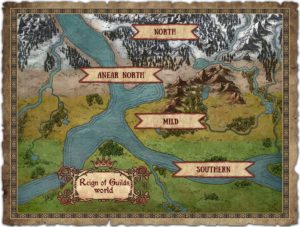 Reign of Guilds is an MMORPG that relies on a guild warfare base. Thus, players will be able to create their own guilds, evolve them and fight others. But not only, it will also be possible to make alliances between guilds: to trade or to conquer new territories "together".

So we can choose an association. The latter is linked to the guild and not to the player. There are three different associations: traders, artisans and mercenaries. 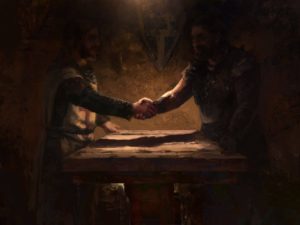 The game also offers a system of crafting, kingdom conquest (by attacking and taking control of castles), but also the opportunity to win titles, and even the throne!

Considering the atmosphere and the orientation of the game, it presents itself as an old-school hardcore game. Those who played MMOs in the late 90s, early 2000s can already see what that means. The loot will absolutely not be tied to anyone, the game will mix up both PvP and PvE in the open world. With each death, your avatar will lose experience as well as items from your inventory made after your disappearance, items that can be picked up by other players. Ah la la, memories of Everquest, Lineage & co!

In addition, the game will feature a progression system, allowing the player to start off as a simple warrior, then passing as leader, count, etc. until reaching (with luck!) the status of king!

The game offers only one race: humans. You will be able to customize the appearance, gender and name. On the other hand, you will not find any “standard” class system in the sense that the class is not defined at creation, but according to the way in which you evolve your character.

This development is also taking place differently from what the vast majority of MMOs offer. The character level up after acquiring a certain number of attribute points. These are obtained depending on what you do, such as using a weapon, abilities, taking hits, etc. 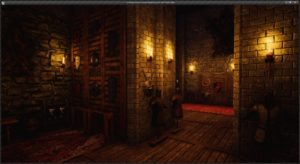 There are two possible character evolutions: physical and magical. It is quite possible to climb both, each having 60 levels. The two orientations each have 4 attributes.

After reaching a certain level (level 16 to be precise), the player will be able to choose to join a vocational school among three categories.

Since the game is completely free and under the control of the players, once a person has successfully captured a castle, many options unlock. 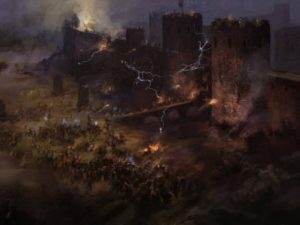 The guild leader automatically becomes “Count”. The guild thus obtains the possibility of collecting trade taxes and using them (among other things) to pay the maintenance costs of the castle. But we must be careful, because the management of taxes will have a direct impact on the inhabitants of the kingdom and on their quality of life.

If a guild manages to capture and control several counties, it will then be possible to go and capture a castle in the king's county (the central kingdom) and thus obtain the title of king. The king has the same powers as a count, but also collects the royal tax.

The developers have paid particular attention to the atmosphere of the game, so that you can totally immerse yourself in it. The game has a dark and magical atmosphere and it is with these two “key words” that the team has developed the whole game (sets, weapons, armor, etc.) as well as the composers!

You want to test, the game is currently in open alpha!