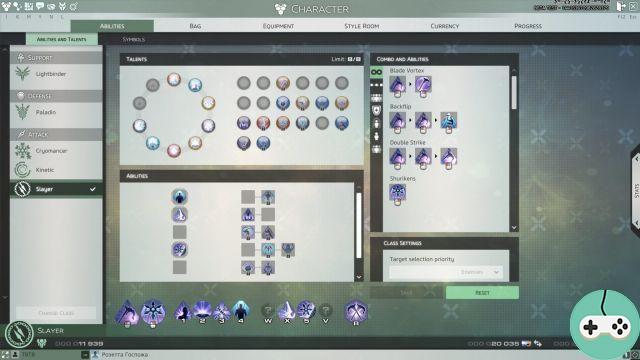 In Skyforge, your character will be able to play all the classes of the game (in the same principle as FFXIV). You will not be limited to the class you chose when creating your avatar.

At the start, you will only have access to the 3 base classes: Lightbinder, Paladin and Cryomancer. But as you progress in the game, you will be able to unlock all the other classes. In order to access it, you will have to advance through the Ascension Atlas, Skyforge's progression system, which will be the subject of a future article. At the moment, 9 classes have been announced, according to the devs, there will be 12 of them when the game is released.

Classes that have been the subject of announcements by devs or concept-art: 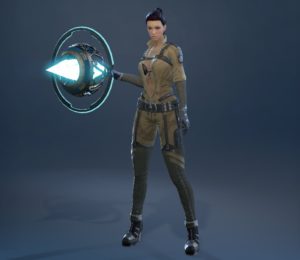 Play what you want, when you want

From the moment you unlock a class in the Atlas, it will be available in the class interface. As long as you are not in combat, you can choose to play any class that interests you. 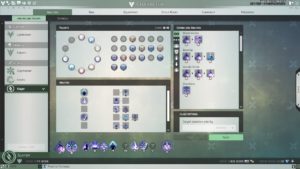 The build system is all in all quite classic. You have access to talents, passive abilities, acquired by the Atlas. You have to choose which talents you want to use by putting them in the talent wheel, whose slots are unlocked through quests as you progress.

Same principle for capacities. You have locations for which you must choose the skill to activate.

This build system can be modified at any time and place (as long as you are not in combat) via the reset button at the bottom of the interface (for a few credits, in-game currency).

Skyforge is an action-oriented MMO (a la TERA). Here, no cursor, the movement of the mouse causes a movement of the camera as well as a change of direction of the movement. To target, you have to bring the viewfinder (in the center of the screen) to the target. There is the possibility to lock it afterwards as well as to use the classic TAB-targeting.

Skyforge offers an evasion system, essential in order to avoid the devastating capacities of our adversaries. No or few telegraphs, you will have to watch the animation of the enemy and dodge at the right time (the number of dodging is limited by charges and a gauge recharging over time). Placement is also very important: many abilities do area damage or on a line, some also require you to be stationary.

In the image above, you can see a purple gauge, corresponding to the energy. The latter is generally consumed by your most powerful attacks. She can regenerate over time or through the use of other skills. Managing this energy is an important facet of combat in Skyforge.

In addition to the classic instant or cast skill system, Skyforge offers two other mechanics:


Which correspond to the sequence of left and right clicks. These must be continuous, if you move or use another skill in the middle, you will have to start over. It is possible to change targets during a combo, as long as there is no movement. 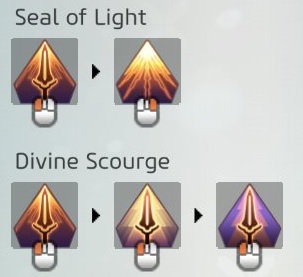 By keeping the corresponding button pressed, a gauge will appear. The final effect will depend on which part of the gauge you were in when you released the button. 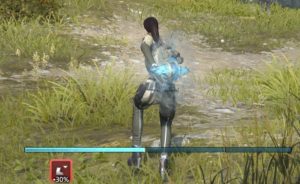 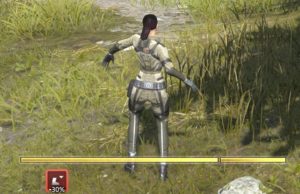 To finish on the mechanics, each class has an execution skill. This attack is only available when the target is low in life, its main effect is to defeat this target (quite spectacularly by the way) but will also have very important side effects in terms of gameplay. In addition, in general, to return a certain amount of energy, this execution will also, depending on the class, allow the use of a skill that you cannot use normally, or increase the damage of the next attack.

This mechanic can be very interesting in attacking a group of enemies: kill one quickly in order to use an execution and thus trigger the side effect.

When this skill is usable, a contextual action will appear, asking you to use the key you defined. 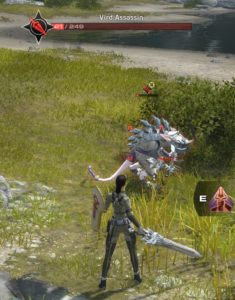 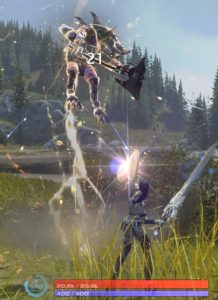 And presto, a little commented video that illustrates all of this:

So much for an overview of Skyforge's class and combat systems.

add a comment of Skyforge - Class and Combat Systems