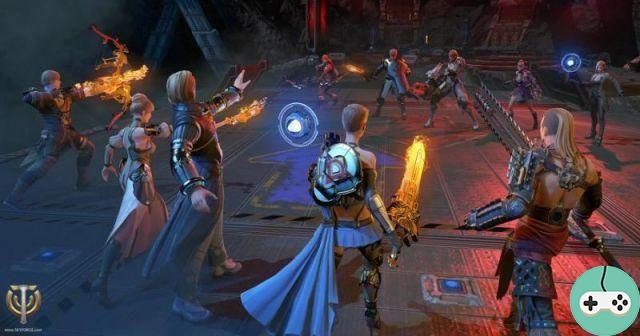 In this article we will only cover one of the facets of Skyforge gameplay. Who says online game says duels and fights between players and, like any MMORPG which respects itself, Skyforge does not make exceptions to the rule. 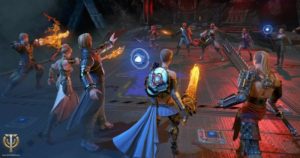 In any game, the player has complete freedom to orient himself on the branch of gameplay offered. Whether he devotes himself to PvE or PvE, he will often specialize although an ambivalence of the two gameplays is not to be ruled out. Either way, PvP offers a different take on the game: players who venture into these arenas to be killed will be willing to challenge their own skill by testing them against opposing players who will surely expect the same. of themselves. Also, some will only come to play in PvP for fun and enjoy more fun and dynamic gameplay than PvE.

PvP (Player vs. Player) is a game mode that allows for battles between players. These fights take place on any scale, whether in 3v3, 10v10 or more depending on the chosen mode.
I will first introduce you to the PvP modes currently available on Skyforge and what they consist of, we will cover other points later, like the reward system and the principle of PvP for the designers of the Skyforge combat system.

This arena is based on the classic “General Melee” game mode. The 6 players are scattered around the map and the goal is to reach 10 dead first. Whoever succeeds will of course be victorious. Death will always revert to the player who inflicted the killing blow on the victim, regardless of the damage inflicted by other fighters. The central pillar also grants bonus damage and power. The closer you are to it, the more exposed you are, but the more you will be able to engage your endorsements and gain the advantage in a duel or even in a fight that would seem to be to your disadvantage like a 1v2. 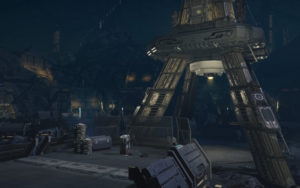 The game mode of this arena is a team deathmatch with two teams of 3 players who can be formed by premades (players you already know) or random team (randomly composed team). The arena has a main platform that separates the two spawn points of each group. PvP in this area takes place over as many rounds as necessary until a team achieves 5 wins: the team that has achieved this will be declared the winner. 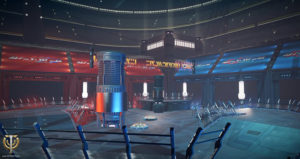 Ring of the Immortals (16 player)

The game system of this arena is geared towards taking control points. This card is only accessible at a certain level of prestige. The game system is run on two teams of 10 players. Defend the captured control points to score as many points as possible. The first team with 2000 points wins the match. Plus, your points will go up faster as you capture more and more points. Be careful, it is naturally implicit that having more tactical points, it will be harder to defend them, take into account the composition of your team and choose your strategy wisely beforehand.

The game mode of this arena is escort. Two teams compete, one must protect the convoy, the other the attack. The roles will change with each round. The attacking team can simply prevent the escorting team from dropping off the cargo, then the attacking team will win the round. The cargo only moves forward if it is accompanied by at least one player from its team, otherwise the platform moves back. The more escorts there are, the faster the escort to the key point. The offensive team can make use of cannons located high on the map. 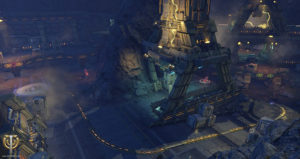 The match is a Capture of the Flag. Again, there are two teams, this time made up of 12 players. This map is the largest for the PvP arena style. Each team has a simple task: capture the enemy flag and bring it back to its own camp. However, your opponents will not let it go and this is where the ordeal gets complicated. There are three ways to approach the base. You can either go through the lower part of the level, or through the heights or the jump boards that will propel you into the opposing camp and maybe even in the middle of their rank. Remember, a planned strategy allows a better organization of the roles of the players of the team and by extension a greater probability of winning the game. It will be a question of defending and attacking at the same time, an approach and an approach. explosive and immediate defense, for example, will increase your chances of taking the opponent's flag without too many confrontations and perhaps even distracting them in order to flee as quickly as possible in your ranks. 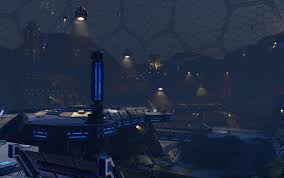 The reward system is also very well thought out for each of these game modes. Indeed, when you will seek to increase the level of the temples and the provinces of your Order, you will see the need to obtain tablets of Okki, Ascension Rings and other items essential to the evolution of your Order. When you participate in PvP, you will receive this reward regardless. In addition, it is a good way to have in your inventory a bag with random and often interesting rewards, these rewards will however depend on your victory. Either way, you'll find a weapon there to match the class you're playing when opening the bag, a Spark Replicator, and other lambda rewards. PvP is no longer a matter of competition only, but also a quest for resources and improvements.

In conclusion, the game modes, although classic, meet all the expectations of an amateur or high level PvP player. Whether you are united or solitary, your gameplay should be oriented on an anticipated strategic approach and a significant knowledge of the game's classes to ensure an optimization of the possibilities of victory.