This article is a complement to the first article which introduced the quests of Ilum and Belsavis. Now, on Corellia, you will be able to make 9 new daily distinctions that allow you to purchase equipment.

No need to rush to Corellia: you must first collect a quest from the Fleet station, on the main passage, above the Cantina. The Imperials will pick it up from Sergeant Karloss (in the Southwest) while the Republicans will pick it up at a Holonet terminal (in the Northwest). Both quests (Empire: Fall of Corellia / Republic: Rise of Corellia) require the same thing: travel to the Black Hole on Corellia.

Direction his ship, to get to the planet. Once on the surface, just outside the spaceport, a shuttle will gently take us directly to the Black Hole, a new area totally independent and dedicated to daily quests (it doesn't even look "really" on the planet. because you can't see the general map of Corellia when you try to zoom out). 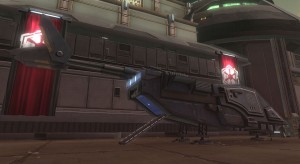 You can make 9 daily distinctions per day thanks to 6 new quests (4 solo x1, 1 zone x2 and 1 heroic + 4 x3). All of these quests are in the same area and it's very simple! If this is the first time this day you come to the area, you are automatically given a quest. The other 4 normal quests are taken in a building right next to the shuttle (Horizon outpost for the Empire, Sentinel outpost for the Republic), at a mission terminal.

Once the normal quests are completed, a final Heroic Quest +4 becomes available.

On this same terminal, you will find a weekly quest, Black Hole Crisis, allowing you to obtain 6 Black Hole Awards, the new currency to purchase the new raid equipment. It simply consists of completing the 6 daily quests!

Come on, a little math. By doing these 6 quests, you will accumulate 56 credits every day. The weekly reports 043 credits. That is a total of 16 credits per week! If you have that you can't afford some Inheritance Abilities! 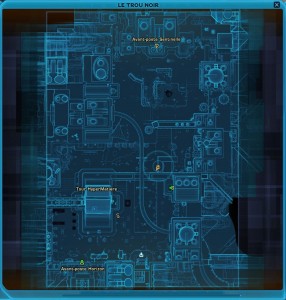 As we continue to earn daily distinctions, we still have access to old equipment (especially the popular Rakata implants and ears). Fortunately, new objects have been added including some very interesting relics. You can make your purchases from two sellers present in the outposts but also kept your habits and contact the old sellers on Ilum and Belsavis who have reviewed their stocks to present these new objects. 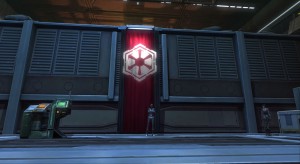 Heirloom Merchants in capital cities will exchange these kits from you for level 14-16 (Legacy) or 29-33 (Legitimacy) Legacy Gear.

And finally, a few shots of this area of ​​Corellia: 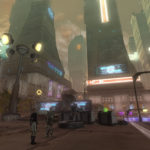 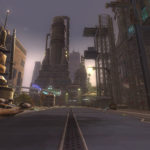 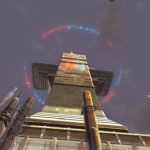 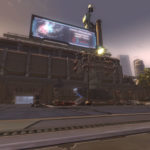 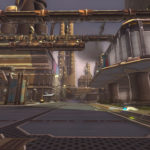 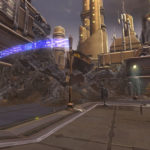 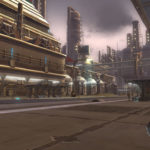 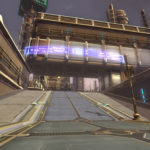 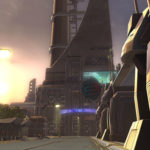 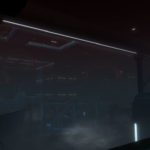 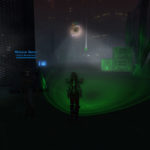 Add a comment from SWTOR - Daily Quests on Corellia (1.2)