Given the number of weak enemies present in the operation, we quickly come to the fourth boss of the Dread Fortress:  Zero Corruptor 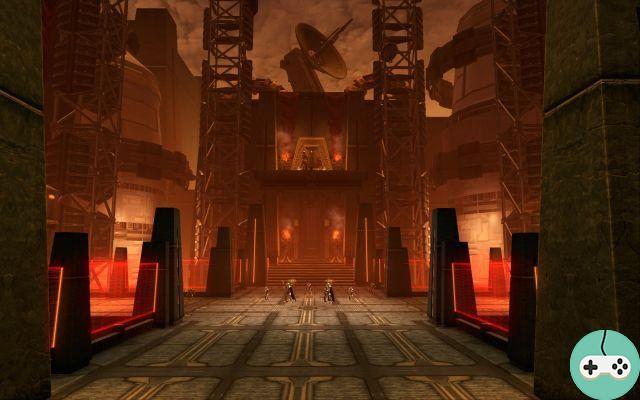 This fight has a number of important elements detailed according to the enemies:

And here are the boss's abilities: Zero Corruptor

This boss has been a big topic of conversation since this week because it has indeed been corrected. We now have impact mines that cast and stack correctly. You are therefore now forced to regroup near the boss on all phases unless you regularly want to see the life of the group melt unnecessarily. In order to optimize the damage, it is recommended to place the boss near a pillar because this one throws you regularly.

Regarding weak enemies, they appear 20 seconds after the arrival of the boss and then every minute. In order to limit the loss of life as much as possible, I recommend the following order of priority:

After the 4th group (or even less depending on your composition), the boss should be around 30% health. It is at this moment that he decides to send himself then to descend on one of the white dots of the map to incant his laser beam. You will then have to determine its exact location quickly so as not to die (I advise you to look at your minimap). Knowing that he repeats this operation 4 times and that he systematically changes lines, you will simply have to alternate between the two black circles after each ray. To make matters worse, weak enemies will come and attack you. 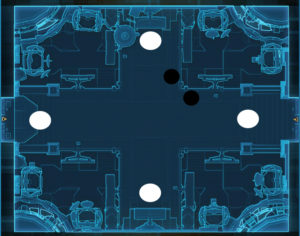 If you can get through this phase, even with a few deaths, don't worry because the rest is no more complicated than banging on a training dummy. Still stay together near the boss because he will continue to cast his percussion grenades.

Corruptor Zero has been much more complicated to kill over the past 2 weeks due to a bug on his "impactful mine" spell. This bug having been modified yesterday with patch note 2.4.3, it is time to review the changes.

Finally, there is no very big change on the starting guide but rather a precision that will make all the difference in this fight: The spell of the impacting mine now at a minimum distance of 3m (instead of 10m), This comes down to saying that you have to stay glued to the boss at all times.

For the phases of weak enemies, I recommend the following system:

For the famous red zones, there is only one thing to do ... anticipate them. Here's a fairly easy way to predict them:

This fight is ultimately not so complicated as long as all the mechanisms are understood by all. This still requires that your damage classes are equipped correctly because the longer the groups of enemies take to kill, the more damage your group will receive.

CroNix Online soon in Europe and in spanish