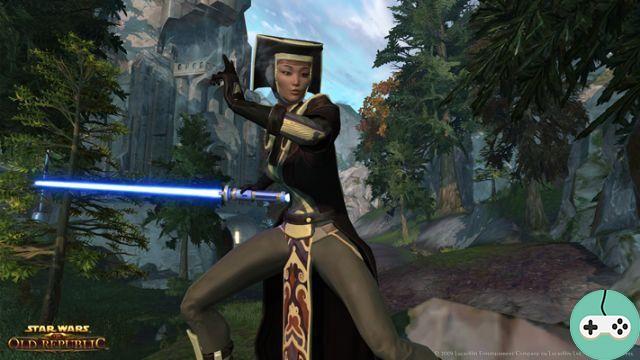 Mothership, initially on Phateem and having recently migrated to Mantle of the Force sent me this text, originally posted on his guild's forum (Illendar, a guild made up of two groups of 8 players, just fallen all content HL, Kephess is dead, long live the king!). He sought to answer the question: "how to play overheal in a group without being caught in the flag". In the end, it is a real guide that he offers us!

Most people play 31/7/3 which is quite viable and the most widely used, I prefer to play 32/7/2 but that's for quibbling.

The interest being to lose a little less life during the noble sacrifice, between that and take 1% less damage, I prefer but this is only my point of view. 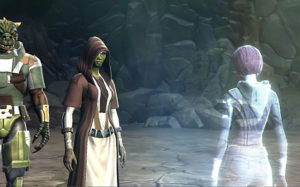 Regarding the statistics to boost first, we will have in order:

Willpower, in addition to being your basic characteristic, increases your potency and criticality. No limit on this statistic, the more you have the better.

Potency increases ... the power of your base spells. Putting 1 point of power is worth more than 1 point of willpower (but does not increase your crit). No limit on this statistic, again the more the better.

The critical allows you to increase your chances of healing better, reaching 35% is a good threshold. Going beyond is less interesting.

Surge allows you to increase heal when it has received a crit. 70/75% is a good threshold to reach. Going beyond is also less interesting.

Alacrity allows you to reduce the cast time of your spells. Useful but very expensive to gain more than 2 tenths on a long cast (deliverance), compared to other statistics giving a better efficiency of your spells.

First the scholar has lost his splendor don't complain like me, you will quickly become bitter, but it is a fact he is no longer the healer he was before 1.2. A disturbance in the force no doubt, the dark side all that all that. Mainly you will now have as mission:

The new youth, the spell to be used almost all the time (before casting a healing spell and / or as a precaution) gives you the "cession" buff which gives for 8 seconds a benefit on the spells below (all our care for the shot):

Hope I explained it to you, it's just a must have for all of our spells. Besides, if he criticizes, he can do 2000 VP, that's always a win. Be careful when you are in a hurry, casting new youth blocks the launching of your other spells for almost 1 second, hence the interest in anticipating its launch.

One of the spells I use the most for at least two reasons. For one thing, it's a spell that, with the right gear, can restore over 8000 HP when you cast it to the end and crit multiple times. Another advantage and by far the most important, when a criticism is made on one of the healing ticks, during the channeling of the spell, you will then be able to use the "noble sacrifice" spell without the force penalty. will cost a little life, obviously, but it will give you strength and that is priceless.

Without this frequently used combination, you will understand that you will never end a fight with strength, so you will be a burden for your fellow adventurers and you will be spit on the Republic Fleet. More seriously it is necessary to analyze the level of its force from the beginning of the fight and to slow down as well as possible the fall of force (like Oil Han). As early as 90% achieved, do it as much as possible when you can. The best is to stay above 60% strength throughout the fight. This will allow you to be able to respond to an untimely burst of heal (very consuming because you may not have time to cast noble sacrifice) without leaving you at 0% at the end of the phase. Once the burst has passed, you will be between 30 and 50%, then you will have to return above 60% by using a healing trance as soon as you can. Do not hesitate to ask your secondary healer to heal you if you are struggling to build up your strength while making up for your loss of life.

LETTER : I insist on this spell because for me it is A MUST when used frequently not to let the force leave you and rather effective in terms of assist heal or to raise someone who has taken 5 - 8K damage (for good or bad reasons you will settle your accounts later).

To go back the life of at least two players, this spell can be effective, within the group of DPS CAC or DPS distances, do not hesitate to stick to it. This will allow you at the same time to regenerate the life consumed by noble sacrifice, mentioned above. Personally when I cast the area, I immediately try to put on a new youth + a healing trance to make a noble sacrifice. So I regain strength while compensating for the loss of life.

Our biggest healing but very long to cast: 2.5 seconds (excluding alacrity bonus) which allows you to anticipate a significant loss of life and that I alternate with the healing trance on an intensive healing phase (with another healer for example). Make the new youth before is not obligatory, but always allows you to make the hot and the defense bonus so why deprive yourself of it. The trick in particular with this "long" spell is that if it suddenly becomes useless (the player is already full life for example (thank you Keilan) or has not taken the planned damage) you just have to move to cancel this fate and not lose the strength points engaged. At the highest, you can (on another healer) do spells> 7K, on ​​most DPS / Tanks you will have a result between 6.5K and 7k which is damn good (when Keilan gives you time to spend it I repeat).

I hardly use this spell, I find it too costly in strength for the result. It is the only spell whose noble sacrifice does not lower the cost but increase its effectiveness but the game is not worth the candle, I think. The only times I use it are when my healing trance isn't available and a player urgently needs 3K / 4k of heal before they can send them the healing trance (and therefore 6k - 8k in 3 seconds). 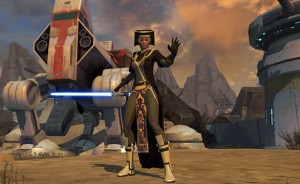 If I'm in a hurry because the boss hits hard for 15 seconds for example on Karagga the 3rd boss, I skip the noble sacrifice (4) my primary objective is to keep the player alive, I will recover my strength later in the next cycle . The second new youth (5) history of being able to directly cast a new healing spell.

If I have to make a zone:

Depending on the need, I do:

To this is added your Restoration spell which removes two negative effects on the target, as a very good example I will give: charring in the lost island in hard mode. It's a good way to see if the healer you have on the ZL HM is ie: good, responsive and knows his character and spells well.

Often the player will tell you that he has a dowry, you will have to cast this spell immediately, if you have several to remove, it will each be his turn: tank, dps then healers. Some dowries can be removed while others cannot, with time you will recognize them. Moreover, by paying attention to it frequently, it will become automatic without the player needing to warn you.

Your grapple that can save lives (rarely is true) if a player has all the difficulties in the world to arrive on the collapsing platform of SOA it's time to use it or even more recently on Hèle storm and Scorched when a DPS has been sent away from the shield area. Possibly to reduce the threat of a DPS (do it on a tank and it will curse you for 15 generations: never do and on a DPS it must be warned before not to break its cycle).

Strength content that will increase your critical chance on the next two spells (DPS or heal) you are going to cast. You need that critical healing trance without throwing new life or to put out a big 7K on your favorite tank with deliverance, you can do both in stride without paying more.

It's quite long I realize and certainly uninteresting for another player, but it will allow you to hold a group without ending up at 1% strength at the end of the fight but easily beyond 40% if you forget yourself. or if you try your hand at DPS (very expensive for a heal). If you need further explanation, my rates are high but not unaffordable.

QUBE 2 - First Look at the All Cube Puzzle