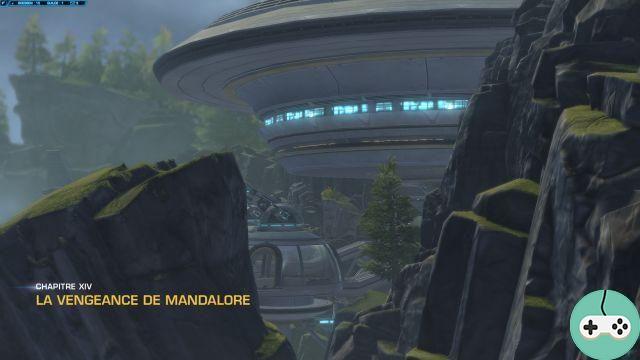 Besides the failure of their mission, Kaliyo and Aric brought back a database of their foray on the spire. This base having been entrusted to Scorpion, she discovers that a droid and a copy army are at the origin of the control of the ships of the Eternal Fleet. This droid that the copies are based on is called GEMINI PRIME and its technology is similar to Scorpion. Through Theron we therefore engage new troops to collect more information on these droids and we go to Darvannis. 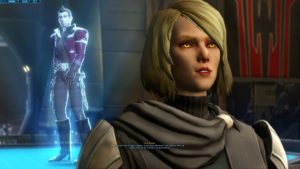 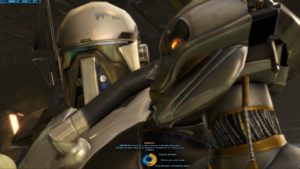 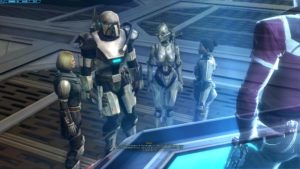 Our new allies are Mandalorians with Shae Vizla now Mandalore the Avenger. Tired of remaining on the defensive, they happily participated in this operation. Unfortunately the news is not good, our adopted clan and the old Mandalore suffered badly, hence the change of title in favor of Shae Vizla, whose clan fared better against Zakuul. It was therefore under his wing that the other clans gathered to face the enemy. 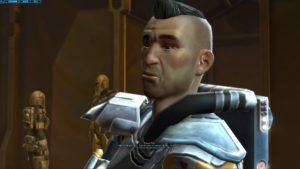 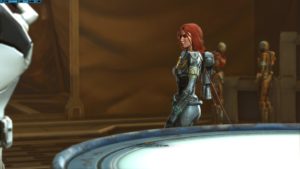 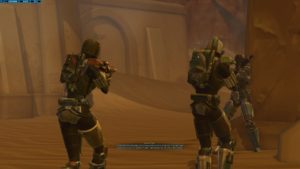 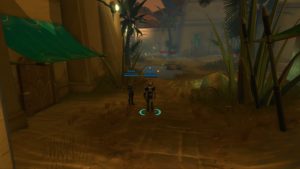 And what a surprise, Thorian Cadera is present. He will accompany us for this mission. The majority of journeys are made out of phase, so opponents will only be leveled at normal level and not in master difficulty on the map. In addition there is no point of reappearance in the phases so, if you die, prefer the probe to the medical centers.

We start by heading towards three structures to deactivate Zakuul's cannons in the perimeter. The first, to the west, is protected by a skytrooper guard (elite) whose damage is high and must be absorbed or reflected. Otherwise, it has no significant capacity and will just spawn two (weak) turrets at the start of the fight. A simple zone of damage will solve the problem as will a spread of dots. 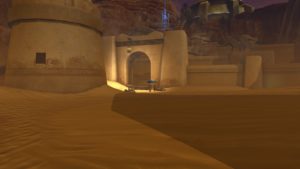 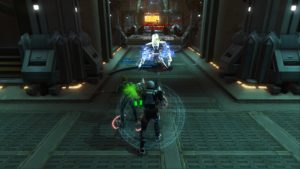 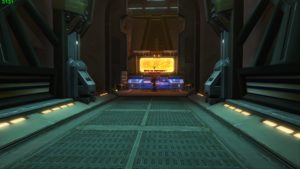 The second, to the east, is protected by a skytrooper (elite) accompanied by an anti-personnel droid. Having a tendency to summon other units when we passed them on the outside, we'll settle his score first. The skytrooper works unlike the previous guard, he has little base damage but does a lot of damage to his abilities. Reflect it or interrupt it either by hiding while channeling or by controlling the skytrooper. 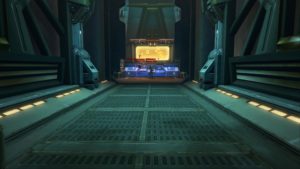 The last, to the south, is a skytrooper along with two autotourelles. A simple zone of damage will get rid of the turrets at the entrance then the skytrooper will jump on us. It will deal heavy melee damage. Reflect or control it with a stun ability and interrupt its channeling.

After the last cannon is reprogrammed, we learn that Mandalorians are stranded, surrounded by droids. We leave the assessment of the situation to Thorian who explains that they are doomed and prefers to shoot to spare them the shame of being eliminated by droids. This amuses Arcann who was observing the situation and chooses not to intervene as he thinks Darvannis can defend herself on her own. We then return to the camp to prepare for the final assault. Shae Vizla distributes his troops, but Thorian worries about the droid's fortified positions. We will therefore eliminate the battalion of snipers and other droids covering the clans. 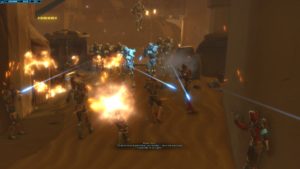 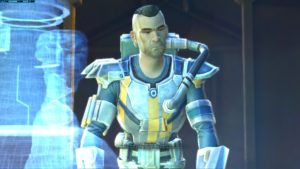 We go to the armory and meet many droids to eliminate, since that is our mission. We quickly arrive in front of a door from which will come out many skytrooper. Their damage is low: we just kill them until we can doom the armory. Let's start again a second time later to see the arrival of the skytroopers base commander. This droid will summon others during combat and has low health. In addition, he connects the pipes. The fast channeling hurts a lot, the coordinated channeling summons droids and the others also do quite a bit of damage or we'll stun. He becomes invincible during the droid spawn but will do nothing during this time. We must therefore take the opportunity to come back alive at that time if we can. These summons will also each drop a poison grenade that must be dispelled. 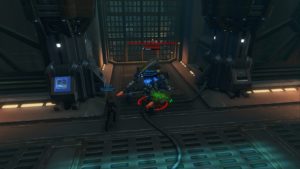 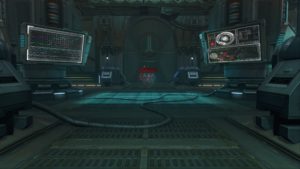 Once defeated, this droid gives access to the console to deactivate the sensors and prevent the intervention of reinforcements in the face of allied assaults. In doing so, Lana contacts us and sends us a map just extracted from the data collected on the arrow. She has reservations about the loyalty of the Mandalorians, but we ignore them. 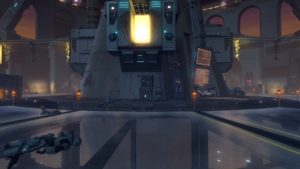 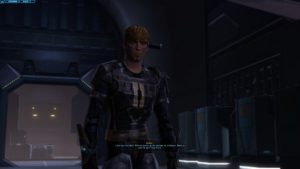 Our actions have cleared an assault corridor towards our objectives and we are seizing the opportunity to recover the droid GEMINI PRIME. We are helping by giving the plan to the Mandalorian troops to take advantage and collect weapons to equip themselves. We set off on our side towards the droid factory.

In the basement, we are stopped by ZT-001D, This droid isn't mean. He will spawn waves of three normal skytrooper regularly, and all of his abilities consist of a circle placed on the ground that can be pulled out. We then access GEMINI PRIME, Scorpion asks us to remove it from its base but countermeasures are put in place and we do not have access to the panel. Not wishing to damage the droid we simply ask him if he can initiate the disconnection sequence and here we are with what we were looking for. Finally, before leaving, we collect a new Mandalorian ally. Thorian Cadera will accompany us as an intermediary with Mandalore. 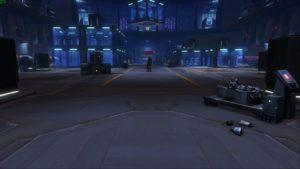 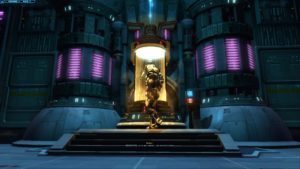 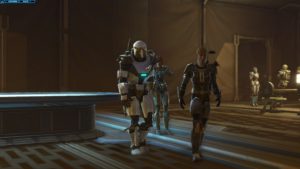 On Odessen, Scorpion analyzes GEMINI and tells us that it will be able to determine all the positions of the GEMINI captains. Thus, we will be able to know exactly where all the vessels of the Eternal Fleet are located. An isolated ship presents itself to us with the possibility of investing it in an attempt to take control of the fleet.

add a comment of SWTOR - KOTFE in master mode # 14