SWTOR - Meaning in the texts 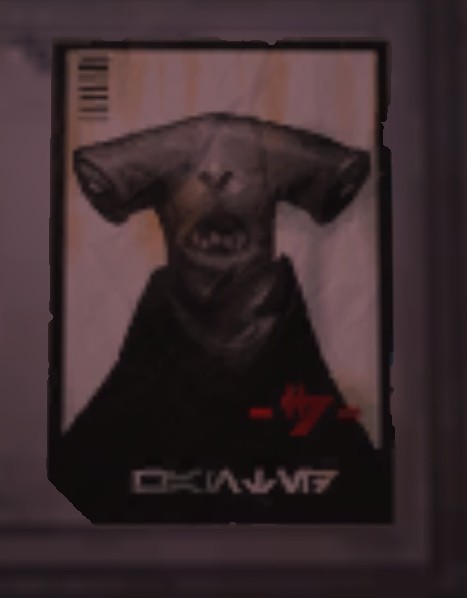 I had told you in one of my previous articles about the Aurebesh advertisements on the Republican fleet, but had you seen these other posters and understood their meaning ....

Bioware has dotted its set of billboards in Aurebesh. I had already told you about the one present on the Republican fleet in this article, and as I am nice I am attaching the interesting extract here:

Advertising in Aurebesh on the Republican fleet

A little publicity too 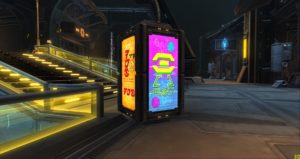 And indeed as I indicated to you previously, the Republicans often have to take vacations because there are many places in the fleet of billboards promoting the merits of a company offering travel.

These advertisements can be deciphered because they are written following the alphabet Aurebesh, the most widely used to transcribe the Basic Galactic Standard, the official language of the galaxy. 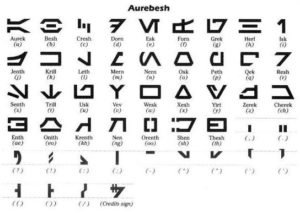 The Aurebesh is the retransciption of our alphabet in Star Wars sauce, its name is also taken from the first 2 letters Aurek and Besh. If you want to know more you can consult this site. 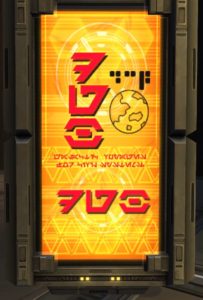 This panel, for example, advertises a company called "DGB" which offers "GALACTIC VPYAGES FOR CIVIL SYSTEMS". You will also notice the small ball, a P having replaced an O on the panel. 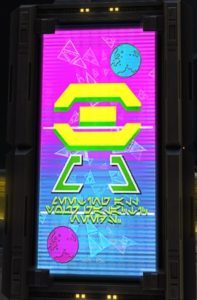 Now it's up to you to decipher this second panel ...

To conclude on the Aurebesh you will be able to notice in your future walks on the various planets of the galaxy that many inscriptions in this alphabet are present in particular on Nar Shaddaa but also in other unexpected places that I would reveal to you perhaps a day. In addition, the name of the website is also written in this alphabet on the right.

All these signs are not necessarily of interest. However, we can find some pearls in The Old Republic:

This poor SOA that you have been killing for months has its head put a price on the whole galaxy in exchange for many credits ... 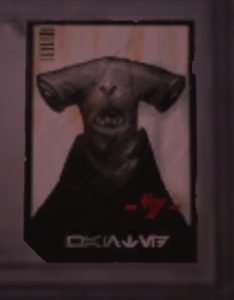 Unlike the Republican Fleet, you will find very little advertising for the Imperial Fleet, only propaganda in the glory of the Empire. Finally, we are never better served than by ourselves. 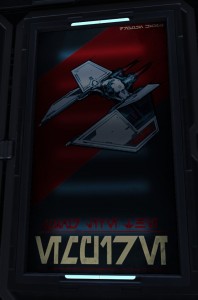 We find on this panel the name of the planet Dromund Kaas at the top right (written Dromun Kaas so with a nice misspelling elsewhere that some printers of the Empire should be whipped too ...) and the sentence "LONG LIVE THE EMPIRE".

On Tatooïne it's definitely a bit of a fair. In addition to finding there an important place of Rakghoul contamination 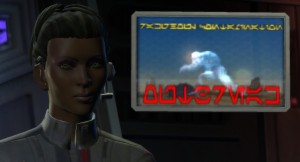 You can also have a good time there, and maybe take the opportunity to facilitate the epidemic by going to see live concerts: 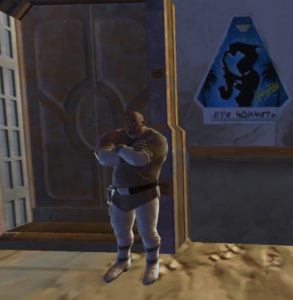 Finally, if you regularly do Corellia's new daily quests, you must have come across this sign that can be found all over the Black Hole area. 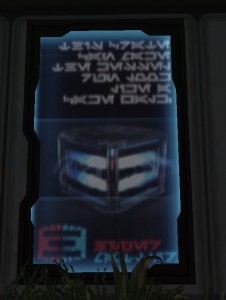 
This billboard shows us an image of a kind of "hyper matter" energy crate that Torvix, our enemy in these daily quests, is trying to develop. Besides the fact that it fits well with quests, there is a story hidden in the sales slogan that could be quickly translated as follows: This crate can make the "Kessel run" comparable to a "Cake Walk".

So to better understand advertising it is necessary to already know what the Kessel Run. Besides the fact that this is the name of a spanish server from The Old Republic, Kessel is also the name of a planet in the Star Wars universe. This is a kind of Prison planet (like Belsavis but worse) whose description here is taken from the excellent Star Wars Holonet site:

Kessel is located in the Kessa system - near Honoghr - in the Outer Rim, navigators are not too keen on passing through this space region. Far from the usual trade routes as well as many civilized worlds, Kessel really has no assets. To top it off, a strange cluster of black holes worsens the situation in what is nicknamed the Jawbone. Few pilots attempt the adventure ... and very few succeed.

Kessel is an arid planet, the air is unbreathable. But the colonists who settled there managed to make it bearable with masks by building huge automatic factories, projecting immense volumes of oxygen.

The first settlers eventually discovered a wealth in the soil of Kessel, the Glitterstim. This very potent drug was very successful, whether with hospitals as a painkiller or for black market business.


Kessel could have been a planet of little interest if the Empire hadn't decided to make it a penitentiary for all enemies of the regime. The prison officials occupied their inmates by having them extract the glitterstim; they were apparently always "volunteers" ... 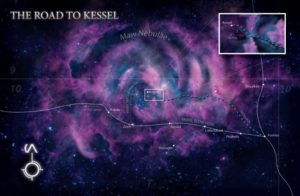 The only interest of the planet is therefore the extraction and transport to other more welcoming regions of Glitterstim by smugglers. To do so, they take delivery of the drug from Kessel in contraband and then have 2 choices of routes.

Sometimes if the delivery is urgent or, in order to escape the Empire, they have to perform what is called the "Kessel Run which means going through the very difficult route of the Jawbone black holes. Han Solo brags about himself. thus in episode IV to have accomplished this feat in less than 12 parsecs with his ship the Millennium Falcon, that is to say to have taken a shortcut reducing the distance traveled to less than 12 parsecs. extended universe (the Hutt's Gambit in Han Solo's trilogy) tells us about this epic moment in his life before he met Luke.

Finally what is a Cake walk, I admit having had a (black) hole when I read this term while I was translating the texts that I had spotted. As much the Kessel Run evoked for me a lot of memories of the Star Wars universe. In addition to the books on Han Solo that I had read a long time ago, my last role-playing day was on Kessel and our group of Rebel adventurers had to experience the famous "Kessel Run" to escape his pursuers. imperial, then the Cake Walk in the Star Wars universe ....

A brief Google search gave me the answer and suddenly explained the advertisement: it is a binary rhythm (2/4) ballroom dance which, originally, was performed by black slaves from the South of the United States. 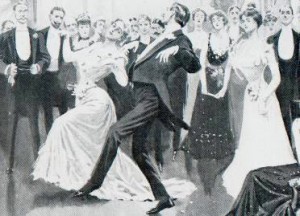 According to the advertisement, the Hyper matter cube would therefore make the Kessel Run as easy as a ballroom dance! Ready to dance tonight?

add a comment of SWTOR - Meaning in the texts