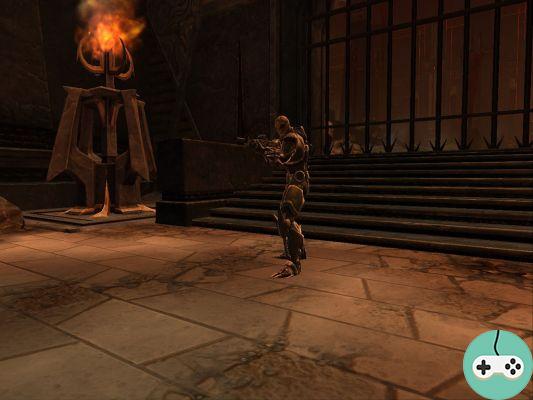 We take the same composition of editors and deliver the Draxus guide to you.

As a reminder, the editors are: Keros (guild Kraken), Nidia & Kyumz (Goodfellas guild) and Tigroou (guide the Guardians of Anachore).

As with Nefra, we will remind you of the HM mode and the modifications of the Nightmare mode. 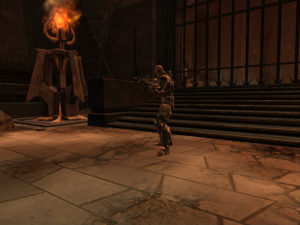 The waves of ads are exactly the same in HM and Nightmare, namely: 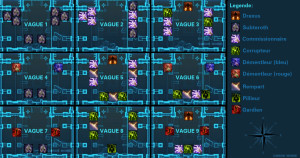 Thanks to Jostix de la Garde Noire for the picture

Each new wave appears either in relation to the death of the last add of the previous phase, or on a timer (whichever comes first).

Burst phase on the boss to make him go up quickly.

Be careful for the distant ones not to be too close to each other for the corrosive grenade, the melee can be put at 4 meters each, it seems the minimum not to take the grenade of an ally.

When the boss goes up, the first wave is made up of eight Subteroths : Three on each side and two at the back of the room.

Different methods come together to manage them:

The left group is made up of three Commissionaires, a group of four people (a tank, two DPS and a healer) are assigned to implode this group.

The group on the right is made up of two Commissionaires and two Subteroths, the remaining four people must destroy them.

There is no difference with the HM on this wave.

The boss returns, he is taken over by the tanks.

The DPS keep their right / left distribution as in the previous phase.

There are two Commissionaires et a Corruptor on each side. The Corruptor is the priority target. Please note that each person can only make one interruption on the Corrupters.

We leave a Commissioner alive on one side to have time to bring up the boss before the appearance of the next wave.

A dismantler on each side.

The management remains the same as in HM. To avoid the deaths, a tank resumes after the bump.

For people who took the dismantlers, remember to use an anti-animosity spell so as not to take it back!

This wave is quite critical. She is composed :

The attribution of each person is important and must be respected:

By following this attribution, you will therefore have one Commissionaire on the right (it can be left eh).

When each DPS has finished its allocation, it switches to Draxus.

Ideally, it should be brought up to this point before wave 6 begins. Inspiration and offensive spells must be used on this phase.

Wave 6 is certainly the toughest of this fight. She is composed :

There are different strategies for managing this phase. The Kraken and the Freed make a generalist strategy that works with all groups. The Guardians of Anachore strategy is based on Resilience / Shadow Force Shroud / Assassin.

Here are the three strategies:

Secondly, the strategy of the Affranchis guild

Here is the strategy of the Guardians of Anachore. It is based on the ability of the Shadow / Assassin tank to take under Resilience / Force Shroud the first incantation of the TWO Dismantlers and to do its Force Occultation (exit from combat) after having taken the second incantation of the Dismantlers:

Wave 7 is made up of two Guardians and two Subteroths.

The management of these is as follows:

When only the Subteroths are left, the party must position themselves for wave 8.

This wave is made up of:

The attribution of each person is as follows:

This wave is really not difficult. It is enough just to respect its attribution.

This is the final wave:

The attribution of each is as follows:

All you have to do is take the loot. If you are lucky you will have a superb Subteroth that will follow you throughout your blah blah adventure. What a reward ...

Here are different videos like for Nefra. Tank, CaC and Distant Povs are provided by the Freedmen guild. The Healer Pov by Keros of the Krakens. Finally the last video was filmed by myself: a down where everything is going too well?

Thank you for reading this guide. Please make your comments after reading the entire guide.

See you next week for Grob.