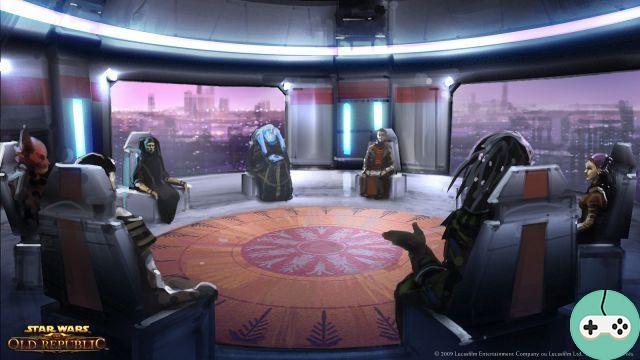 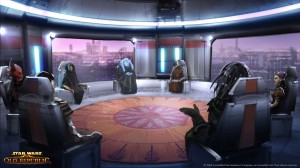 After seeing the start of the game on each of my characters, I start to get a good idea of ​​the stories regardless of the classes as well as the dynamics that implement them on the planets I visit. This article, and some others that will follow, will help identify the planets visited and give a good idea of ​​what to expect there.

There are advantages and disadvantages to the "casu" game as I practice it with SWTOR and I will not list them either, but there are two points I want to come back to today: the level characters and PVE content encountered.

For the level of the characters, it will be brief. I still have no level 50 character today and this is a significant drawback because my little playmates do not have the same way of playing as me and have their character at the maximum level, ready to go. move on to another stage of their development. And the least of the downsides is that I can't play with them: - /

On the other hand, although some "hardcore" players sometimes enjoy contradicting me, I do get to see a lot of varied PVE content that other players will have a harder time coming across. SWTOR having introduced a role-playing scenario for each of the characters, it quickly seemed interesting to me to focus on this aspect and also to take advantage of the inter-faction contributions (more difficult when optimizing a character quickly).

Some characters are exciting to play from creation, others take a little time to start, some planets are long and the passage over their ground very slow while others have particular synergies between questlines that make them usable. almost instantaneous and too quickly passed. In short, I perceive variations of rhythm in the leveling and I wanted to share them with you today in order to compare with your own experience in the matter.

CAUTION: This article contains numerous spoilers. Look no further if you don't want to be exposed to it.

I traveled Tython with my 3 Jedi Consular as well as my Jedi Knight. This planet seems to me like a globally balanced planet where the quests are linked together well, without unnecessary route of the map. When you have a limited playing time like me it is clearly a big plus. The first quests are obviously created in order to quietly bring all new MMO players to the level of others, at least in the acquisition of the basics of their character, and this is undoubtedly a necessary evil. However, more experienced players will quickly know how to sneak through these quests in order to quickly take a few levels and move on to the following areas to get to the heart of the matter.

Note that we die little, on Tython. I don't know what it is for very new players but it seems to me that Tython doesn't present any major difficulties when playing alone. There are a lot of people there and completing heroic quests is a snap, even at night - which is a big plus for me.

Fresh out of his home planet, our future Jedi is sent to Tython to learn how to master his powers. He is quickly given a specific task for his class.

The consular, well versed in knowledge, will be set on a race against time to piece together a precious Jedi artifact and, in the process, begin to realize the implications of the Force in the universe. The knight, for his part, will have to quickly investigate the presence of the dark side on Tython and find the trace of an ancient Jedi passed to the enemy. If the history of the consular is rather well paced, it is not the same for that of the knight who is slow to launch (I would have had to wait for Coruscant to begin to get excited about her. But then, there, for once, the story of the knight then becomes really breathtaking and incredibly addictive).

FFXIV - The Vigil of Peter ❯

Add a comment from SWTOR - So Many Planets # 1: Tython