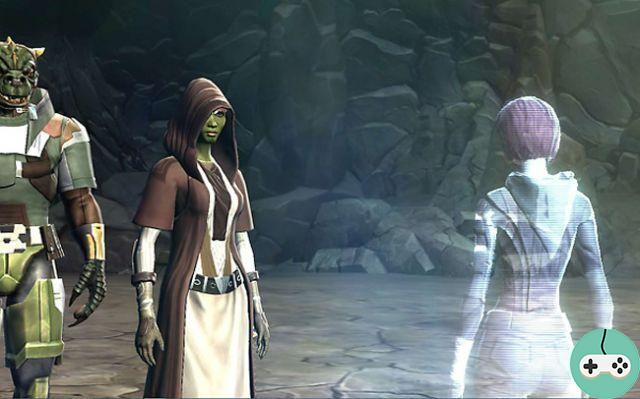 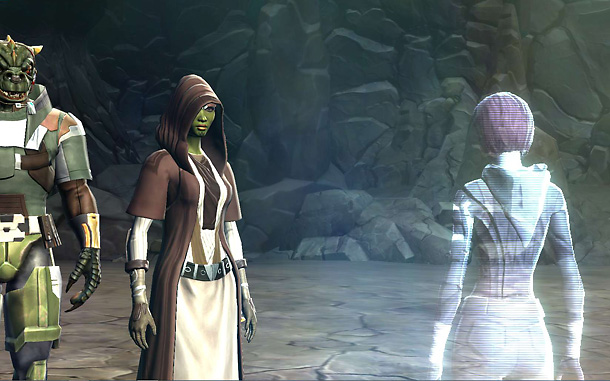 Each week, the Symposium helps your Jedi Consular see more clearly the voice of wisdom. From Tython to Tatooine, whether scholar or shadow, alien or human, your Jedi draws on a variety of talents and abilities that allow him to take on any role in the game. Solo or stiff, here's a new side to your favorite character ...

Many players come to Star Wars: The Old Republic simply because it is the last "Star Wars" game and they believe they can finally play * the * Jedi they have dreamed of for centuries. Well let's face it, It's a very good choice.

Not only can each player embody in SWTOR any of the Jedi specialties discovered over time in movies, books and games, KotOR in particular, but it is also * finally * possible for them to develop a psychology for their character. all to him that reminds us of the glory days of the original role-playing games when we spent hours and hours arguing under the dim light of a smoky kitchen, a beer in hand and a pair of dice in hand: yes, I'm talking about the original role-playing games such as Dungeons & Dragons and, oh well .... Star Wars from 1987 ^^

What about the Jedi consular?

After meeting a few players during the last beta test, I repeatedly collected testimonials from people who were very motivated at the base by the Jedi Consular and who ultimately turned out to be a little disappointed with their weekend experience. According to them, the Jedi consular would be at a low level a "one-touch" class, you know, that kind of character where you only need to spam one key to be effective.

The great thing about MMOs in general, and apparently Star Wars: The Old Republic as well, is that despite any group's inherent desire to simplify their internal differences to the extreme, it is still possible. , and often even viable, for a player, to take a less well-defined path but more adapted to his own experience of the game. In other words: not to be like everyone else. While many a few players felt that they only needed 2 or 3 abilities to get through the first levels, I personally got rather worried when I found thatat every level or almost another ability came to take place in my shortcut bars.

The abilities of the Jedi consular.

Abilities to produce melee damage, others from a distance, regeneration abilities, control abilities, debuff abilities, etc. and the best, all a paraphernalia allowing the Jedi Consular to get out of any situation, even solo (but I'll come back to that). My beta experience was limited to level 20, so let's see below with what tools I was able to advance my character from Tython to Nar Shaddaa, including solo heroic areas.

The image above represents my skill bar at level 20 when my Jedi consular arrived on Nar Shaddaa (you can even see some of my keyboard shortcuts ^^). These are all the skills that I used on a regular basis and we will describe them below with their context.

If I calculate correctly, that is at level 20 no less than 17 skills which all find (and I insist: all) their usefulness at one time or another of the fights. Some will obviously be more useful in certain circumstances than others but it seems obvious, the fact remains that we are far from the reduced account announced by the disappointed Jedi Consular I mentioned in the introduction. And we are a fortiori also very far from the "one-touch class" announced by its detractors.

We are with the Jedi consular in the presence ofa super versatile "all terrain" character which conceals, from what I could see, a huge potential in terms of usefulness in groups (there are good raids) and omnipotence in solo. I would not put my hand in the fire but I feel this class of character become a specialist in soloing.

In most cases, when playing SWTOR alone and following the normal course of the quests, the fights represent in my opinion a more tactical challenge than brutal. The Force ™, we have it. We have strength too. But as the mobs rarely arrive on their own, it is rather shovelful of 4 or 5 at a time that we have to tackle them and chain them. Suddenly, if you are not careful, you can quickly find yourself overwhelmed and miserably perish. It is therefore necessary to engage the combat as it should and to determine how to use our skills to optimize our damage per second and thus reduce the risk of losing.

I'm not going to hide it from you, I'm a longtime World of Warcraft player and I especially love the idea of ​​being able to play Star Wars: The Old Republic. without needing to relearn a game mechanic full. Since SWTOR is in the same line as WoW, my combat adjustment reflexes quickly surface and I quickly find myself in the position of someone looking for an order in which to use their skills in order to be as efficient as possible (yeah , that's a lot of words for a simple idea, but that's how it is, I'm complicated ^^).

Take the following textbook case: I arrive with my tank partner in the middle of an expanse full of Rakghouls. How to start the fight? As simply as possible: by rushing into the heap of course! Not without laughing, it's not these puny Rakghouls that will prevent us from sleeping for a long time, eh ...

Other case. As we chirped hand in hand, my partner and I, on the edge of a dark devastated expanse of northern Taris, an elite commando of 5 bloodthirsty Mandalorians came upon us with shortened, determined arms Abraracourcix. that they were sweeping us away with a gesture like vermin that we were in their eyes of millennial warriors. In fact, my partner and I entered the fight thinking that taking the initiative would give us a decisive advantage. Instinctively, we saw ourselves establishing the following tactic:

Kaput, the Mandalorian commando (history of coming back to Earth. Well ... it's an expression).

Throughout the fight I kept a close eye on the presence of the Force Shield, essential on the partner-tank, and I also did not hesitate to maintain it with a New Youth as soon as I focused on the DPS of another opponent. When the tank seemed to be struggling to resist the damage taken, I would stop DPS and heal it as it should (mostly at Deliverance). And the rest was just a matter of time and timing of healing (so as not to waste my Force, the resource used to fuel the active skills of the Jedi Consular).

And the DPS cycle in all of this?

As we've been together for a long time and I'm starting to tire a little, let's keep it simple, otherwise we will set off again on a lyrical flight that is refined but completely irrelevant.

Talents, optimization of the tree structure.

Difficult to properly assess the most viable and effective "build" or "template" with a character of barely 20 levels.

From what I've seen, it looks like a good little template and I can't wait to be able to test it at a high level in raid with my guild starting December 20th. When I have been able to play my Consular Jedi up to level 50 myself and have him raided several times, I will update this link to * my * optimized template.

The Jedi Order having vocation to manage the users of the Force for the Republic, it is appropriate to the young Padawans having proven themselves to choose their "specialization" once reached level 10 in the game: either "Shadow" (DPS, Tank ) or Scholar (DPS, Heal). But that will be the subject of future articles. So on that ...


Do you want to be up to date and know all the tricks for your video games? In gamesmanagers.com we enjoy playing as much as you do and for that reason we offer you the best tricks, secrets or tips for you to play non-stop. We offer you quality content and always updated to keep you up to date. That's why, in our website, you will find not only videogame guides but also tricks, secrets and thousands of tips so you can play to the limit. Are you ready to get it? Enter now and enjoy your videogame!
SWTOR - Old and new enemies ❯

SWTOR - The Datacrons on Tatooine (Republic)

Add a comment from SWTOR - The Low Level Jedi Consular