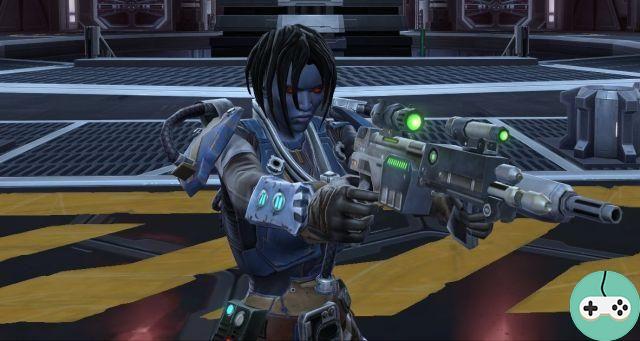 Hello to you discerning readers of this attempted mercenary arsenal guide for HL content. I am Weenea, member of Team Phantoms on Darth Nihilus. We've been doing PvE HL for a very long time on various games and so haven't deviated from our habit on Star Wars The Old Republic. Not finding a complete and up-to-date HL guide on our favorite missile launcher, I decided to stick to it by sharing my feedback. Maybe this will help some or allow others to tweak their optimization.

To arrive at all these choices, I rely on all the operations we have done (we cleaned everything in 8 and 16 HM), as well as the measurements taken with the very famous and essential MOX-Parser which allows us to locate compared to other DPS. It is clear that not only is our DPS really good in the long term, but very often surpasses all other DPS as long as there is a little AOE to do. The experience and feedback from other mercenaries on our team has also often helped me to finalize some optimization details.

I'm assuming everyone knows the basics and has access to a good level of equipment so they don't have to re-explain the obvious choices.

The order of priority of our characteristics is as follows:

In fact, the distribution of points in our talent tree is almost compulsory for 38 points, the last 3 being able to be moved according to the meetings to gain in “survival”.

Here is the one I use: 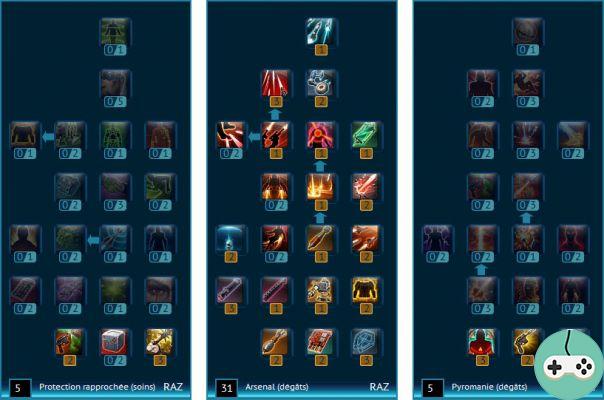 The two points that can be moved are those found in “System Calibration”. Normally with a high level of gear, heat should no longer be an issue, which is why increasing your cast speed is not a concern and allows for DPS gain. We can place these points in "Critical reaction" which allows to have 1% more alacrity, but according to a random factor, that's why I prefer to smooth this bonus. In the event of a particularly difficult encounter, or one not yet 100% mastered, we may prefer to move these points to “Integrated cardio pack” to increase our life points a little, this last choice remains situational for me.

Mandalorian metal warheads: 2/2 - Increase the damage of all our missiles, essential

Metallic sight: 3/3 Increases our main characteristic, in other words a must-have

Stabilizers: 3/3 - Reduces the time lost on casts during damage, since we cast a lot ...

Power Barrier: 2/2 - Increases our survival when using our primary attacks

Post combustion: 0/2 - Additional bump, useful in PvP, we do without PvE

Tracing missiles: 1/1 - Our central attack, becomes the basis of our gameplay

Target Trace: 2/2 - Increases the damage of our 2 biggest attacks

Turbo-leak: 0/2 - PvP talents improving the multi bump, we do not take

Obstructing fire: 0/2 - Gives a snare when unloading, it's a PvP talent we forget

Screening: 1/1 - Increases the damage of unloading, we can't do without it

Light the fire: 1/1 - Improves the effects of the tracer missile, the basis of our gameplay, we take

Power handling: 2/2 - Allows you to use thermal manipulation more often, a must have 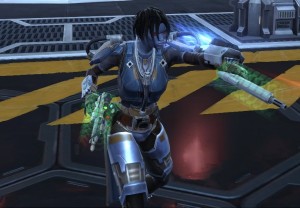 Muscle for Rent: 3/3 - Increases our review, it's always useful

Integrated cardio pack: 0/3 - Increases endurance, could be useful in difficult fights, but not as standard 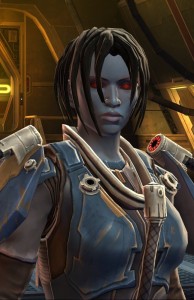 Rather than a frozen cycle, we're going to use prioritization based on buffs and times of combat. You will see that this specialization is not one-touch as some people want to think, especially if you want to optimize its damage.

I will give several principles of priorities according to the types of combat, knowing that at any time you can switch from one style to another.

(for example the first 3 robots on Kephess, where we rarely have the opportunity to do more than one cycle)

After that, we can move on to the usual priority orders.

Priorities on the go

Improvements: given the importance of Aim for us, we will take +18 Aim, +12 Stamina. This will increase not only our damage, but also our criticism.

Armor: the armor +68 Aim +49 Endurance (in Black Hole for example, except for the torso where we will have to take the campaign of the DPS specialist, the only one in 68 ...)

Modifications: Take the +53 Aim +32 in Endurance by choosing the secondary characteristics that interest you (+41 in power or critical). So do not take the +68 changes referred

Sophistication: +27 Stamina by choosing the secondary characteristics that interest you (+57 Surge / Precision and +41 (Potency / Critical)

Relics: the two “power” relics of PvP are just optimal: +113 in power, who could say better?

Belt and Armbands: Heritage or Orange gear with unbound armor and modifications to choose from 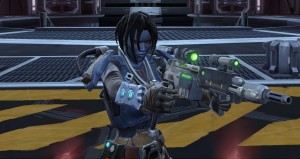 Obviously, we'll manage to get the 4-piece bonus, whether it's with Rakata stuff or "campaign" armor: free in-line fire is just insane!


Do you want to be up to date and know all the tricks for your video games? In gamesmanagers.com we enjoy playing as much as you do and for that reason we offer you the best tricks, secrets or tips for you to play non-stop. We offer you quality content and always updated to keep you up to date. That's why, in our website, you will find not only videogame guides but also tricks, secrets and thousands of tips so you can play to the limit. Are you ready to get it? Enter now and enjoy your videogame!
FFXIV - The Ninja ❯