Today we are tackling Operation Ravagers on hard mode with Sparky. 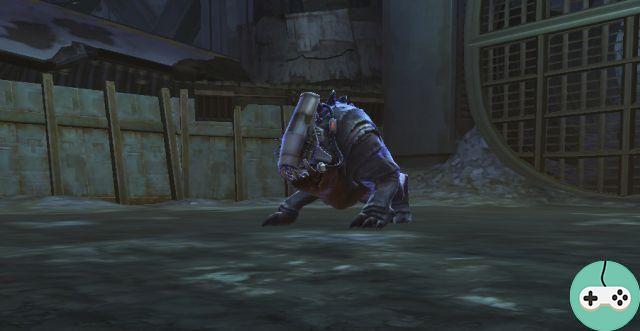 Here are the abilities of the dogs that arrive throughout the fight.

Also like in story mode, dogs attack the target closest to them and only change when another target takes their place or they jump. There are at least 11 different names of dogs.

Tank Mechanism: Throughout the fight, the tanks will have to alternate their roles. These two roles are:

. These effects appear on each Shoulder Throw or Body Throw. Has two cumulative effects, tanks must switch roles (Switch)

At the start of the fight, Sparky is given an aura that forces the dogs to attack the same target as him if they are in the circle that represents it.

This aura will remain present until his death. He also gains a shield reducing the damage taken. A DPS will be assigned to hit only Sparky throughout the fight, the other three will take care of the dogs as a priority.

At 90% health, Sparky loses her shield. The following abilities do not require any particular reaction from you other than what has been indicated previously:

The following attacks require a more or less significant reaction from you: 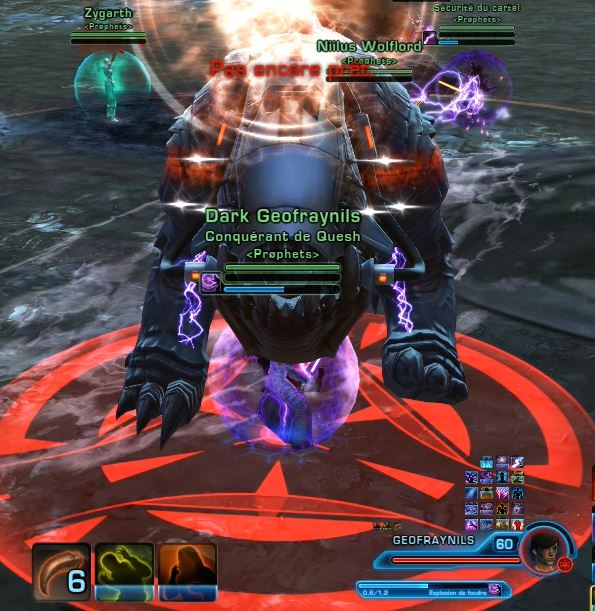 At 25% of life, Sparky enters the soft enrage phase. This means that he will bring in many dogs on a regular basis and that you will no longer have the material time to eliminate them. At this point you will need to focus all your DPS on him. Tanks will continue to switch based on cumulative effects. The Desperate Howl attack takes the place of the Determined Howl to summon the dogs for reinforcement, so you will no longer take AoE damage from this source.

If your composition has a DPS with a taunt, it can be assigned to help the second tank take the dogs out of Sparky's aura to better distribute the stackable effects.

To try to avoid the bug that kills a tank, it is advisable to provoke the boss after the Rampage while being in the area of ​​effect of the aura.

Please note that the limits of the room are not well defined. When Sparky throws a player, they may end up out of zone, so you'll see them reset. To avoid this, just don't get thrown too close to the corners of the room, especially near the exit grille.

Loots are similar to story mode but level 198.

If you are lucky you can also get a second 198 implant token.


Do you want to be up to date and know all the tricks for your video games? In gamesmanagers.com we enjoy playing as much as you do and for that reason we offer you the best tricks, secrets or tips for you to play non-stop. We offer you quality content and always updated to keep you up to date. That's why, in our website, you will find not only videogame guides but also tricks, secrets and thousands of tips so you can play to the limit. Are you ready to get it? Enter now and enjoy your videogame!
SWTOR - The Ravagers: Bulo (Hard Mode) ❯

Add a comment from SWTOR - The Ravagers: Sparky (Hard)