Aaaaaah, Taral V… Its jungle, its monsters, its Imperials… This pretty little instance, perfect for your summer vacation or your GIGN model training camp, is considered the simplest instance in Hard mode. People of the Republic who have just reached level 50 will therefore have every interest in starting there to start their equipment phase. 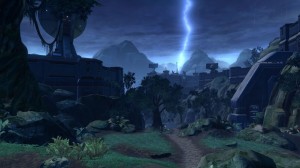 You'll find the quest at Carrick Station (L2-PN), which will send you on the Telos ship to talk to Jedi Master Oteg (small, green, you'll recognize!).

For those of you who have never set foot on the other Republic Fleet ships, take the "Missions Depart" elevator (east), select the "Inter-Fleet Transport" destination. there, take the taxi to Telos!

As you are not just anybody, no but no kidding, oh eh, Oteg and you will have a vision of Force. A mysterious Jedi entity will reveal to you the existence of a prison in the Maelstrom nebula, in which a powerful Jedi has been held for almost 300 years, which does not make us any younger ... Obviously, the only way to get to this prison is to access a Gree computer (which by the way is gray. How's that, I get out?), hidden in an Imperial bunker located on Taral V. On the track, the precise and meticulous infiltration will begin.

The instance is not really hard, I have no specific advice as to the composition of your group. As usual, it is better to be vocal (TS or Mumble for example). It is not mandatory but it will greatly simplify the work, especially if it is your first ride or if you are in a pick-up. 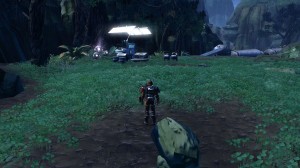 It is done in a very natural way, following the progress of the instance. The different phases of the quest are as follows:

Progress slowly by destroying everything and everyone and you will complete this quest without even realizing it.

Here, no surprises… They are standard groups, nothing very violent. We can however mention the monsters that climb on the small bridges when you pass over them, do not be surprised. 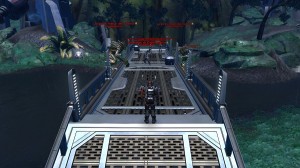 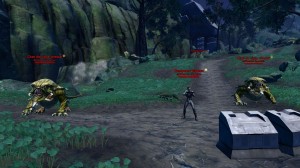 Concentrate on the cats to eliminate them as quickly as possible, and finish Gattan.

Once the three awful ones on the ground, direction the Imperial base! 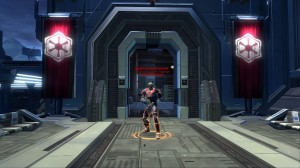 From the start of the fight, Shivanek summons Ripper. Both are immune to Crowd Control. 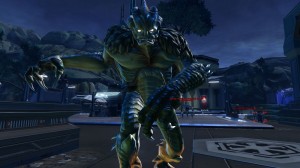 It is advisable to avoid leaving the two side by side, as this increases their damage. It is thus better for the Tank to mount its threat on Shivanek, then provoke Ripper and move him away from the boss. The DPS therefore focus on Ripper exclusively until his death, then takes care of Shivanek. 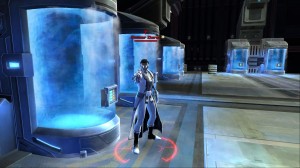 Extremely simple, this boss has very few hit points. The danger comes mainly from the waves of enemies that he summons 3 times during the fight. Try to reunite them on the boss, and drop the damage zones (AoE) to eliminate everything. 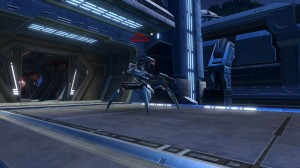 No real strategies, the Tank is mounting its threat as best it can as the DPS unleashes all they can. 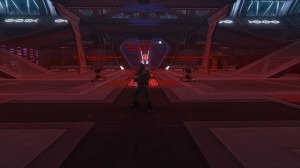 Having completed the bonus quests, you can click on the console to the right, which will explode two of the four turrets.

Stay in the middle, explode the turrets. Hit the boss until he summons his droids, kill them, and return to the boss, and so on. This is the "normal" strategy, which will require a little more motivation from the DPS and the Healer.

There was a strategy, which allowed you to protect yourself from the turrets, by hiding behind the reel that we see on the right, which made the boss and his droids come to the same place, allowing to launch AoE on them, but it seems that this technique now only works in Hard mode.

Warning : Make sure your tank is facing your group, i.e. the boss is facing you. This will allow you to not take damage from Shots Avalanche if it is not interrupted.