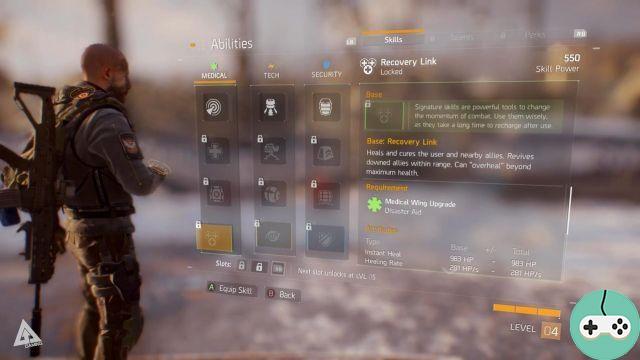 Thanks to the Lancea guild, we offer you the translation of skills for The Division! Thanks to Agone for sharing. 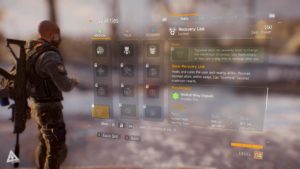 Sends a pulse / echo through walls to locate allies and enemies.

Heals allies within a short radius. Used on oneself or thrown on a target.

Sets up a support station that heals all allies in a circle around her.

Attaches to most surfaces and detonates on command.

Which path will you choose?


Do you want to be up to date and know all the tricks for your video games? In gamesmanagers.com we enjoy playing as much as you do and for that reason we offer you the best tricks, secrets or tips for you to play non-stop. We offer you quality content and always updated to keep you up to date. That's why, in our website, you will find not only videogame guides but also tricks, secrets and thousands of tips so you can play to the limit. Are you ready to get it? Enter now and enjoy your videogame!
FFXIV - Special 3rd Anniversary Show and Live Letter ❯

The Sims 4 - When Mother Nature takes care of the decor