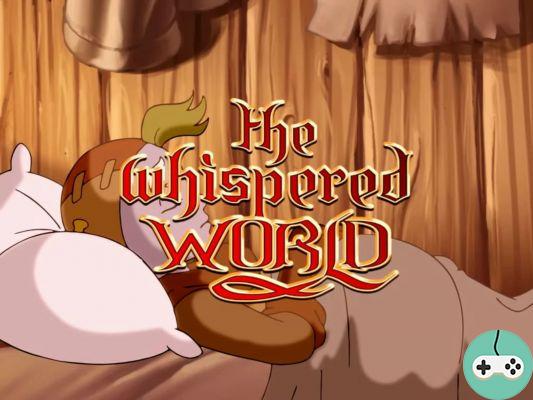 Released a few years ago on PC, Silence: The Whispered World is now available in an iPad version.

Available in many languages, the adventure begins with the choice between English, German, Italian ... and spanish (among others). Then a short introduction introduces us to the situation. We play Sadwick, a sad clown traveling the world in a traveling circus with his family. The poor man is haunted by strange end-of-the-world nightmares. Bad dreams or prophecies? He ignores it when we start our adventure in the Autumn Forest. 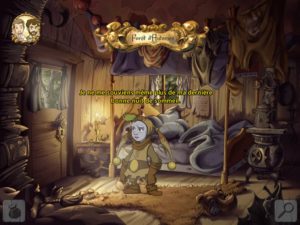 The caravans are parked at the edge of the forest and a short tutorial shows us the basic controls. We are in a very basic point-and-click here and the finger control is really very suitable. By activating an object, it is possible to perform 3 actions: look, take or speak. In a fun way, these icons are featured on all interactive objects ... even those that there is little hope they will speak for (although there will be some unexpected exceptions!). 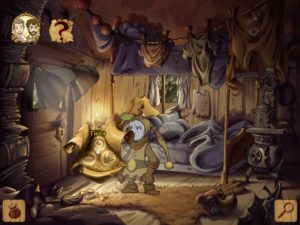 If we dry, the magnifying glass at the bottom right illuminates the objects in the scene that deserve our attention. On the other side, lower left, is the inventory bag. A big satchel (and really very big because Sadwick can pick up endless heaps of odd objects, certainly a bottomless sack!). 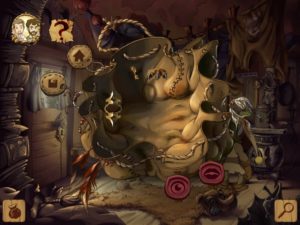 At the top left, you must have noticed the two little heads. The game's authors are “Poki” and Marco Hüllen, who comment on the game (in German with English subtitles). If you understand and are interested in game design, this is really interesting! It is always a lot of fun to learn about the creation process and they have many welcome trivia! 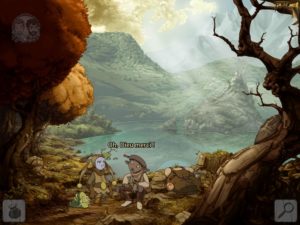 Sadwick is accompanied by Spot, the little worm you can see in the screenshot above. The beast can take two forms: normal and all round. Several puzzles are thus to be solved using Spot which will be able to sneak into inaccessible places, roll, grab, push ... It is possible at any time to make it change shape and indicate to it where it must go. 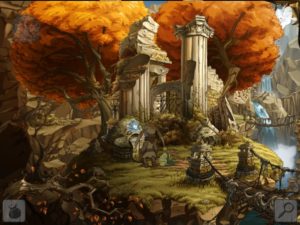 The puzzles are quite simple, based on the combination of items to collect in all locations. And there's plenty to do when Sadwick picks up a card that allows him to wander through the forest. A large stick combined with a mesh will certainly make an effective landing net! I just got stuck at one point with a damn bowl that I couldn't drop and just had to put Spot in a ball on it. A bit far-fetched for the occasion! 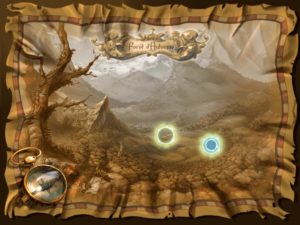 Quickly, the story becomes clearer ... and Sadwick's dreams may not be so innocent. After a few impromptu encounters in the forest, the clown finds himself invested with a primordial mission, while hoping not to be the one who will destroy the world of Silentia! 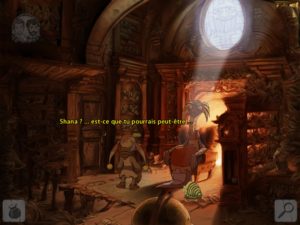 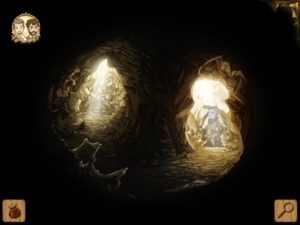 Truly beautiful, Silence: The Whispered World offers a magical experience in a mysterious world. I quickly fell in love with the main character, sad and awkward, who despite his clumsiness wants to become a hero and does not hesitate to help a total stranger ... just for the taste of adventure. Daedalic, the developer, announces fifteen hours of play, and I want to believe them, I have not yet finished my adventure and I have already spent many hours unraveling the threads of this strange story! 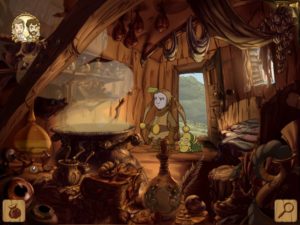 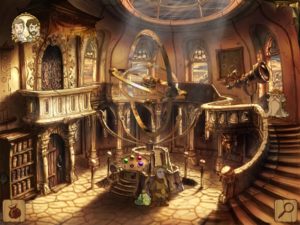 Add a comment from The Whispered World – Version iPad