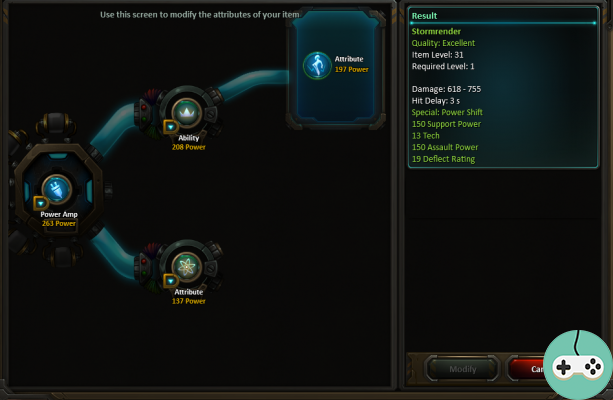 A few days ago, Primus told us about the equipment via the Modding and Microchips. The promise was to allow the community to design their own piece of equipment. Well Wildstar Central gives us the opportunity. The fan site Wildstar Echoes made a translation of this article and here is a summary.

Primus First explains that they want to let the community design the final equipment slot. However, he advises us to read some information about the CBC to better understand where they are going with this. 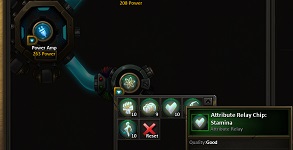 What is an item slot?

We learn that nine locations have already been announced, eight of which can house statistics and that the last location is very important because the number of locations reserved for equipment has an impact on the balance of the game, the items given as rewards quests, items dropped by monsters, etc.

The nine slots are Weapons, Shield, Chest, Helmet, Shoulder Pads, Gloves, Boots, Leggings, and Gadgets. Since the inception of the game, they have removed the slots dedicated to the belt, mask, rings and jewelry.

He explains why in a few points.

Primus then explains to us that following these modifications, they have since created tons of new super fun HL content. They can't wait to see how their work is viewed by beta testers. They are aware that sometimes there are unexpected problems that require major changes. Sometimes things just aren't fun and must be changed.

He gives as an example the system of quest rewards which was, according to him, far from fun. We received a new part every three quests and we changed equipment at all levels. There was no effect of jackpot and the progression was monotonous.

Currently, the possibilities of recovering better equipment are the group contents, the public events and challenges. People rush to these goals to replace their equipment and are never sure they can get there. This is something that was impossible with the old system because we knew that even if part of the content was missed, we will have an update of the equipment in the next area. 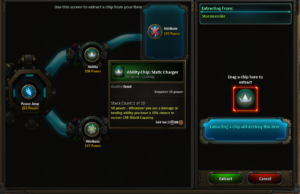 Why did you decide to add pieces of equipment?

As detailed above, the will was to decrease the progression curve equipment without affecting the rhythm of the quests. With the rewards linked to the very rich content of the game, this progression curve had narrowed again. We changed gear every five quests. So, to preserve this rare aspect of the more powerful equipment, they created new parts. This is also valid for the high level game, you earn better parts without having to replace the best part you just got.

They believe that the system of chips and improvements is a reward for gamers. But they realize that getting a chip is less fun than getting a piece of equipment. So they created more types of items to accommodate even more chips and upgrades.

The designers removed stuck stats on items. They did this to avoid restricting the choice of objects to a single class. If a heavy armor must contain force, it will be reserved only for warriors. The designers want the maximum of people can claim an item so as not to force the same players to always covet the same type of equipment.

A few months ago, they added the dedicated shield slot. So that brought them back to the independent class locations and they realized they wanted more of this guy. 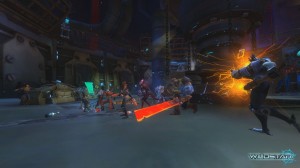 Design of goals and restrictions.

Now that it's clear why designers are restricting themselves, the community can dive into crafting an equipment location. Sometimes we don't think about these restrictions when we think but they always end up appearing at some point in conception. The restrictions exist so as not to scatter resources. Whenever a resource is invested in a development plan, it cannot be invested elsewhere.

Designers want to create fun things with as few resources as possible. Even though these restrictions are not set in stone, they would like them to be taken into account.

A great way to create is to categorize things and then restrict how you are going to make them. For example, movement improvements are only available on boots. Thus the player should not hesitate between a movement bonus and a force bonus on the same object.

It is possible to create a new type of item using existing technology from class skills, stimpacks or special items. These effects are numerous and their resources can be mobilized.

Make the objects respect the theme of the game. Remember the reason the designers took the rings out of the game. There is enough info, pictures, and videos about the game to know where the developers are going with this.

These are locations on objects that modify the behavior of weapons. It is the only location that can influence weapons not itself appearing on these weapons.

This new location will have to inevitably use the CBC system:

After quoting these few rules, Primus tells us one last thing. The part the most controversial of this microchip is that they are now able to offer players the ability to have up to two special weapon bonuses, where previously they had only one. This may limit the kinds of things they can do with this bonus, but since most of them haven't been created yet, that's okay.

Primus hope the community will be creative and respond to this call.

So if you have always dreamed of developing the object of your dreams, do not hesitate to add your stone to the building.

Add a comment from Wildstar - Designing an Equipment Slot