Today's DevSpeak is an opportunity to take stock of everything we know about WildStar instanced PvP.

There are two main types of arenas:

For matches classified as warplots, the game offers a competitive environment. Matches are created based on player rating and there are progressive rewards, different from PvE progression. Open PvP, on the other hand, offers an entertaining and accessible experience for casual players. There is no risk, no coast and nothing to lose. It is possible to join the matches solo, or in an already formed group. Equipment and level will be standardized to ensure balanced matches.

From level 6, it is possible to progress only in PvP where you gain experience, but also prestige, the PvP currency. As a reward for completed matches, you get a bag of loot. If we win, we get bonuses. You also get experience and prestige by killing other players and completing objectives. Finally, there are achievements for each type of card with fun rewards.

Prestige, the PvP currency, allows you to buy equipment, allowing you to improve your equipment if you choose to build your character in PvP.

Rules : this arena fight is played 3 against 3. Each team has a respawn counter. The first team that manages to exhaust the opponent's meter and kill all enemy players wins. The match lasts a maximum of 30 minutes. 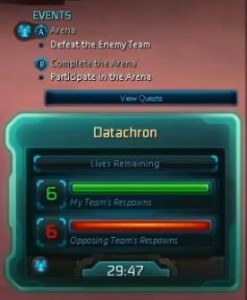 The combat zone is located indoors. It is circular, with, in the center, doors and columns which will mask the field of vision and prevent seeing other players in front. 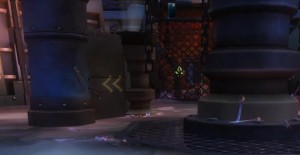 On the outside, no respite either with walls. Using dodge and double-jump it is possible to quickly hide and play with your opponent. 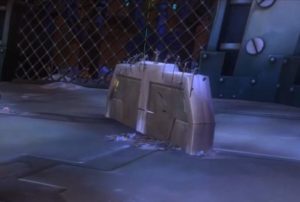 The arena is ultra-dynamic, there is nowhere safe and the combat promises to be intense from start to finish. You have to avoid dying, so as not to cost your team's precious resurrection tokens, while of course trying to kill the opponent. Is it better that I respawn or stay dead in order to leave more tokens for others? At one point, the question no longer arises ... 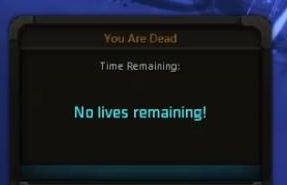 Rules : this battlefield is played 10 against 10 from level 6. The goal is to collect masks, the first side to bring back 5 masks wins. The match lasts a maximum of 30 minutes. The peculiarity of the game is that the acquired masks can then be stolen. Each camp starts with 1 mask, then neutral masks will appear in the center (in 4 random places) each time a neutral mask is brought back to a base (60 seconds). At a time x, there are a maximum of 3 masks: the 2 captured masks and a neutral mask. It is possible at any time to go and steal the masks collected by the other camp.

When a player wearing a mask is killed, the mask falls to the ground. We then have 30 seconds to retrieve it before it is teleported to its base (in the case of a stolen mask). It is also possible to retrieve it immediately by clicking on it. If a neutral mask is left for 30 seconds, it will disappear and reappear in the center after a short delay. 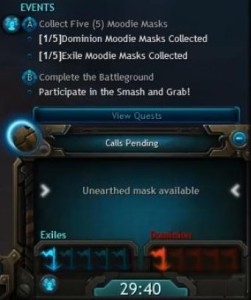 The combat zone is located outside, in a tribal temple decorated with skulls. The area is round, with two passageways separated by 2 large staircases and a central area accessible by 4 slopes (stairs and slopes are not opposite). When you are on the outer passageway, you cannot target anyone outside, who is stuck between the mountain and a wooden fence. But this is also where the totem pole where the masks are stored will be located (here that of the Dominion).

The inner passageway, in grass, also has its field of vision limited by the mountain and a wooden barrier. Finally, above the central arena is a bridge allowing to cut to reach the opposite side of the inner passage without going through the arena (very dangerous!). We see that a mask has just appeared on the central point:

Here is the mini-map of the area. We can clearly see the 4 bridges (in brown), the grass paths (to go up from the central area) and the interior passageway (in grass). The outer passageway is less obvious here to see but it is the stone circle beyond. 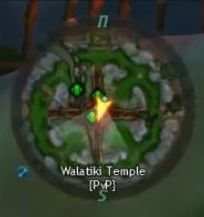 Once the mask is in his possession, we move much slower. It must be said that the object is rather big and embarrassing! Suddenly, you become an easy target for enemies and you have to be protected. Here is a mask which arrives at the totem of the Exiles!

This battlefield requires a lot of tactics because the game is never won. You can have masks and, following a moment of inattention, lose points and the outcome of the game will be reversed. It will therefore be necessary to think about distributing his troops between protecting his mask, going to steal the mask of the other team or recover a new neutral mask. Since the masks appear randomly in the center (4 places of appearance), you will have to be reactive and adapt quickly. 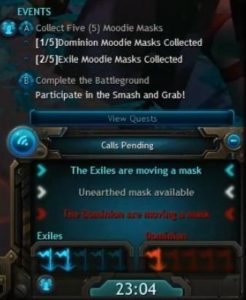 The central area is a zone of violent fighting but there are more possibilities here to escape by fleeing towards the passageways. These areas are more protected as you can only be targeted by people who are close to you.

Halls of the Bloodsworn (Juresang Castle)

Rules : this battlefield is played 10 against 10 and will alternate an attack and defense phase of 14 minutes. It is available at level 15. The objective is to enter the third area, named The Court of Judges. The winning team is the one that reached the goal as quickly as possible or, in case no team did, the team that went the furthest. 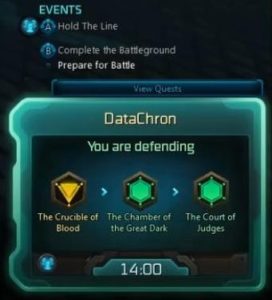 We find ourselves again indoors, in a disturbing building with multiple gateways, chains and traps. Hope you don't have vertigo because it is better not to fall! Each time there will be many paths to pass, which will not facilitate the work of the defender. Not to mention kinds of trampolines! Convenient to disembark in the middle of the fight on a higher platform.

The battle will especially rage around the checkpoints. There is one main control point and 2 secondary ones per room.

The main control point is based on presence: the more people there are nearby, the more points it will score (for attackers). The defenders will thus limit the points gained. Secondary control points must be enabled. If a secondary point is activated by attackers, this will change the point gain rate of the primary control point. Additionally, if the attackers control these points, the west point will give attackers damage buff while the east point will increase regeneration out of combat.

And once the gauge is full, the area is ours! 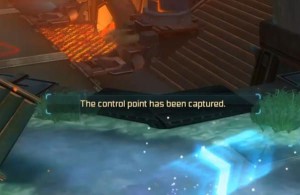 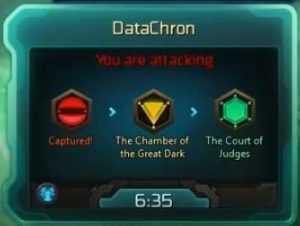 Once the attacking team controls all 3 areas, the match ends. Otherwise, it's at the end of time (14 minutes). And a new round begins, reversing the roles.

This battlefield is rather classic, taking up the standards of the genre. The area is huge and you can quickly get lost ... but also be quiet and thus be able to walk without meeting an enemy at every turn in the corridor. Without coordination, the team will quickly have to disperse, losing sight of the main objective. We will have to make strategic choices, choose which points to protect or attack. I did not have the opportunity to see the last room, The Court of Judges, but I admit that I wonder what is there!

We will talk to you very soon about Warplots, another big part of WildStar PvP!