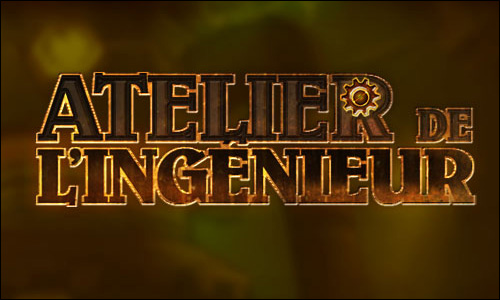 Blizzard gives us a little preview of the new graphics features that will be added to 6.1 Place for technical terms and beautiful moving images (Editor's note: when you click on the thumbnails, wait a few seconds to see the changes in the various modes)!

First of all, the American company will use a new SSAO ambient occultation process from NVIDIA, the HBAO + designed for high level video cards and which provides high quality ambient occultation. According to her, it should be functional for most players using at least the recommended minimum configuration. 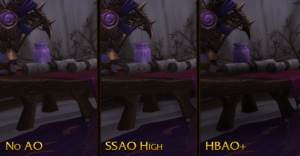 Now you will have three possible options: no SSAO, the current high SSAO setting, and NVIDIA's new HBAO +.

The HBAO + setting uses their geometric buffer to access the normals on the displayed image of all drawn objects. It more accurately darkens surfaces of equivalent depths but opposite normals, and with fewer artifacts than the SSAO method measuring only depth. The HBAO + works on all video cards supporting DirectX 11.

Many players are waiting for the return of MSAA (“Multisample Anti-Aliasing”) as well as SSAO management. It will therefore be done under DirectX 11 with the 6.1 update! You will find them in the anti-aliasing settings among the graphics options. They are intended for high level video card users. If your computer is close to the recommended configuration, Intel's Conservative Morphological Anti-Aliasing (CMAA) is still the best choice and will help you find the balance between graphics rendering and performance. Below is a comparison between CMAA, MSAA 8x and SSAA 2x + CMAA. Update 6.1 will offer a wider choice of anti-aliasing options than ever before for peak performance, if not great.

6.1 will also redesign lighting, with the addition of “deferred per-pixel lighting” which allows the creation of multiple precise light sources affecting all objects in the environment. game. It creates realistic illumination for lights like campfires or torches, and makes the world lighting more natural than ever. The number of possible sources depends on the hardware configuration; state-of-the-art video cards provide the best lighting quality. Here are some examples of a lighted scene in the current version of the game (6.0.3) and the same as it will appear in update 6.1.

These new technologies are available in the 6.1 test realm now. So give them a try, see how they perform on your machine, and let us know the results in the comments!

Deliver Us The Moon - First Look At Fundraising Game ❯