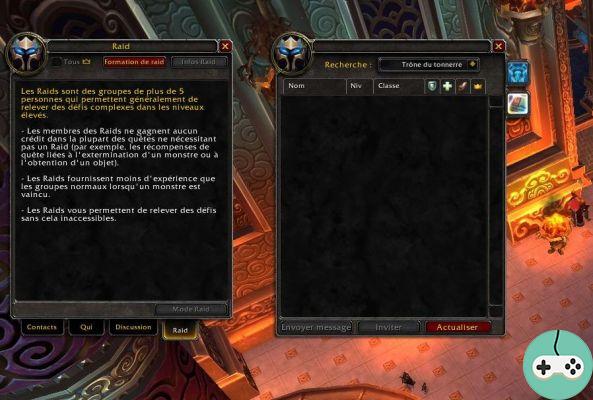 Blizzard still communicates a lot on the official forums and I got a little late! Summary (and not literal translation) of the latest messages concerning:

When asked about the possibility of an inter-realm group finder system, Taepsilum said it was a good idea but, as always, it was a matter of time and resources depending on current needs. .

Many ideas of the best addons were eventually integrated into the basic interface of the game. This tool would be very useful and the developers are certainly already aware of the value of such a tool, especially since the technology of the games. connected realms is in place. Raid Finder is a tool that goes in this direction even if it doesn't work as well as it did at the beginning and doesn't even have a dedicated button in the interface. 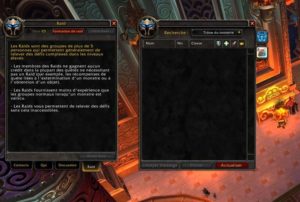 That is definitely a good idea but like always, it’s mostly a matter of time and resources vs current needs.

Many of the ideas from some of the top addons have in the past been integrated into the default game UI.
I agree that this would be a great tool to have but I also believe that this is nothing new to the devs. I’m pretty sure they are quite aware about the current needs for such a tool, especially now that we have such flexibility with all the cross-realm functionalities.

The raid browser, for example, was an early attempt at tackling this.
It worked out somewhat ok initially but subsequent iterations weren’t as successful. I suspect the reasons for this were the introduction of LFR and not having a dedicated button on the main interface (a lot of players still don’t know about its existence).

One player, Orise, asked a question in the PvP forums about Elite PvP gear. Indeed, this equipment only gives armor, without statistics and he wondered if this was permanent or temporary (due to the concerns encountered at the start of the season).

Thus, it is indeed permanent but nothing says that it will always be the case during the next seasons. Elite Dramatic Gladiator gear only grants armor as it is there primarily for transmogrification, not to be worn as is after enchanting and geming. Also, this set is not expected to have better stats than the normal set. It allows players to stand out and display their prestige with different and clearly identifiable equipment.

Perfect Nakatoir Source Posted by Orisez
.Is it permanently or temporary because of the conquest cap bug at the start of this season.

The elite set only providing armor is permanent, although there is nothing to say this won't change in future seasons. The Elite Grievous gear is only giving armor because it's designed as a transmog set, rather than gear you would need to spend gold to enchant and gem again. It's also not intended to provide better stats than the normal set, it's meant to make your gear different and more identifiable to signify the prestige of your accomplishment.

In 5.4, changes have been made to facilitate progress in the Legendary Quest. Rygarius gave some details about this. You can only have one thing per boss per week on all difficulties. Thus, if we have already finished a wing to have secrets of the Empire, then we will not be able to have any more runestone from the titans. 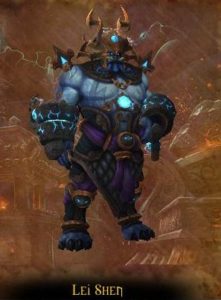 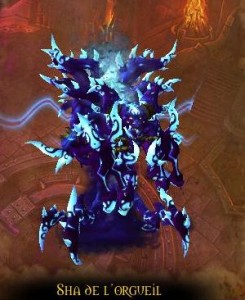 It's only 1 attempt per boss per week across all difficulties.

If you already completed Siege of Orgrimmar wings 1 and 2 for Secrets of the Empire they won't drop a Titan Runestone. If you haven't completed Throne of Thunder wings 3 and 4 though, you can run that with Lei Shen being a 100% guaranteed drop..

As a side note, only the first 8 bosses in SoO have a chance (Sha of Pride is 100% guaranteed just like Lei Shen) to drop items for Wrathion's legendary quest line.

Correction: It was Sha of Pride, not Fear.

The main purpose of this new technology is to solve the situation of kingdoms in need of population and to reinvigorate them. So, for now, the most populous kingdoms are not affected and will not be connected to other kingdoms. The technology is in place to make things better on many realms, but it still has a limit on the maximum population it can handle. It is therefore impossible to use it to improve the balance of factions on the most populous kingdoms.

This may of course change in the future. The technology may be improved, players may migrate, or some kingdoms may lose population and therefore become eligible to be connected with other kingdoms.

Anyway, they think about solutions to restore the balance on certain kingdoms but it is a thorny subject. It is not possible to force players to change faction or kingdom to restore balance. We must therefore find a solution that does not force anyone.

Sorry to burst the bubble, but Connected Realms are only targeted for low populated servers, and Kazzak is high/full server... so it won't be connected. At least not in the near future.
The primary purpose of the connected realms feature is indeed to improve the situation on low population realms, to reinvigorate said realms. Currently that means that some of the highest population realms will not be connected with other realms, but it is a possibility that this may change in the future.

We are very much aware that we have some high population realms that have a less than optimal faction balance, but the situation on those particular realms is a harder one to resolve exactly because the population is already at(or close to) capacity there. The Connected Realms technology implemented with the latest patch will allow us to do some great things to improve the population on many realms, but there are still technical limitations on how high a population the system can manage, and this means that it is very hard to improve things like faction balance on realms that have a very high population. Perhaps we will be able to expand or evolve the connected realms technology in the future so that it can help improve faction balance on all realms, but although this is something we can look into for sure, it is not certain that this will be possible.

Saying this doesn't mean that we are just going to ignore the situation on those high population realms, it just means that it may be a while longer before we have a proper solution that can resolve that particular issue... it is not an option to make players change faction or transfer to another realm against their will, and that means a proper solution will have to be one that doesn't involve forcing people.

Once realms have been connected and the populations on currently low and medium realms are healthy again, then perhaps things like FCMs from current very high population realms to the connected realms will become more attractive.

So much for the most important news!


Do you want to be up to date and know all the tricks for your video games? In gamesmanagers.com we enjoy playing as much as you do and for that reason we offer you the best tricks, secrets or tips for you to play non-stop. We offer you quality content and always updated to keep you up to date. That's why, in our website, you will find not only videogame guides but also tricks, secrets and thousands of tips so you can play to the limit. Are you ready to get it? Enter now and enjoy your videogame!
FFXIV - Crêvecarène Island ❯