That's it, it's finally here! Divinity: Original Sin 2, which is currently still in development, is available from September 15 in Early Access on Steam! 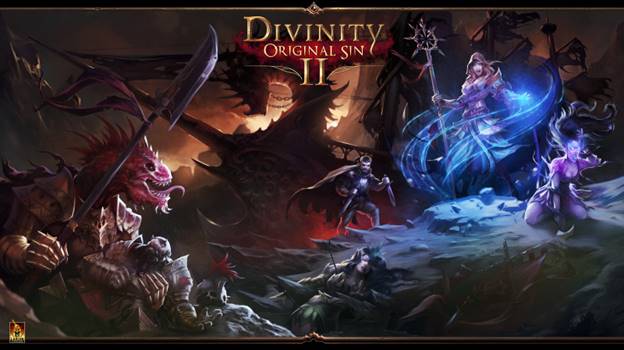 Divinity: Original Sin 2 offers a whole new experience, notably thanks to the new “Divinity Engine”. In this new opus, the game will offer cooperative quests, but also competitive quests in which up to 4 cooperative players can participate. One of the important novelties of this opus is the Origin of the characters, which will make it possible to create from scratch the origin of the character or to select a pre-established origin with its own quests. Thanks to this system, the inhabitants as well as the world itself adapt to the origin of the characters, their traits as well as their actions, thus creating a personalized adventure with interactions and quests adapting to measure.

Early access is automatically granted to those who participated in the kickstarter campaign up to $ 25 or more (an email with the procedure has been sent). For others, you can get the latter for $ 44,99 on Steam. Currently, the content available in the game is as follows:

New features and content will be added as the development progresses. For Early Access, the game is only available in English. However, at the time of its release, German, spanish and Russian will be available!

A preview will be available soon.


Do you want to be up to date and know all the tricks for your video games? In gamesmanagers.com we enjoy playing as much as you do and for that reason we offer you the best tricks, secrets or tips for you to play non-stop. We offer you quality content and always updated to keep you up to date. That's why, in our website, you will find not only videogame guides but also tricks, secrets and thousands of tips so you can play to the limit. Are you ready to get it? Enter now and enjoy your videogame!
The Division - Update 1.0.2 ❯