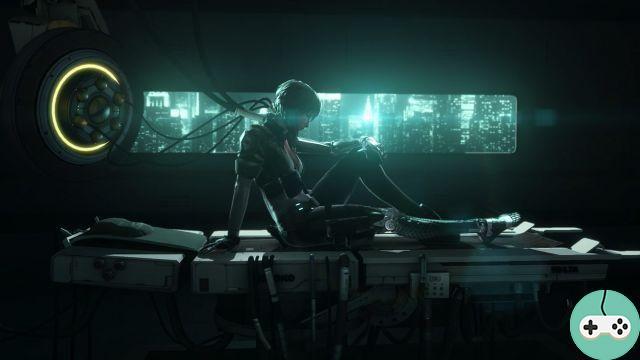 Do you know the manga Ghost in the Shell ? Published in the early 90s, the manga featured a cyber-punk universe in the 2030s, where Section 9, an elite agency, employs robotically modified agents to fight crime.

The manga has been the subject of many adaptations, in cartoon or video game (in the cinema too, a film is in preparation for 2017 with Scarlett Johansson in the title role). Today, it's a new video game adaptation, in the form of a Free-to-play multiplayer FPS, that I'm going to show you.

Note that the game goes into Free-to-play beta July 28, you will be able to access it for free very quickly.

Published by Nexon Studios, the studio already behind Riders of Icarus (which we tell you about regularly), the game offers squad clashes, where you play one of the 9 characters, each with its own characteristics (invisibility , specialist in weapons, gadgets, etc.), in futuristic environments. 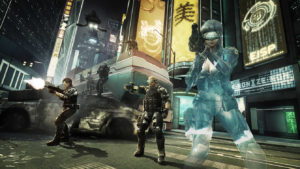 For the moment, only 4 modes are offered (including three fairly classic): 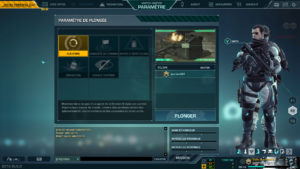 I had the opportunity to participate in a test session in the company of some developers and other journalists, to discover in particular the Ghost Assault mode (Phantom Assault in spanish). A mode that gives the game its name a little and that the developers are keen to show us.

The principle is relatively simple: a 4vs4 hide-and-seek game between Ghosts, who benefit from optical camouflage and limited weaponry, and the Cyborgs, who must hunt them down, with increased speed (with a sprint) and a very effective blade for skinning the little Ghosts who had been poorly hiding.


On the side of the Cyborgs, in order to help in the hunt, we have a kind of radar, indicating to us when a Ghost is relatively close. Help really necessary, without it it would be impossible to find them, so effective is the camouflage. It often happens that we pass a Ghost without even seeing it. To eliminate them, we have a pistol with 6 bullets (not possible to reload), but above all a knife, which is clearly the most effective weapon for ziggling them. By being close enough and activating the right click, we can eliminate the Ghost in one fell swoop, via a short stylish assassination scene. 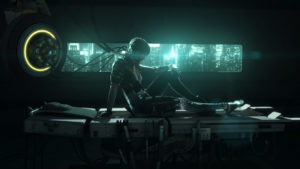 When you are in the Ghosts' camp, the stress is a little more present. We must in fact avoid the Cyborgs at all costs (a kind of sonar indicates to us where they are) and hide where we can. As an arsenal, but to really use in an emergency, there is a pistol and 20 bullets, which can be used to take out a Cyborg (if you aim well for the head). But I recommend this in extreme emergencies, and especially not if you're dealing with two Cyborgs all at once. In these cases, only one watchword: Flee! You can indeed sprint, but be careful, because sprinting tends to unload the optical camouflage, which will deactivate after a while. So flee, but flee well!

After an hour of playing this mode, I must say that I was very excited. I like this slightly asymmetrical system and the stress of playing a Ghost. It's far from easy in the first parts, but we quickly have fun. Very limited ammo also adds spice, curbing trigger excitement. 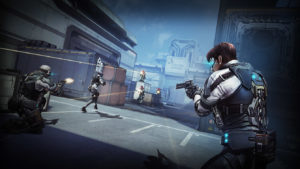 To carry out all these missions, we have 9 characters, each with a unique skill: 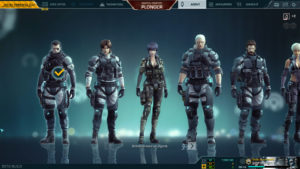 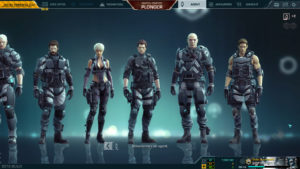 Characters that we can also improve over time, by recovering chips and implanting them on three types of sockets: 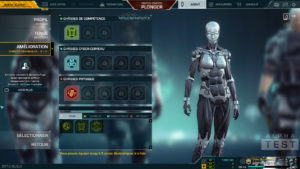 To complete an already well-developed customization, it is also possible to customize your equipment. Thus we can modify parts of the weapons to make them more effective: Sight, Shooting Aid, Barrel, Barrel, Charger, Socket and Bipod. 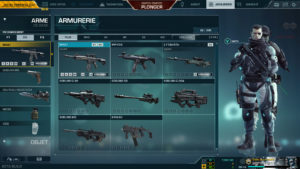 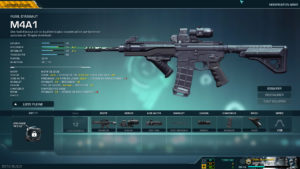 Now the angry question! Who says Free-to-play necessarily says shop ... and therefore the game shop is not likely to be too ubiquitous? It seems not. In any case, from what I could see, the only items that you can buy in NX (the Nexon currency) are either weapon or character skins, or boosts to gain more GP (the game currency, which is earned by playing). It is also possible to unlock characters with NX, but they can also be purchased with GP. Everything related to weapons and accessories can be purchased with GPs, so there is no risk of advantage for the payers. Free-to-play as we like it! Hopefully Nexon will continue this momentum! 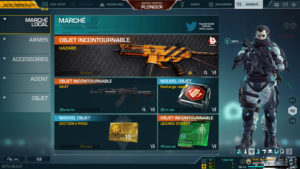 In short, to conclude, I am pleasantly surprised by this Ghost In the Shell First Assault. I am usually not very sensitive to the "manga" graphics, but the game remains quite sober in its realization, it is quite pleasant. The game modes, as already said, are relatively classic, except for this Ghost Assault mode, which will be really, I think, the strong point of this game. Big crush also for the customization, which is quite substantial and will allow a lot of possibilities.