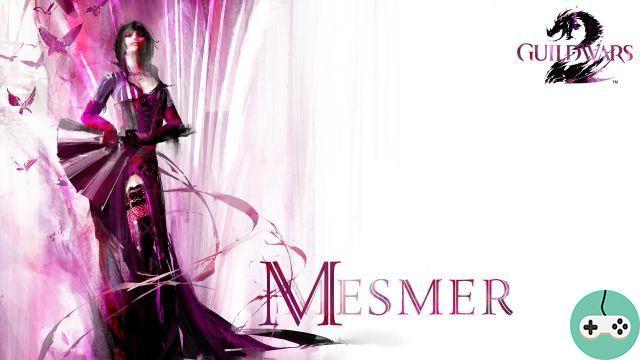 In this article, we are going to talk about the Mesmer. Famous for its illusions, this class is not left out on the offensive side. As in the previous professional guides, we will split this one into several parts: 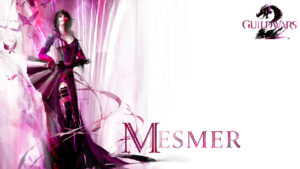 In this part, we will see the main features of the mesmer as well as the equipment of it.

The mesmer, as said before, is a master of illusion. These illusions, up to 3 in number, will be used to inflict damage during combat. There are two types of illusions:

The shattering skill specific to the mesmer will be used to destroy your previously created illusions to inflict effects on your opponent: 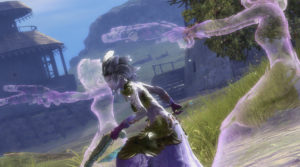 The mesmer, being a scholar, wears light type armor. Even if it is a fragile profession, he will have at his disposal a whole arsenal of weapons:

In this part, we will study the statistics and runes related to your equipment. In addition, we will talk about the specialization choices as well as the different spells to use in the mesmer.

Like most classes in the current meta, we'll be looking for stats Power / Ferocity / Precision. To do this, the choices are as follows for the Mesmer's class:

The choices for armor and accessories are:

The runes used on our armor set will be that of the scholar as they are in harmony with the overall stats of our gear.

Whatever weapon is used in the build, we will use assassin type weapons. The weapon sets are as follows:

In some situations we will be able to use the pistol instead of the focus. The stamps used on the weapons will be: 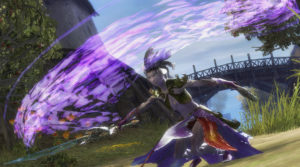 The choice of utility spells will depend greatly on the situations you may encounter. However, the following spells will be our character's basic choices:

There are, however, spells to consider:

The Mesmer can be used in two different ways. Either with a damage-oriented specialization or with a Reflection orientation.

Both of course have their pros and cons. The damage orientation will be a bit the master key while the second will be more optimized for certain dungeons like Cadecus or Arah.

This tree has been designed to do maximum damage, whether with your spells or with your illusions. It consists of the Domination, Duel and Illusions branch. 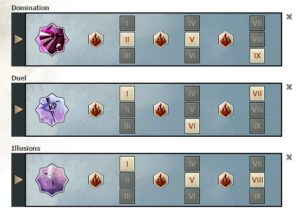 Even if the base is more or less the same as the Damage specialization, the last branch is no longer that of illusion but that of inspiration. This branch is used to combine support and damage. 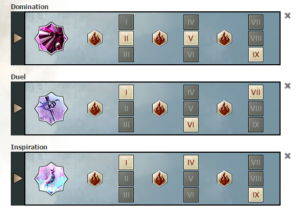 First of all, you should know that your source of damage does not come 100% from your character but rather from your fantasies (40/60%). To inflict the most damage, it will be necessary to keep your fantasies alive (or re-summoned them if they die).

As we have seen previously, we will be positioned in melee with our sword in main hand. So we will use theself attack

as often as possible and the fate frenzied haze

when it is necessary to dodge an attack instead of moving.

Depending on your opponent, the order of appearance of your fantasies will not be the same. The two situations are when DPS should be high and the other where Reflection should be high.

To finish on the Rotation of spells part, you must avoid spells that generate clones as much as possible because they will destroy one of your fantasies on the battlefield. If so, use your profession spells to reset your illusions to 0.

You have now become a master of illusions and be ready to face your enemies!

SWTOR - The Jedi Formation - The Knights