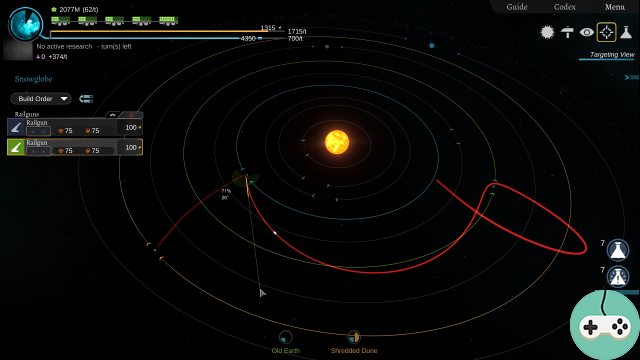 At the beginning of the month, the improved version of Interplanetary was released. Entitled Enhanced Edition, the game offers new features:

Interplanetary takes us on a race for galactic supremacy in a turn-based game where the goal is to destroy the cities of enemy planets to take control of the solar system. Fortunately, a tutorial gives the basics to fully understand. And it is better to read everything because the grip is not necessarily very obvious at first glance as there are parameters to take into account. 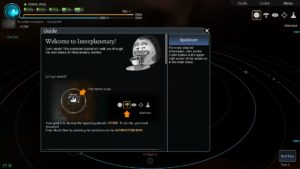 The game screen is presented in 5 modes: 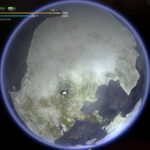 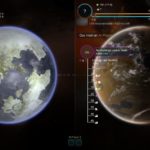 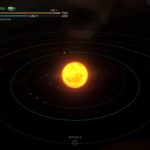 All important city information is summarized at the top left of the screen. Each green square represents a city, with its population of small characters which fill up as the evolution progresses and the rectangles symbolizing the projects in progress. Below are indicated energy and materials, the energy bar being linked to the planet icon whose appearance represents the amount of resources remaining to be extracted.

Once all the cities are destroyed, the game is over, they are the most precious asset, to protect and to prosper at all costs. To attract people, a city can be linked to another more populated city, protected by defensive buildings, or benefit from specific projects. The larger the city, the more projects or connectors it will have. Cities are also important sources of science (to be used in the tech tree), materials and energy, although it is necessary for their proper functioning to always connect them to power plants (Power Plant). 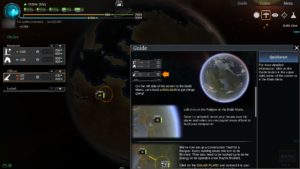 There are many buildings to build, the first and most important being undoubtedly the Power Plant already mentioned above which will supply energy to the cities, but also all of the other buildings, such as the offensive turrets, the mines ...

Different interactions are available on buildings: resale (to recover some of the materials), repair, reconnection (to link it to others), disconnection and improvement. The improvement is important to increase the amount of collected resources or statistics.

Energy is essential, it is one of the two resources without which it is not possible to progress. It is created each turn by power plants and cities, then used in most in-game actions: constructing buildings, upgrading buildings, city projects, firing weapons, activating defenses military ... It is important to maximize its use because it does not stack turn after turn, and will therefore be lost if not used. 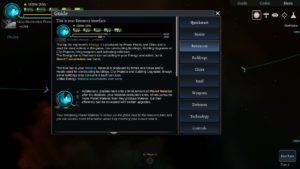 On the contrary, materials accumulate and can therefore be harvested, then patiently saved for the biggest expenses. Created in mines and towns, they are used for constructions, town projects and building improvements. Note that each planet has only a limited amount of materials and regenerates less materials than produced, inevitably leading to an end of the supply, sooner or later.

Course of a tour

Each turn, resources are generated (including population in cities), buildings are constructed or upgraded, projects started, research done, and conflicts are resolved. All the selected weapons fire at the same time during the action phase, the events being taken in a log where a color code simplifies the reading: red = negative, blue = neutral, green = positive. 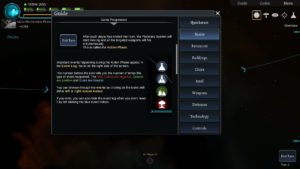 Weapons require a real sense of geometry, taking into account the angle of fire, but also the velocity. Thus, the placement of the weapon on the planet will condition the areas that can be hit, asking to estimate the right trajectory to hit the target. 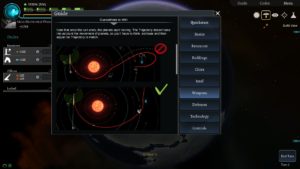 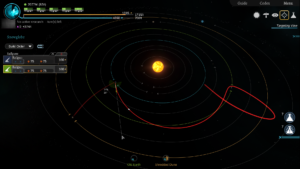 When artillery is very important, the new fast targeting mode gives the opportunity to fire at the same time with several weapons. 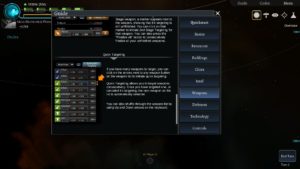 Rather complex, the interface is a bit frustrating to load, offering only written non-interactive guides, unlike most games on the market today which have made a habit of using information bubbles. Even if they are not very pretty, the guides integrated into the game nevertheless give valuable information very useful to fully understand the mechanics for any player who will make the effort to read.

If you manage to go beyond that, you'll experience a rich, layered management game featuring epic galactic battles. The presence of an artificial intelligence makes it possible to train offline, the game will of course take all its interest in the online mode where you can compete with your friends with or without the presence of AI. 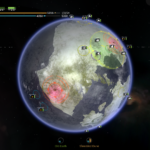 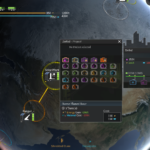 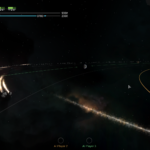 In the end, therefore, an excellent real-time strategy game, available in a new improved version (which is by the way offered free of charge to the lucky owners of the original game) at a more than affordable price for all the parties promised!


Do you want to be up to date and know all the tricks for your video games? In gamesmanagers.com we enjoy playing as much as you do and for that reason we offer you the best tricks, secrets or tips for you to play non-stop. We offer you quality content and always updated to keep you up to date. That's why, in our website, you will find not only videogame guides but also tricks, secrets and thousands of tips so you can play to the limit. Are you ready to get it? Enter now and enjoy your videogame!
The Sims 4 - Cats and Dogs Expansion Pack Preview ❯