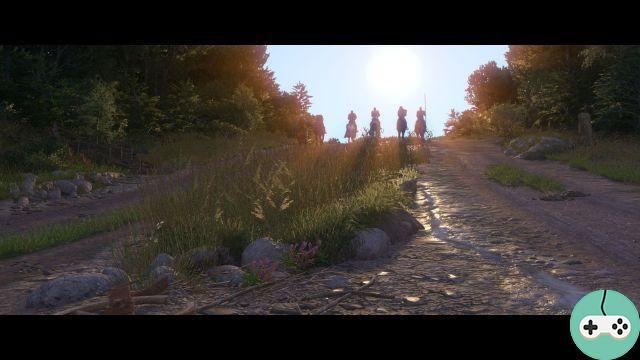 If you want to embark on the adventure of Kingdom Come: Deliverance (KCD) on the occasion of the release of the first premium DLC yesterday, you are absolutely right. I recommend this title without hesitation to all fans of medieval history, an excellent role-playing game in a universe which also has the advantage of being inspired by real events. But, you have to be clear, the game also has its flaws and can be annoying at times, especially when you're just starting out. Here are some tips you may find helpful. I will avoid direct revelations linked to the story, although some indications will necessarily be necessary here and there and could give a clue.

A link that you will want to add in your shortcuts: the carte and all the important points. 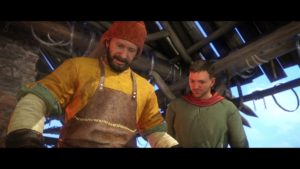 This is arguably the most problematic point in the game, as saves are only possible while sleeping or using potions, the Savior's Schnapps. Always keep this in mind when you last saved and feel free to take a detour to a town to rent a room (2 groshens) and save, if only by sleeping for an hour. It may save you a lot of time. The lodges are clearly identified on the map of a pint of beer on a green crown. 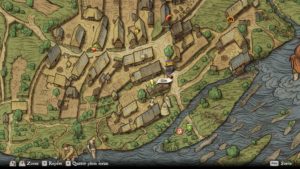 There are also sometimes straw mattresses that allow saving in camps, especially for lumberjacks. Don't hesitate to take a look.

At any time, using the shortcut T, time advances. This is very useful when you have to wait a moment of the day to find an NPC or when you have to complete quests over a specific period of time. Be careful, however, to check that this advance will not defeat another quest. Time always goes very quickly at the beginning, much less in the last hour. I therefore advise to always start a longer waiting time, then to interrupt at the right time.

If you've learned to read and need to run out of time, don't hesitate to study a book at the same time. It will pass the time, increase your reading skill and one or more skills related to the book you are reading! 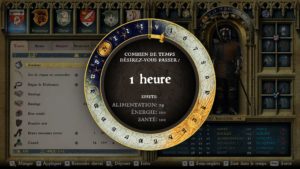 Money is a problem at first, but rest assured it doesn't last. Just keep going through the quests and it will go up on its own. In order, I recommend investing in a good mount first. One of the best in the game can be found in Merhojed (southwest of Talmberg), Veteran Jenda which costs 2500 groschen, but you have it a third 5 cheaper in Uzhitz for only 1960 groshens.

You will go faster and you will be able to carry a lot more objects, which in the long term will make the mount more profitable. Also consider equipping it with a saddle to increase its inventory. 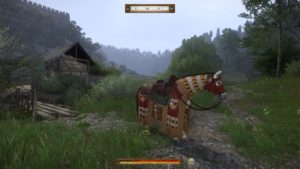 You will probably want to upgrade your weapons next, and then your armor, but much of that will be done to pieces of armor found as loot from bandits or given as rewards.

If you have the Ancestral Treasures DLC, then get the five as soon as possible, you will especially need to know how to open the very difficult locks, but even in the others, you will already have several pieces of Warhorse armor which is very suitable for beginners . You will find the location using the map. Otherwise, note that a translation error affects cards III and IV which are poorly translated (they are named like regular cards).

While you're at it, feel free to dig through all the treasures for even more Groshens and pieces of gear.

From the start, complete side quests in order to level up, otherwise you might get stuck in the main quest. After having been to do a reconnaissance in a certain camp where you will have to sabotage things, make a backup before moving on, I was stuck for a moment at this level, because I was not well enough equipped and I I therefore had to take a later backup to gain competence. 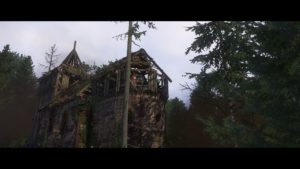 And above all, don't wait until the end to finish these quests. At one point, you will enter a camp and you will have an alert. Don't take it lightly, as it's not just about the quests you have going on. Go to all the stars you have left and finish quietly before moving forward through the storyline. Otherwise, you will still have the markers, but the NPCs will refuse to give you the quest.

Henry needs to eat, like any human being. However, there is no point in buying food from the merchants, unless you are planning a long hunting trip. There are cooking pots in most camps, in inns, or at the entrance to Rattay for example. No one will mind until you walk into a forbidden room, so help yourself.

Hunting is also a good way to feed Henry for free. Once you kill an animal, you will harvest a lot of meat from its body, which you can then cook over any fire that has a pot. Be careful, however, poaching is prohibited and if you get caught with hunted meat, you risk big! 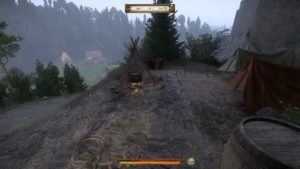 You will find water troughs everywhere for a quick wash, feel free to do so from time to time. But, as the post suggests, it doesn't really cleanse itself. It is essential to make a passage from time to time to the baths, where you can also change your hairstyle and add a beard. 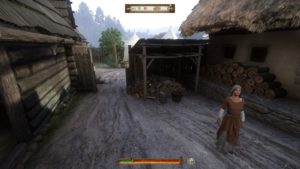 If you pay for a Girl, it will 100% complete all of your Health, Energy, and Food gauges. It costs 40 groshens, a ridiculous amount once you hit a high level.

It is important to repair regularly, because the more damaged the equipment, the less efficient it is. This also entails penalties on eloquence in discussions, so it would be a shame to deprive yourself of statistics.

To do this, you will need to use a kit in your inventory linked to the repair skill or contact a qualified craftsman (gunsmith, blacksmith, tailor ...). In any case, it is expensive, and more and more as the quality of the equipment increases. Note that the repair kits can be used multiple times. 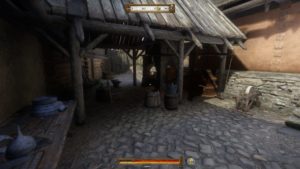 Don't worry at first, you won't be able to put an arrow in the target. This is completely normal, and it in no way detracts from the lethal character of a piercing arrow fired at point blank range. A quick and efficient way to get rid of some opponents who are a little too strong elsewhere ... To improve archery, it is interesting to hunt, it will not only very quickly increase the archery skill, but also the skill hunting and agility. Be careful, however, hunting game is forbidden for a poor little serf like Henry! 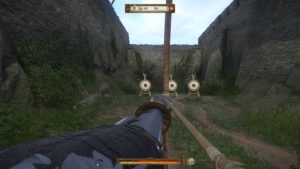 If you want to play Henry in a chivalrous way, you won't be able to complete all the quests and, more annoyingly, you will be a bit stuck in a phase of the scenario that requires being able to move discreetly for several days and enter locked rooms. with very difficult locks. But stealing has a big impact on how the villagers will view you so if you want to develop these skills, make sure you don't show yourself off! 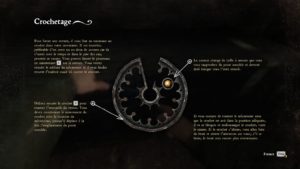 By the way, if you have a hard time figuring it out, the lockpicking is actually very simple: locate the place where the ball turns yellow, then hold it in the same place while using the D key. You will see, with the usually it becomes very simple.

If you have any stolen items (with a little red hand) you can either wait for the red hand to leave (after a few days on average) or sell them back to the millers. If you try to resell them to regular merchants, they might be offended by seeing such goods. It is also important to point out that if you steal a lot in the same town or village, the guards will be on the alert and above all, will be more inclined to stop you in the street to do a search, even if you don't. are doing nothing at this time. 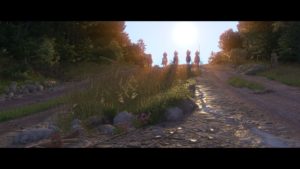 So much for our advice. If you have any, feel free to add them in the comments!