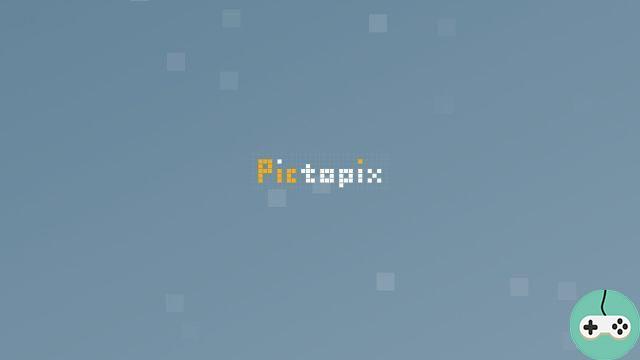 You know crosswords, sudoku, magic squares and other puzzle games usually on paper and which are classified as "puzzle" games. Pictopix, developed on a computer and distributed on the Steam platform, falls into the same category and is based on the principle that paper games known as logimage, nonogram, picross, logigraphe or even hanjie for her Japanese name which is one of the best known since it is a Japanese graphic designer who set up the rules of the game as currently used. Let's start by seeing or reviewing the rules of the game before discussing what this porting on computer brings us. 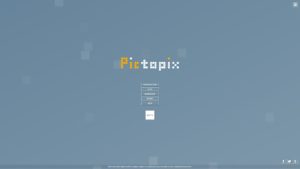 The hanjie consists of a square or rectangular grid around which are placed series of numbers. These numbers correspond to the number of consecutive "colored" boxes located in a row or a column. If several numbers are displayed, it means that there are several groups of colored boxes and that they must be separated by at least one box. Finally, the order of the numbers indicates how the color groups are positioned, from left to right on the rows and from top to bottom on the columns.

In Pictopix, mechanics are set up to help solve puzzles based on these rules. Start a game to find yourself in front of a grid lined with numbers. 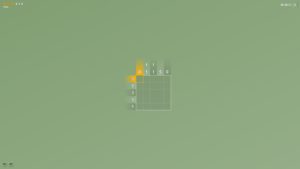 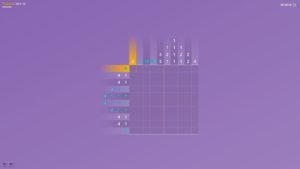 The game mechanics are very simple and consist of two markers on which everything rests.

Proceeding from this, you have to find the drawn figure by relying on the number clues on the edge of the grid. Once the grid is completed and the shape has been found, Pictopix will display the image fully recolored with a color palette exceeding white / black. 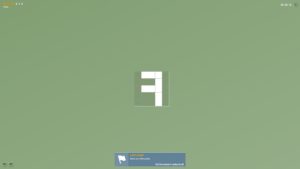 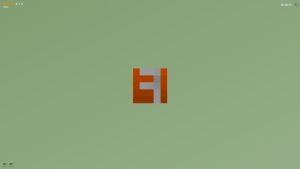 Pictopix has a tutorial presenting some mechanics making it easier to solve the grids. You may well do without it if you are willing to research how the game works yourself since it all relies on logic of deduction, a bit like in a sudoku but in a simpler way. For example, if we see the number 5 on a grid of size 5x5, then the row or the column where we see this number must be completely colored. Likewise, if you have already colored all of the authorized boxes on a row or column, you should not color the others.

The game allows you to solve the puzzles in three difficulty modes. When starting, you choose a save slot (A, B or C) which asks you to set the difficulty to Beginner, Intermediate or Expert. The difference between the three is allowing or blocking crosses on the grid. For example, in beginner mode, you have no limit and can place or remove both markers at will. In the intermediate mode, it is indicated that this is sometimes limited. In expert mode, the use of crosses is prohibited. These three levels of difficulty are accompanied by an evaluation of "performance" when solving a grid with the following classification:

The advice is two in number and is automatically deactivated by default in expert mode. You can of course change this at any time by accessing the settings in the options for each of the three modes. Let's look at the following grid: 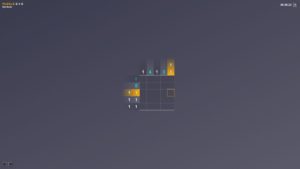 We can notice two things. The first is that some numbers are in blue. This means that it is possible to directly deduce the placement of the boxes on this row or this column. The second is that the zero on the first line is slightly erased compared to the other numbers. This means that the row or column is filled respecting the condition (s) indicated by the numbers. In intermediate mode, the help of the blue color is deactivated by default but it is possible to reactivate this help and to deactivate the second if you wish. However, keep in mind that only deactivating both at the same time will allow you to win two or even three crowns.

I already knew the rules of Hanjie before discovering Pictopix and am not disoriented by this game. The mechanics put in place are used to help solve puzzles but are not very useful insofar as, to have the three crowns, you must not use them. However, they can help in learning and personal appropriation of the mechanics of the game which will later make it possible to solve the grids without the aids. Pictopix only provides grids that can be resolved by logical means, leaving no room for hazardous assumptions. The resolution of a grid is timed but this functionality also is of no use since we have no ranking or comparison with other players and time does not intervene in the awarding of crowns. In short, nothing very convincing in the contribution of digital compared to the game on paper as we can find it in magazines.

If these two points leave something to be desired, the game remains very solid in its management with a total absence of bugs, a sober but varied graphic direction in the colors which escapes a certain monotony that one might expect in this type of game. The sound bung is calm and posed for a relaxed atmosphere but is it a little monotonous and can interfere with the concentration in the long term. It is, however, possible to mute the sound very easily in the options menu to solve this problem. But where the game really stands out from its paper version is by adding a feature allowing players to create grids and share them for free on the workshop. 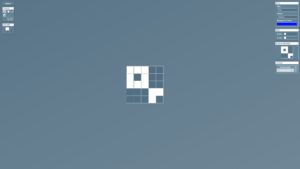 Thus, if we are initially limited by the 150 native grids, the community has already shared and will surely still share many grids, thus giving Pictopix an almost unlimited lifespan. And, very interestingly, the system includes a pre-release check. So, even if it is voluntary, it is impossible to publish a puzzle that cannot be logically solved.


Do you want to be up to date and know all the tricks for your video games? In gamesmanagers.com we enjoy playing as much as you do and for that reason we offer you the best tricks, secrets or tips for you to play non-stop. We offer you quality content and always updated to keep you up to date. That's why, in our website, you will find not only videogame guides but also tricks, secrets and thousands of tips so you can play to the limit. Are you ready to get it? Enter now and enjoy your videogame!
SWTOR Ranked PvP: Future Seasons ❯