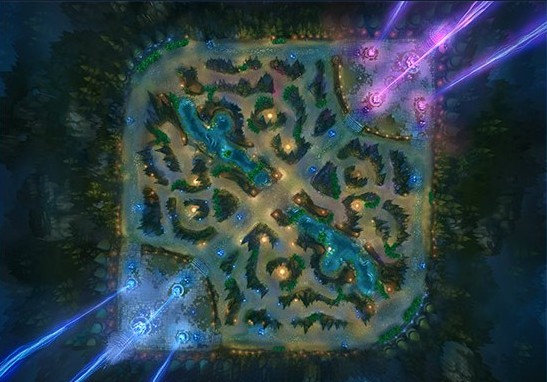 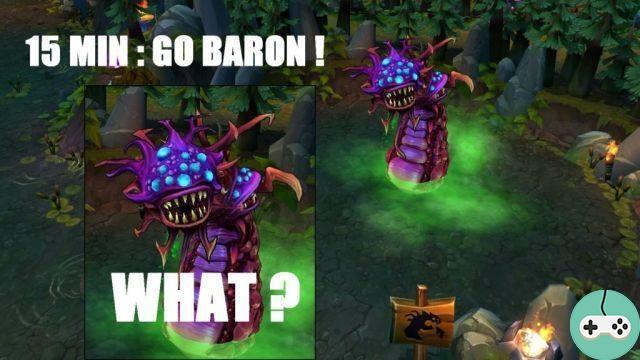 And we start right away with the most popular map on the Riot game: Summoner's Rift. Composed of three battle lines (lanes), this is the default map for 5v5 and therefore ranked games. It is also the competition card.

The playing field is divided into three lines commonly called lanes. We find the toplane at the top, the midlane in the middle and the botlane at the bottom. This is where the minions of the two opposing camps circulate. The ends of these lanes and where they meet are the bases of both camps: yours and the opponent's.

The rest is called the jungle, space filled with neutral monster camps as well as buffs. The river, on the other hand, cuts the map in half. It contains two important objectives: the dragon whose enclosure is on the blue side - bottom left; and Baron Nashor, who appears in the enclosure on the purple side. 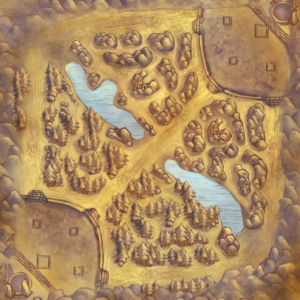 Let us give some tips regarding the configuration of the card:

The top line, commonly called toplane, is currently the site of a duel between characters who can inflict good damage and still tank during teamfights. It is built as follows: two symmetrical bushes, the river with a bush on the blue side and a passage with the tribush on the purple side. The nashor enclosure is just behind.

The toplane is a lane where the jungler has a very strong influence if he succeeds in his ganks. It is mainly in the case of the presence of a jungler that the tips work. 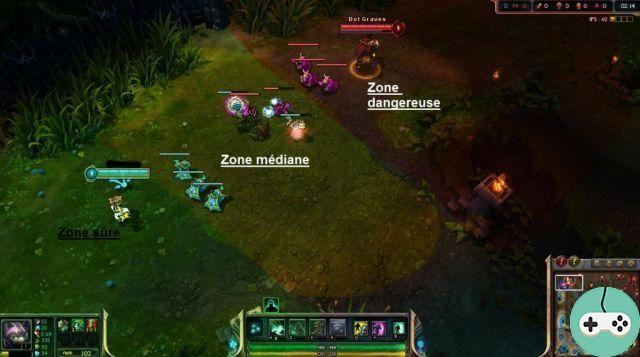 Ah, the midlane, my favorite. The midlane is designed with more paths and entries / exits, which leaves a large number of opportunities on your travels, but also the ganks of your teammate or the opposing jungler. The middle lane, therefore, allows you to ensure fairly strong control over all the part of the map that belongs to you (your jungle and even the other two lanes). Objectives like the dragon or the baron are quickly attainable and you can react quickly anywhere, anytime. 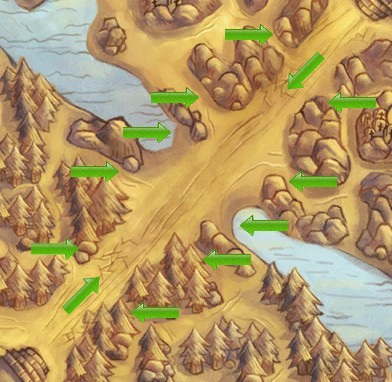 The arrows indicate the potential paths to arrive in midlane, without counting the crossing of certain walls.

However, mastering a lane can be worked on, but in these first steps, we are not going to go faster than the music. Importantly though, the midlane is perfectly symmetrical so whether you're on one side or the other, the rules of the game are the same (but you don't see them the same). 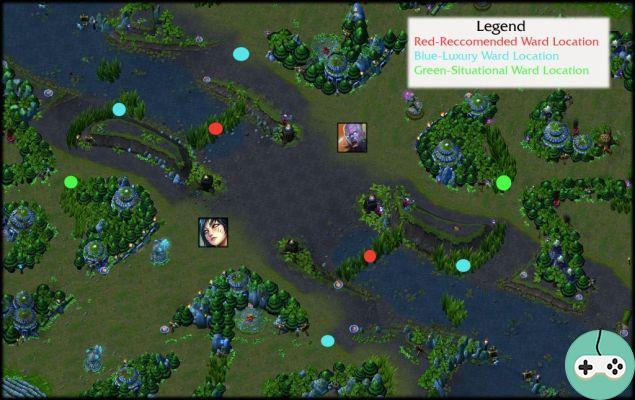 In red, the wards strongly recommended; in blue, the optimal wards and in green, the situational wards.

The bottom line, the botlane, is designed in the same way as the toplane. The difference is mainly made on the fact that in principle, it is about a 2 against 2. Indeed, the flashes are more delicate because you do not have to save your skin only, but to envisage that you do only one with your teammate. You have to understand that in botlane, things can go much faster. 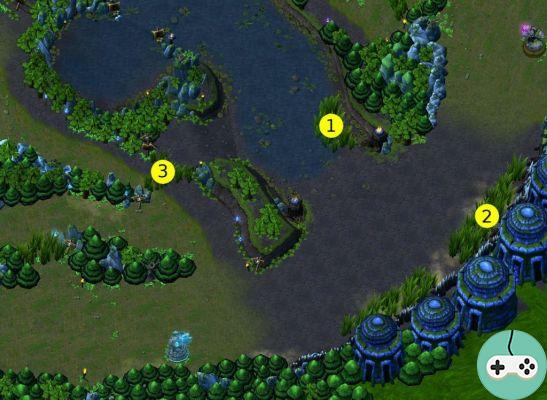 La vision ultime ! You should not pass !

Little bonus tip: on the purple side, you can ward off the river bush from the jungle. You just have to stick yourself along the trees (there is a small exposed stone tower, dating from the 18th century, etc.), and place your ward as in the picture. Surprise! 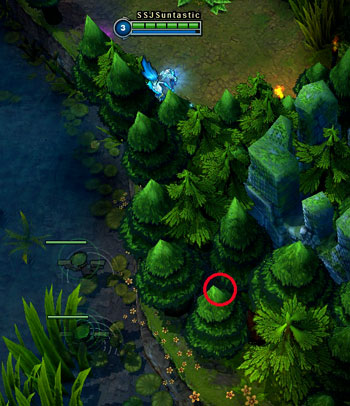 The jungle is aptly named: wild, ruthless and therefore difficult to tame. It remains nevertheless very popular, on the one hand because it is an important source of income and buffs, but because it is strategically designed.

At a higher level, we very often see mid champions having a farm greater than 100 minions in 10 minutes of play. Okay, they very well shut up the henchmen in the lane, but they also take advantage of the witch camp. Indeed, the gain of gold coins by killing neutral monsters is not negligible, especially as it increases as the game progresses (the monsters are also more resistant but you are supposed to do more. wrong). The technique is simple: try to sweep the wave of opposing minions, head to the witch camp, clear it and come back to your lane for a new wave of enemy minions. After 1 minute, return to the witch camp. We can go even further with the wolf camps which can possibly be carried out, with the agreement of your jungler. The botlane can take care of the golem camp as well. In short, there is no shortage of money in the jungle. Here are the respawn times of the camps: 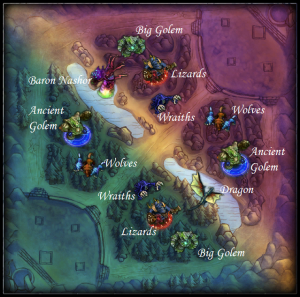 The passages are narrow and a fight (teamfight) can quickly turn in favor of one of the two teams on a devastating ultimate which occupies the entire playing space (Zyra for example). With the help of the bushes, you can easily set traps for the adversary, so little that he has no vision. Be careful however if you engage in the opposing camp, not to come face to face with three opponents, it would be fatal for you.

Do not hesitate to ask your questions in the comments!