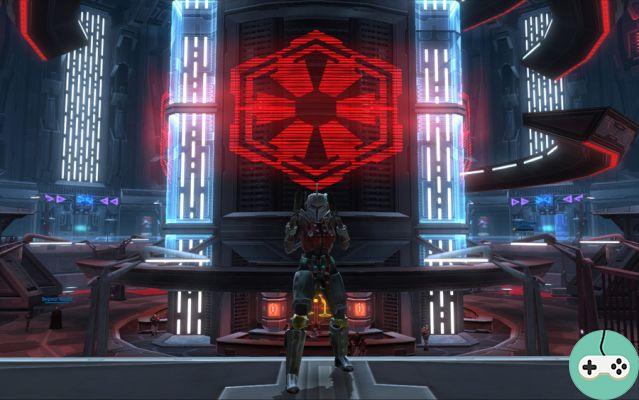 Here is an article submitted by Manfreda, from The Darkened Clouds Guild on the Battle Meditation server which introduces the Mercenary Bounty Hunter in a PVE-oriented DPS specialization. 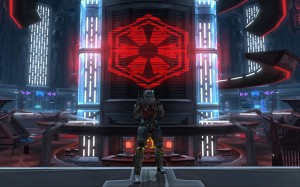 Aim: Increases your combat ability with ranged weapons. The aim is the only feature that really interests us among the main ones.

Accuracy Index: Increases the chance that your attacks hit their target, beyond 100%, accuracy reduces the target's defense. For me the first of the characteristics to go up to a certain point, that is to say the 100% of hit on the spells and the main weapon.

Critical Rating and Surge Rating: Increases the critical strike chance and critical strike value, respectively, as a percentage of base damage. For secondary characteristics, it will be the priority after 100% hit. Besides increasing damage, it will also affect, via certain talents, heat dissipation or even alacrity rate. 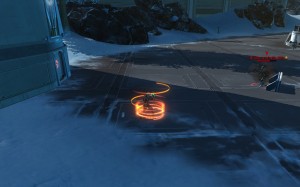 Might / Tech Potency: Increases the damage range of Basic / Tech Attacks. Useful but goes after the critical / influx since aiming increases both types of damage (normal and techno), and is necessarily present on objects.

Alacrity Index: Reduces the casting and channeling time of a spell. the advantage will be felt above all on the burst dps (a lot of damage over a short period) but not too much, raising too much alacrity risks heating your weapon too quickly compared to the possible dissipation over time or critical effects. Features that don't hurt but don't focus.

Here is the tree that I propose to you for a level 50. 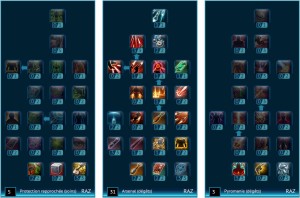 Link to the calculator

I'm not going to explain all the talents of the Arsenal tree. What I offer you is a summary of what was offered in the comments.

On this tree you have 2 points left to spend as you see fit. Here are some examples of uses:

To begin with, you should know that the cylinder that we have to use in our role of dps is the "High speed gas cylinder". As seen in the talents, it reduces by 8 the heat generation of the aligned fire (which thus passes to 8 and it allows us to dissipate 8 points of heat with each critical missile or the unloading, possible effect only every 3 seconds. 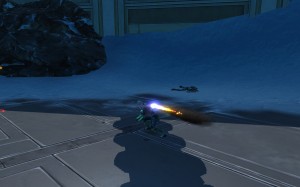 Our cycle will be based on 5 different spells:

- Sequence of shots
free in heat

There are of course a whole host of other spells that we can or should use like fusion missile, death from heaven, heat dissipation, thermal manipulation ... But the problem with providing an exact and valid cycle is that the heat rise / dissipation is too dependent on the equipment equipped.

In the first version of the guide I suggested a "boat" cycle not optimized for high stuff but which allowed to have a base for a young level 50 who is discovering the high level. Despite the remarks on this one, I prefer to leave it to you because it can be useful for some players.

Opening of combat with "Unloading". Although it is less profitable without the "Barrage" upgrade, it will allow you to take advantage of the cooldown on the first trigger.

We continue with 3 times « Tracing Missile "and" Shooting Chain ". To mount the "Thermal Signature" with 5 stacks on the target and therefore chain with a "Thermo-guided Missiles".

We continue with 2 times "Tracing missile" and "Chain of fire" to arrive at 5 stacks of the improvement "Tracing lock" to launch our "Aligned shot".

During this cycle and for the duration of the fight as soon as “Barrage” is triggered, an “Unload” must be launched as soon as possible.

And for the rest of the fight, the cycle is simple. The base remains “Tracing missile” and “Chain of fire”, and as soon as “Barrage” is triggered, “Unloading” is launched, as soon as it is available we launch “Thermoguided missiles” and as soon as “Tracing lock” is stacked 5 times we launch “Aligned shot”.

The higher the critical will be, the more you will be entitled to the heat reduction due to the "Terminal Speed" talent and therefore you will probably be able to switch to a base of 2 "Tracing Missiles" for a "Chain of fire".

As for a more burst-oriented cycle, for example for phase 5 of Soa the demonic in the Chamber of Eternity, you just have to do the same thing but without the "Chain shots". When it comes to doing damage over a short period of time, mobility is a big deal. 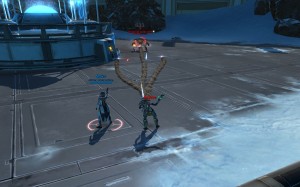 For people with a better mastery of their character, here is how I see the dps cycle more "optically". I use the term "cycle" but actually it is not one. It is an order of priority that must be kept in mind and applied according to several things at a time T.

- The enemy must always have their 5 debuffs thermal signature.

- The use of Aligned shot only under the 5 buffs of tracing lock.

- The use of Unloading only under the buff Barrage.

- The use of Thermoguided missiles only if the enemy has his 5 debuffs thermal signature.

From there, is it personal composition? For my part, I always open the fight in the following way.

"Chain shots" (and from now on when my heat exceeds 24)

"Thermoguided missiles" (and from now on as soon as it's up)

There is also the fate of " thermal manipulation Which helps to reduce the heat build-up. Some would prefer to keep it in case the 40 heat level is exceeded a little, others will use it as soon as it is up, which saves a "Sequence of shots" for heat management. .

Regarding the " heat dissipation », Which as its name suggests, dissipates 66 heat points (with 2 talent points) is to be used intelligently. I mean that since we have a maximum of 100 pt of heat, 66 pt of heat therefore brings us back below the 40 point. Suffice to say that using this spell if you are below 66 pt of heat would be a waste. . Even if it means having to use this spell as much to maximize its effect. It is therefore preferable to approach 100 pt before using it. At this stage, its use coupled with a "Sequence of shots" will put you back largely in the green zone.

The last piece of advice, or rather the last obligation, is to know your fights well. Normal will you tell me. But in addition to knowing what to do, it also allows you to take advantage of long trips to be able to allow yourself to let your heat rise higher than in a static fight. As an example, I offer you the fight against Gharj in the chamber of eternity. Just before changing the platform, you can let go since the following travel time should allow you to go back down to the "green" heat zone.


Do you want to be up to date and know all the tricks for your video games? In gamesmanagers.com we enjoy playing as much as you do and for that reason we offer you the best tricks, secrets or tips for you to play non-stop. We offer you quality content and always updated to keep you up to date. That's why, in our website, you will find not only videogame guides but also tricks, secrets and thousands of tips so you can play to the limit. Are you ready to get it? Enter now and enjoy your videogame!
ESO - Notes version 1.5.8 ❯