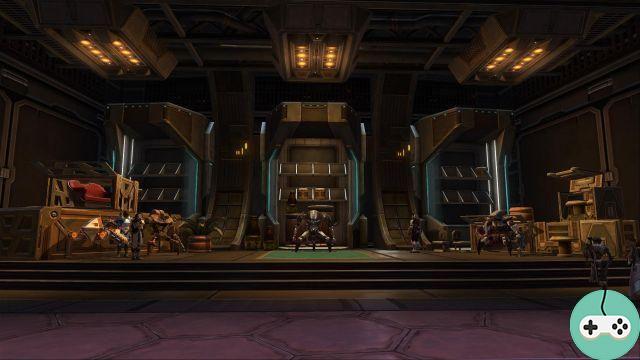 All our guides on Galactic Strongholds

I am Andurr, Jedi Guardian of Section Wookiee XXI on Battle Meditation and I come to offer you a detailed explanation of the craft to be provided for housing.

First, here is the link to Juliaan's article to indicate which component is needed for what.

So much for the raw data, let's get into the mechanics.

Let's start with the two jobs that are not useful for housing: Recovery and Bioanalysis.

Which is, in my opinion, a good thing given that it was already the two most popular trades because of their usefulness (for biochemistry stim / dopant / medipack and the least greedy kit in cybernetics and manufacturer components. armor) and the most easily farmable since it falls on any strong mob or more as long as it's a droid or a creature.

It was therefore time to put the others forward and that is why I find it so good that these two trades are not additional utilities.

There remains the case of Piracy, which was already very popular and which will once again have a role to play.

There are 9 items to craft for housing:

Each of these items is used to purchase different decorations from different vendors. 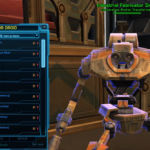 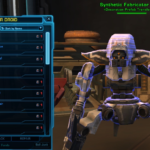 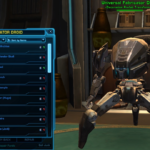 The slightly vicious side, or challenge, or just boring for non-followers will be the manufacture of Universal Prefabs: it is a step-by-step craft.

The general idea is that it is necessary to bring together components with the collection missions to then manufacture an object which itself will serve as a component to manufacture the object which will finally be used to buy the decorations from the merchants. Phew!

Knowing that each of these 4 components itself requires 4 previously combined components (16 different materials for a single Universal Prefab!) And that a single profession cannot manufacture a Synthetic and an Industrial, it will be necessary to turn to the Galactic Market, reroll or cooperation between players to get there.

So what do we farm?

The professions that are the most interesting for housing are: Illegal trade (far ahead of the others), Archeology and Piracy. The reason is simple: these are the trades that have a multiple interest, because the components they will provide will be useful for all construction trades.

Indeed, I just mentioned the Manufacturing Crystals and the Rank 1 to 3 Building Design. They can be made with the same components regardless of the trade!

(Note the nice little trick which means that the green crystals are for Biochemistry and Synthweaving, the blue for Cybernetics and Artifice and the reds for the 3 "Industrial" trades)

And where it is the jackpot for the illegal trade, it is that it is not only the luxury fabrics which will be used: the other material (the illegal metals) will be used to build the industrial prefabs for Cybernetics and Weapons Manufacturing trades, as well as Synthetic Prefabs for Synthetic Weaving.

So we have all the luxury fabrics to make all the Design and all the illegal metals to be able to make a total of 6 out of 9 items. Not bad for a single mission job!

It is also the only one where all the components (except rank 1) that it provides are useful somewhere. If you are the type to farm only one profession then it is undoubtedly the one to choose.

The links which unite the garment trades with their mission trades therefore remain as they have been since the game was released. Indeed, illegal trade has always been one of the trades linked (recommended by the codex) to Synthweaving, Cybernetics and Armor Crafting. It's only that these trades only found use at the end of the game through Upgrades and Kits which did not require metals or cloth to be crafted. So we come back to the basics and it's not bad, in my humble opinion.

To see a little more clearly, here is a diagram of Ktull: 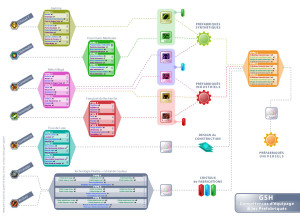 Finally, I would like to share with you a small spreadsheet file listing the useful components for housing and indicating from which profession and which mission rank it comes from. One sheet per job, it seemed easier to me. It is not a collection of all the materials of the game, only those useful for housing. There may be others for crafting related to the planetary conquest system and the guild ship, but I haven't looked into them yet.

Here is also a small link to a very good article on the site about crew skills when you are rerolled, a reminder that probably won't hurt.

Crew skills are therefore making a comeback on the front of the SWTOR stage, he takes the opportunity to become more complex in the process and to make himself quite insurmountable for those who have only one or two jobs. But after all, we are playing an MMORPG and the housing craft is meant to be accomplished together. What could be more logical, in the end?

Add a comment from SWTOR - GSH: Crew Skills and Prefabs