SWTOR - How does the team choose the balances? 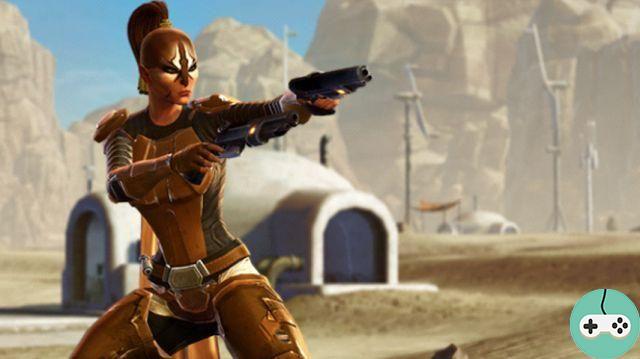 Following recent changes in communication, Eric returns today with an explanatory message on how the class balances are chosen and what are the team's objectives in this area. Here is our translation of Eric's full post from the official forum.

During the next few weeks, as you already know, we plan to give you details on the next class / discipline changes. There's one thing we've never done before is go into detail and explain how we balance classes. With our changes to more transparency, we really wanted to open our doors to you and share as much detail as possible about these changes. Below is an elaborate description of our combat team and not just how they balance classes but also why. I strongly recommend that you read the entire description (I know it's long!). For the non-readers among you ...

TLDR (To Long Didn't read) - We do not balance disciplines directly between them. The balancing is based on an indicative value which is determined according to the type of fighter you are, distant, melee, burst, dot, ....

Here is the full description of the combat team:

For starters, for those who are unfamiliar with the abbreviations and terminologies used in this post:

Before we get into the details of which classes and disciplines we'll be reviewing reduced damage or healing in 5.3, we wanted to take a moment to talk to you about our "class design" philosophy. Whenever we reduce the damage or the healing of a discipline, it's not because of a comparison with the other disciplines or because we think it was too good. Likewise, we do not increase the effectiveness of a discipline because we believe that it is not well compared to other disciplines and would need a buff. We're not playing the class comparison game for damage, healing, or tanking changes.

The main reason for choosing a "buff" or a "nerf" lies in the ability of a discipline to achieve the targeted DPS, HPS or DTPS depending on the role (Combatants, Healers or Tanks). Target values ​​of DPS, HPS, and DTPS are determined based on content (Veteran Operations, Master Uprisings, etc.) so that players can complete these objectives with a certain level of equipment. In PvP situations, they are determined by how long it takes a player to kill another and the ability of a tank or healer to extend the time an ally will stay alive when attacked. So to clarify, there is a comparison being made between damage, healing, and tanking balances, but the comparison is not between disciplines or classes - it is between target values. DPS, HPS or DTPS for the discipline in question.

Given the large number of combinations with the different item levels that a character would have equipped, along with the upgrades, class buffs, stims, and dopants that your character may or may not use, we will not give you any. details for each target value. Obviously, these values ​​are average values. Each parse tends to be unique, and sometimes those parses may be higher or lower for various reasons.

Now that we've made that clear, we have something special to share with you today: damage group categories. And without further transition ....

Warning : Disciplines are sorted alphabetically (in English) within each group, not by damage (eg Assassin's Deception should not do more damage than Maverick Saboteur). There are also groups for healers and tanks, but we are not indicating them because these lists contain all the disciplines of their respective roles.

Now let us explain the theory between the planned differences for the damage groups above. There are only 4 categories that we use to classify a fighter: Melee (either at close range) Ranged (either at long range), Burst (either which deals direct or quick damage), and "dot" (which is damage to the body). duration or slow damage). We believe that both melee and dowry fighters are inherently at a disadvantage, which is why dowry melee fighters are in the top of the groups. Melee damage is disadvantageous because you have to stay closer to the target (often within 4m) to maximize damage, and dot damage is disadvantageous because it takes a few seconds to reach their full potential each time a new one is hit. target is acquired (and in situations where the target is changed rapidly, the maximum potential will never be reached).

Because of these disadvantages, combatants of the "dot" type will have received an advantage over those of the "burst" type. Likewise, melee fighters will have an advantage over ranged fighters. The combatants being at the same time melee and burst or mixing distance and dot are in the same group because they each have a disadvantage, even if this disadvantage is different. And in the last group, we have the burst type ranged fighters, who have no particular disadvantage. They can quickly switch targets without needing to get in close, and they have little time to increase their dps before they can deal heavy damage to a new target.

You will have noticed that two groups are missing in these explanations. These groups concern the advanced classes which have three combat disciplines instead of two and one of healing or tanking. We could technically try to combine these disciplines into one that would fit into one of the other three groups, but we separated them to differentiate them within their classes while still keeping in mind what the other classes have to offer.

Another thing about the damage of the above groups that might be a bit confusing is the reference to "Target DPS", so here is a fictitious example to help clarify that. Remember that the target DPS varies based on your gear level, buffs, class buffs, stims, or dopants whether or not you use. To make the demonstrative calculations easier, we will say that the DPS for our example is 10. With 000 DPS as the target value, a fighter in the Rage (Ravager) / Concentration (Guardian) discipline will have around 10 DPS in a single target fight that would end after 000 minutes (because it is in the "At Target DPS" category). During the same fight a fighter in Pyrotechnics (Specialist) / Plasmatechnics (Vanguard) should approach the target DPS of 10 (because he is in the + 000% category). Likewise, a dps in Virulence (Sniper) / Unfair Combat (Franc Tireur) fighting under the same conditions should have around 5 DPS (because it is in the -10% category).

Before going any further in this description, we want to indicate that it is really important to consider a 5 minute fight. With a shorter fight time, Ravager's Rage or Guardian Focus would have more DPS than Specialist Pyrotechnics or Vanguard Plasmatechnics, due to dot-type damage taking longer. time to reach their full potential.

Okay, so now you'll be wondering looking at the detailed groups and you'll be thinking, "That's not where my class is at all!" You are probably right (depending on the discipline you play). Indeed, this is precisely why we put class balances in place: to sort out things that get out of balance like when leveling up or assigning new abilities or skills. Achieving the damage of the group concerned is the objective of our balances with 5.3 and the patches to come as long as it is necessary, that is to say until the targeted objective is reached in reality and no longer only on paper. .

Now you are probably wondering how we decide which discipline needs to be balanced first. We include several determining factors like player feedback, player parses data, and our own internal PvE and PvP stats. For 5.3, we're focusing on the disciplines that we feel are furthest removed from their group damage. This gives us Virulence Sniper / Unfair Combat Frank Shooter, Arsenal Mercenary / Artillery Commando, Engineer Sniper / Sabotage Frank Shooter, as outperforming, and Pyrotechnics Specialist / Vanguard Plasmatechny, Hate Assassin / Serenity Shadow, Sorcerer Madness / Balance Sage as underachieving. If you are wondering if Arsenal Mercenary / Commando Artillery and Sorcerer Corruption / Scholar Protection will be "nerf" or "buff", well .... look again at that group damage and take these clues into consideration: it's the same story for Sorcerer Corruption / Scholar Protection as well as for damaged Mercenary Arsenal / Commando Artillery.

Lately, you'll also be wondering why there aren't any changes to utility and survival spells for fighters in 5.3, that's a very smart question. We focus on the damage and healing of all classes first before we think about any utility changes. It is because of a concern inducing an opinion on a discipline which could be skewed by too high or too low an efficiency without anyone realizing it. That's not to say that we won't change utilities here and there, but before we make massive changes to a class's utility arsenal, we want to be sure that the damage that can be inflicted on a target is within the desired standard for its group of disciplines. Once we feel happy with this damage, we can start adjusting the utilities to give those who need it a boost and those who overperform a reduction.

We hope this overview of our philosophy will help you better understand the changes we are making and the reasons behind each decision.

Add a comment from SWTOR - How does the team choose the balances?