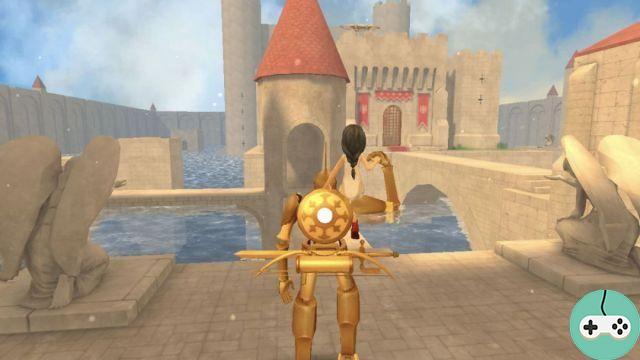 The Girl and the Robot is not a very young game. The beginning of the adventure for this game begins in 2013 thanks to a Kickstarter campaign which will have worked well, it must be said, and will have been able to finance the game. Three years later, it is on the home stretch before its release. What is it really ? 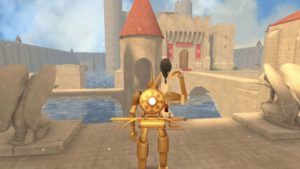 The story presents a little girl locked in a tower of a castle who is released for some reason by an old man. After learning a little about the movements of this character and escaping from an evil robot, the little girl discovers a medallion that will link her soul to that of a robot. Now accompanied, you will have only one idea in mind to escape the castle guarded by an evil wizard and his robots.

Each of the two characters can be controlled as you wish and they will each have specific roles. The robot will have to protect the little girl from all the other robots because if this one is caught, it marks the end of the game. The little girl will be able to jump, to sneak in certain places to advance in the puzzles and the story. One of its strengths is above all that it can repair its robot companion. 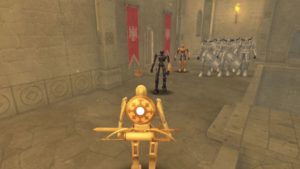 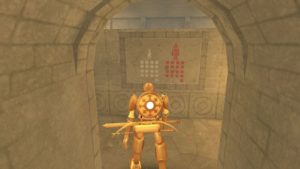 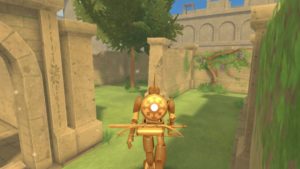 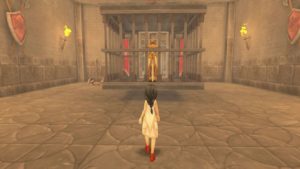 The robot is therefore considered a bodyguard. It will aim to defend the little girl with two sets of weapons: a bow for ranged attacks and a sword / shield for melee. You should know that his actions are very slow and that he only has a three-shot sequence. The developers thought it good to add a dodge to him to cancel his attacks and more easily avoid the attacks of several robots.

Regarding the puzzles of the game, it is not very complicated when you are used to this genre. There is no narrative side either in terms of dialogue or text. This choice of developers is not bad for immersion but it is a double-edged choice in some cases. The game loops in about five / six hours for act one. The second act is implied at the end but without any real promise from the studio. Perhaps a later announcement of it depending on the sales of this album. 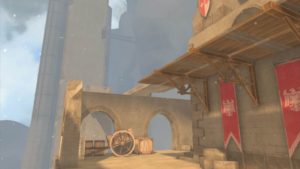 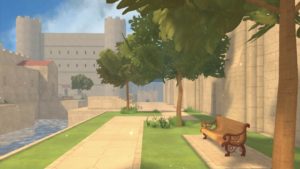 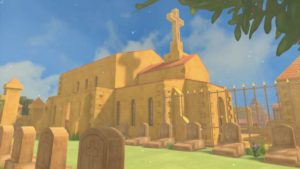 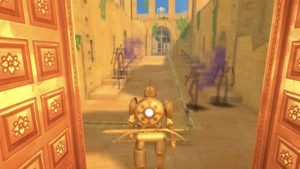 To give my opinion, The Girl And The Robot is not bad in itself even if it suffers from certain graphical problems and certain rather crude bugs like that of controllers making quite simply bug the game. The version that I could testing was only at the development stage which may explain some of these problems. However, I have real doubts that the audience will really be won over by the graphics and the slowness of certain aspects of the gameplay. That said, I still had a great time completing Act 1.

Audio Video The Girl and the Robot - The story of a girl wanting to escape
WoW - WoD: Racial Traits ❯