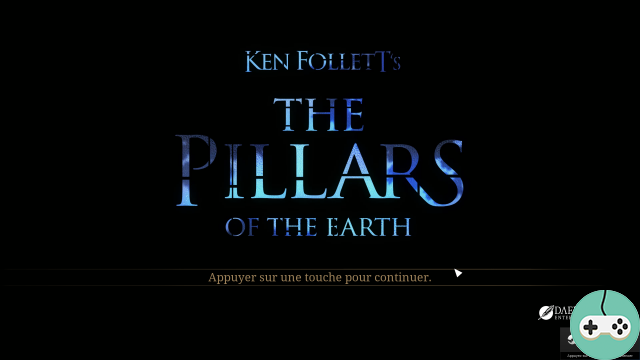 The Pillars of the Earth is the episodic new title of Daedalic, the adaptation of Ken Follett's novel which has sold over 26 million copies worldwide. Grab your bible and sword and move on into the first book of this all new medieval adventure.

If you've never played point-and-click before, there is a tutorial that explains the controls when launching the game. 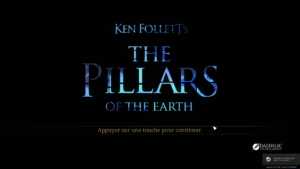 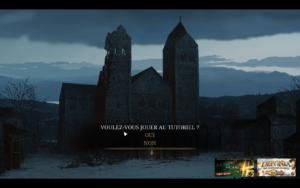 Fortunately, it is possible to ignore it, as regulars will not have any surprises. Indeed, the game takes again the standards of the genre by allowing to interact with the elements of the decor. Left clicking triggers an action, while left clicking gives the character's thoughts on it. Some elements can only have one of the two, depending on the situation. 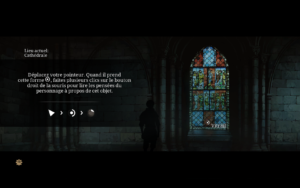 There are items to collect from the scenes, characters to question, and other items right there to make it look good. 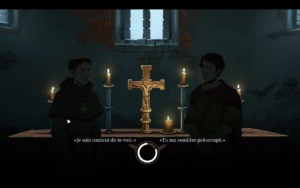 The space key displays all the interactive elements of the scene, a quick and efficient way to identify interesting objects or people. 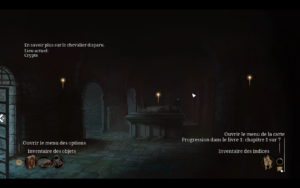 To give you an example, in the prologue our first task is to put water on the fire. We have a kettle and snow everywhere, but the character refuses to take dirty snow for his family, he wants clean water. We'll find her in a nearby puddle after breaking the ice using the kettle. 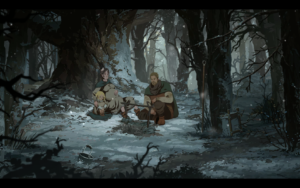 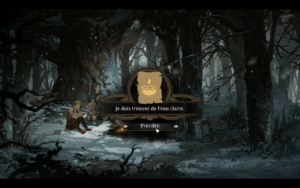 As would be expected being the adaptation of a work of over 1200 pages, the story is very important, central to all actions. We find ourselves embarked in England in the XNUMXth century, a period punctuated by wars and harsh winters. The characters are strong, with an atypical personality, dreams and hopes shattered by a difficult life. And this is all the more true for the three main characters, and the two other playable protagonists, who find themselves embroiled in strange events in the mysteries of a frozen and miserable monastery with dead, missing and suspicion of possessions. demonic.

It would be a shame to give you too many details about the events or the aspirations of all these people if you want to embark on the adventure, but from the start you will meet Jack an ambitious architect who has got it in his head! idea of ​​one day founding a cathedral. Except that he is ruined, forced to camp under the stars with his daughter and his pregnant wife under the snow. Then we'll meet Philip, a monk at Kingsbridge Abbey, a priory living in the shadow of its past glory, as famine looms and buildings crumble.

But the non-playable characters are also tasty, all as much as they are, cheaters, thieves, pious, idiots, lazy ... 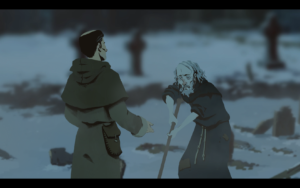 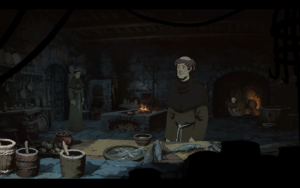 There is not really a quest in the usual sense of the term, but some kinds of tasks are added at the bottom right of the interface, elements themselves usable in the same way as the objects of the inventory to interact with. the scenes, and in particular the characters, to obtain information. Thus questioned, they will be able to give useful answers to the progress of the investigation. 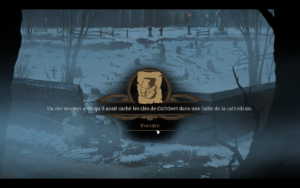 As the adventure progresses, documents are collected and stored in the special tab where there are also maps. What to learn even more about the world in which our characters evolve. 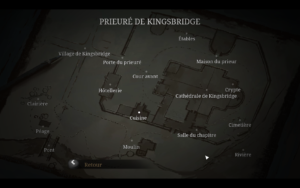 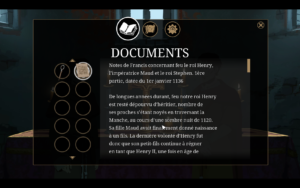 Like any episodic game, each end of a chapter gives rise to a summary of the choices made, choices which will of course have consequences for the rest of the events. In all, there are more than 200 hand-drawn decorations for the seven chapters of this first book, out of a total of three planned. The playing is truly magnificent, as is the orchestral soundtrack recorded by the FILMharmonic Orchestra in Prague. The immersion is total and slightly depressing, because the story, as much as the universe, is really not happy. And, as you would expect given the times and places, religion is everywhere, so it is best if you don't mind this topic to take full advantage of it. But you won't regret it!


Do you want to be up to date and know all the tricks for your video games? In gamesmanagers.com we enjoy playing as much as you do and for that reason we offer you the best tricks, secrets or tips for you to play non-stop. We offer you quality content and always updated to keep you up to date. That's why, in our website, you will find not only videogame guides but also tricks, secrets and thousands of tips so you can play to the limit. Are you ready to get it? Enter now and enjoy your videogame!
Landmark - Beta - Resources: T3 ❯