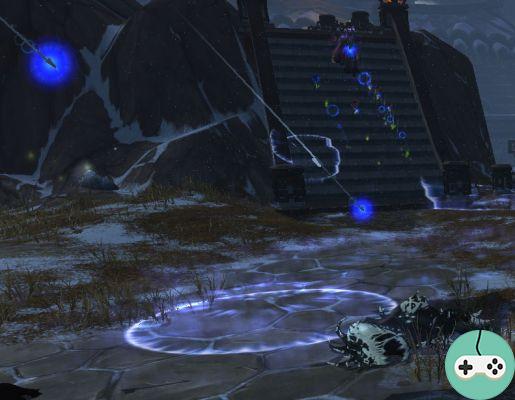 This dungeon, accessible at level 87 in its normal version and heroic at 90, offers 4 bosses. I will show you some tracks so that the ballad takes place serenely. For the record, as with all dungeons and raids now, you can find the list of boss abilities in the Dungeon Codex (Shift-J) if you want more information on a particular spell.

War has gripped Pandaria, and the violent conflict between the Horde and the Alliance has caused turmoil even in the majestic Shado-Pan Monastery. Three evil entities, the sha of violence, hate and anger, have escaped from their prisons. The Sha of Wrath fled the monastery, but the other two stayed to wreak havoc among the brave Shado-Pan defenders. 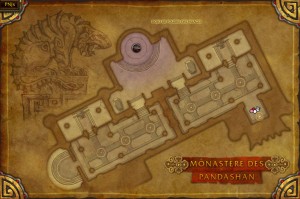 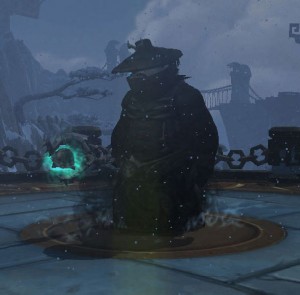 Before the escape of the sha, Gu Cloudstrike was responsible for training the elite Shado-Pan magicians. Today, this once gentle and reserved pandaren enjoys unleashing his awesome powers to wreak havoc. He has taken control of the mystical Azure Serpent and his followers are helpless in the face of his deadly attacks.

This boss, which as its name suggests does lightning damage, does not present much difficulty when alone in the first phase. There are areas on the ground, which must be removed quickly, and damage shared between nearby players. So do not hesitate to move away from your companions on this part.

On the contrary, in the second phase when the azure serpent appears, it is necessary to regroup during the incantation of the magnetic veil. This somewhat special spell absorbs healing done up to a threshold, dealing damage until the healing provided reaches that threshold. The healer appreciates most of the time being able to create a heal zone in order to reassemble the group quickly. Anyone who is lonely is therefore liable to a rapid and painful death.

In the third phase, upon the death of the Azure Serpent, Gu Cloudstrike returns, he is not stronger despite the loss of his beautiful familiar, do not worry.

Continue your route through the monastery until you come to a large hall where the next challenge awaits you. Archers will try to stop you, take your mount and go for it, dodging the arrows. 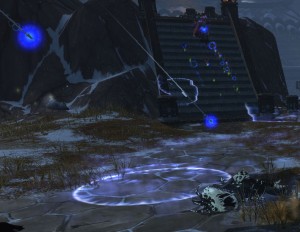 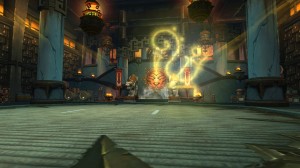 The Snowbank master knows that the conflict between the Horde and the Alliance has contributed to the poor condition of the monastery. Heroes who want to win his favor must first beat his students. Only those who succeed will be able to take on Snowbank himself, a martial arts paragon who has dedicated his life to the pursuit of perfection in body and mind.

You will understand, this fight takes place in several phases. At the very beginning, dozens of recruits arrive. These little monks are neither very strong nor very resistant and you can easily defeat them by doing area damage (they are not killed, because they surrender when defeated). Next, two apprentices arrive, Neige Virevoltante and Brise de Lotus. These two new foes are a bit more powerful although again, too weak to actually need to talk about them (there's just Twirling Snow which, as the name suggests, uses a technique called Whirling Steel which makes area damage around it).

Once all his apprentices have been defeated, the master agrees to fight with us in his personal dojo, upstairs.

The boss itself has several phases with distinct abilities that require a fair amount of attention. In the first phase, he has two abilities that can deal big damage, his fists of fury making a cone of fire in front of him (so the tank must place him correctly in relation to the group) and tornado of feet. This last attack is a deadly spin: get down quickly from the dojo to take cover. 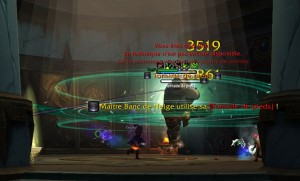 In the second phase, Snowbank Master disappears into the shadows and creates replicas of himself. It is necessary to strike the illusions to dispel them while being careful of the new type of damage: a fireball. This ball is very clearly visible in the form of a blue trail. You can imagine that it is better not to stay in the axis! 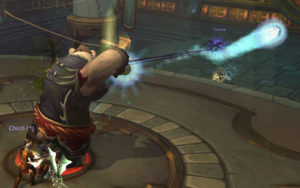 Finally, in the last phase, he will alternate between times when he spins, spinning tackle, and times when he becomes untouchable, parry stance, dealing damage to anyone dealing damage to him (30k for melee damage and 20k for ranged damage). He will also have fun chasing a randomly targeted player (chasing) who will have to take his legs at his stroke. A little vigilance is enough to finish the fight with this brave panda who bows at the end: 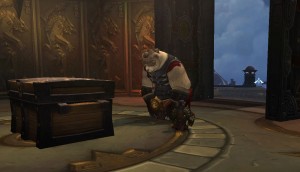 Respect: Bow to the Shado-Pan Novices in your turn after defeating them.

Outside, the monastery is corrupted by many unfriendly critters, including the regenerating Sha, miniature versions of the Sha we know, which will poke holes in your tank's armor (they must be killed first. ). Avoid multiple agros by sticking one side of the way. Besides, when we talk about Sha ... 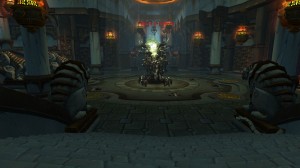 Savage, bloodthirsty and ruthless, the sha of violence rages freely in Shado-Pan Monastery. He thrives on the brutality of the Horde and the Alliance and happily ravages the monks who struggle to repel his monstrous onslaught.

This boss can quickly be quite confusing if you do not know his abilities, especially for the healer. Indeed, the latter must be attentive to the disorienting blow, a technique randomly targeting a player in the group who suffers great damage (175k): there is nothing to do to avoid it. Periodically, a spike coming out of the ground, pointing at Sha, disrupts the fight, knocking down people nearby and spawning volatile lower energy, an additional enemy to kill. Finally, he will regularly apply blades of smoke to people near him when he spins, dealing damage and reducing crits done for about 5 seconds (reduced by 100 sec on each hit or spell, which disappears rather quickly as a thief. for example). The advantage (because there is one anyway) is that this ability grants an automatic critical hit at the end, dealing XNUMX% more damage. No doubt the healer and the DPS that can, should wisely stay out of the reach of this rather annoying spell.

An obvious solution: eliminate the last Sha imprisoned in the Sealed Chambers, then defeat the Sha of Violence.

On the following packs, we immediately notice a dead panda, clickable, in the middle of the enemies. It should be freed as soon as possible, otherwise some enemies cannot be finished. The purifying ritual is interrupted by the damage if you try on engagement, so wait about twenty seconds but do not forget! 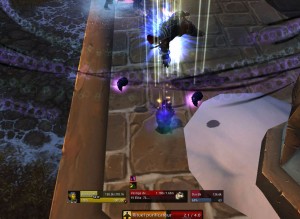 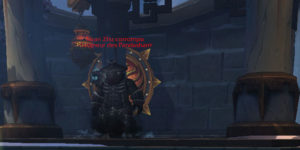 The Sha of Hate has corrupted Taran Zhu, a powerful and pragmatic Shado-Pan leader. Once devoted to the protection of his beloved home, Zhu today burns with a consuming hatred for all life and his perception of everything around him is distorted.

This boss can quickly create chaos, which is more or less his goal. First of all, you should know that the simple fact of being in the presence of the monk generates hatred, so beware of the hate meter (a bar at the bottom of your screen, gradually turning crimson). Avoid filling it completely or succumb to the fog of hate, reducing the chance to hit by 90%, healing done by 25% (although this increases physical damage dealt by 20%, it is not profitable ). To counter this hatred, it is advisable to meditate thanks to the additional spell at our disposal: 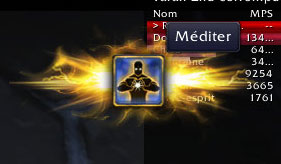 Hate Leads to Suffering: Defeat Taran Zhu while all party members are at the maximum level of Hate.