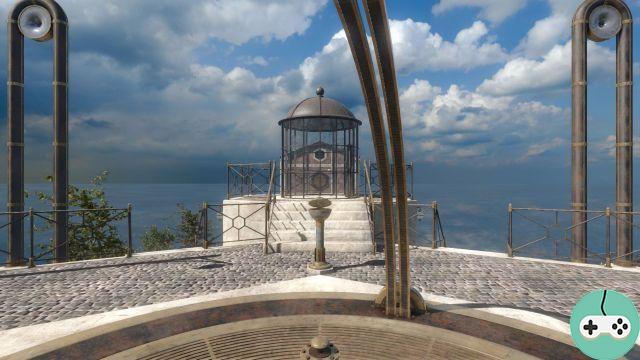 Just as I have been able to be, Francois Roussel was very strongly inspired by Myst and sought to recreate a game bringing the same style of feeling. Twenty years later, after a phenomenal amount of work, the young developer has managed to bring his project to fruition with Harbor Moon. But I'll let you read his own words instead: 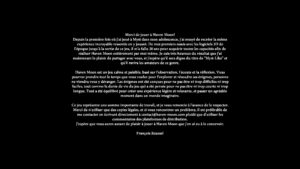 We start our adventure by disembarking on a mysterious island with strange buildings. 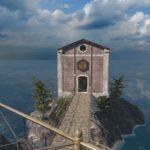 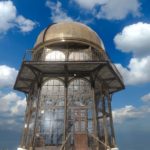 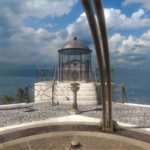 I open a box, and find a note there. 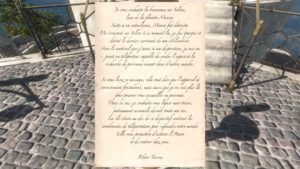 The controls are entirely with the mouse. The left click allows you to move forward, activate or increment while the right click allows you to go back or decrement. There is nothing else to remember, no inventory or complicated interface. When an item can be activated, the cursor turns green. 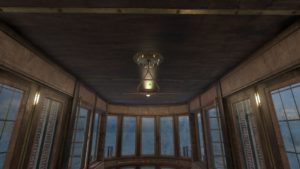 As in Myst, I try to put the electricity first. Because yes, impossible to set in motion all these mechanisms without current. This wheel seems perfect to me for that. 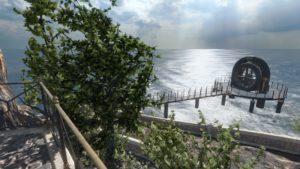 I go there, activate a lever to lower the wheel, then I turn the platform to be in line. The streetlights come on: the power is back! As I explore, I will walk on the strange secrets of the creator of these places. He placed notes here and there, explaining how his inventions worked. You have to read everything carefully to understand what to do to get out of it. 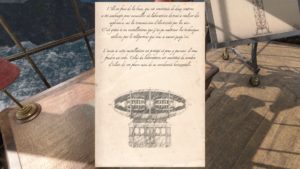 I'm not going to tell you more about the story and what you'll find out. But be careful because each clue is loaded with meaning. Remember each cross switch, because you are also going to have to retrace your steps several times to reactivate things as the switches may impact another location. And you will have an important choice to make at the end, so don't choose just any old way. A lot of things depend on you ... 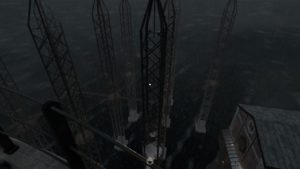 Turn on the current 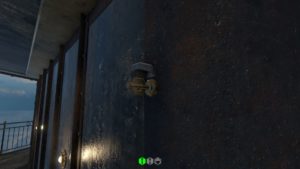 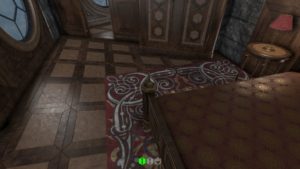 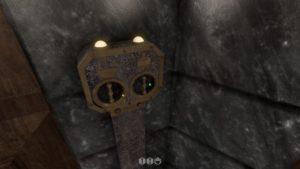 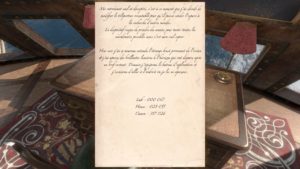 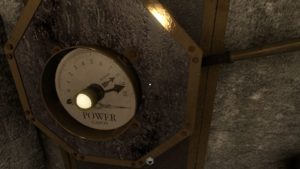 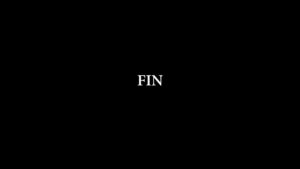 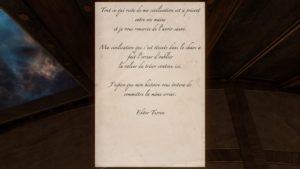 Without any missteps, Haven Moon offers a beautiful adventure in a world à la Jules Verne, where the inspiration of Myst is present at all times, whether in the magnificent sets, the classical music and the styles of puzzles. There is no doubt as to the inspiration of its developer, and I took great pleasure in traveling this universe, I who am an early fan of the entire Myst series. Of course, Haven Moon suffers from the same negative aspect as its illustrious predecessor: we often go around in circles looking for the damn button we missed to activate a cross mechanism long ago and already forgotten. On the side of the lifespan, hard to say. You can certainly finish the game in about 10 minutes if you know exactly what to do, or take XNUMX hours if you get lost! Above all, if you want to play fair without using a solution, take the time to write everything down, capture everything, and read the notes carefully. You should save yourself a lot of back and forth.

In conclusion, a little video:

The game is available on Steam, but also on the Humble Store.


Do you want to be up to date and know all the tricks for your video games? In gamesmanagers.com we enjoy playing as much as you do and for that reason we offer you the best tricks, secrets or tips for you to play non-stop. We offer you quality content and always updated to keep you up to date. That's why, in our website, you will find not only videogame guides but also tricks, secrets and thousands of tips so you can play to the limit. Are you ready to get it? Enter now and enjoy your videogame!
Albion Online - Information Summary ❯

Badland – Game of the Year Edition