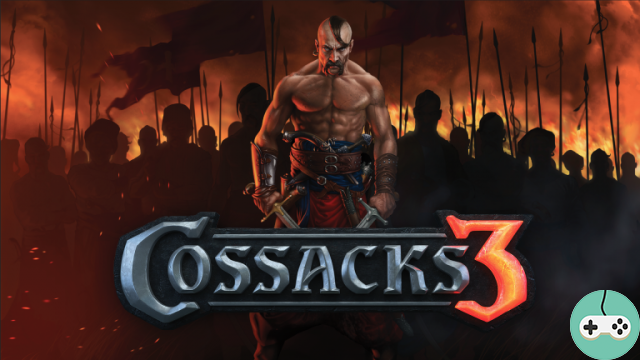 Cossack 3 is a real-time strategy game developed and published by GSC Game World. 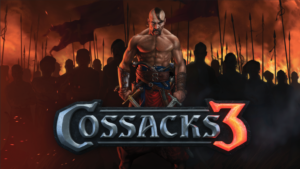 It is not strictly speaking a new game but is, in reality, a remake of Cossack first of the name, released in 2001. The game makes us relive European conflicts of the 17th and 18th centuries thanks to six campaigns grouping each one several missions quite long to complete, providing a total of 25 single player story missions. 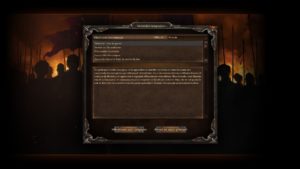 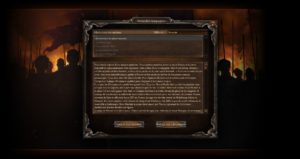 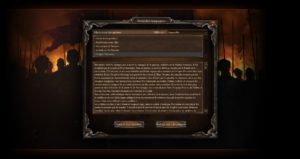 The missions, very scripted, make us relive European conflicts at a time in our history when powder is just beginning to be talked about and to be used in conflicts. Throughout each mission, objectives will be granted, but also, on rare occasions, the possibility of making choices in the scenario. However, these choices will not have a huge impact. 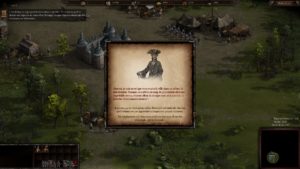 The main strength of the game comes from the number of different units, but also from the number of possible units during combat. As far as the units are concerned, there are almost 70 different units, with differences linked to the nations that can be played in the game. Each has its own strengths and weaknesses and has its own role. For example, unlike a lot of strategy games, if you want to knock down a wall or destroy a building, sword soldiers will simply be incapable of doing so and you will have to use grenadiers or cannons.

The fights between the armies are very strategic. A regiment composed only of sword soldiers and hand-to-hand cavalrymen will not last long and will be decimated against a regiment of lancers and fusiliers. Positioning on the pitch also plays an important role. If you place a regiment of rifles and cannons high up, they will wreak havoc against an army below which will cross swords with your melee soldiers. However, you will have to be careful, because your guns will decimate enemy units as well as others. Damage against our own units! It is becoming extremely rare, it should be pointed out!

The fighting involves hundreds of units, which can amount to a few thousand. To navigate easily in all this mess, it is possible to create regiments thanks to certain special units. The regiments make it possible to regroup types of units and to put them in "order", in particular thanks to combat formations (in line, in square ...). Training is also very important in the effectiveness of units. A rifle regiment will be more effective if it uses straight line formation, but will be very ineffective in tight (square) formation. The same is true for a unit of pike cavalry, which will be very useful in straight line formation to decimate enemy lines while a unit of sword foot soldiers will be very effective in close ranks. On the other hand, soldiers on foot will be very vulnerable to attacks from cannons which risk decimating the regiment, hence the usefulness of not rushing into the heap and of diversifying its regiments, the types of troops and the formations.

However, I noted a small black spot, Artificial Intelligence, both that of our units and the enemy. We can do our best, even give the order to the units not to move, if they cross the enemy, the formations will disperse as soon as an enemy regiment passes nearby and will be decimated like blues. The “good” side is that the enemy does the same. It is, for example, easy to send a very small regiment to “hello” to the enemy army which will rush headlong to pursue them, allowing us to ambush them. This unfortunately breaks the difficulty of the game a bit because, even at maximum difficulty, Artificial Intelligence is of the same ilk, the difficulty mainly coming from the size of the enemy armies and the speed of development they have. 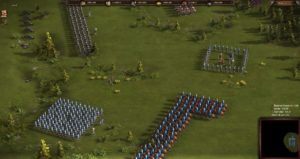 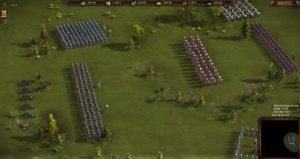 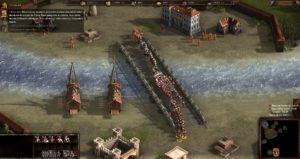 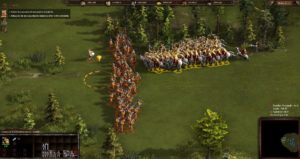 Outside of wars, it is possible to upgrade our units, buildings and knowledge of your nation. Throughout, it will be possible to improve these units, both their damage and their defenses, which can tip the balance very clearly during a conflict between two same types of units.

Buildings also have upgrades. It is possible, for example, to improve the output of the mill in order to bring more food, or to modernize the mines to send more peasants to work inside. Research also unlocks new upgrades, but also advances to the next century, unlocking access to new units, buildings, and upgrades. 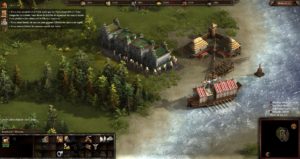 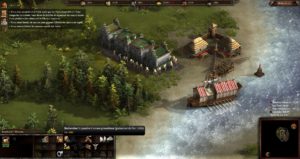 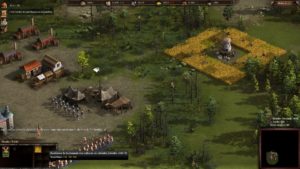 Apart from the scenario and its missions, there are custom games that allow you to face 1 to 6 enemies on many different types and forms of terrain. Peninsulas, islands, continents, etc. As for the type of terrain, we find mountainous terrain (low and high mountains), plains, plateaus. A host of other map options are available and, to top it off, we have access to a total of 12 different nations: 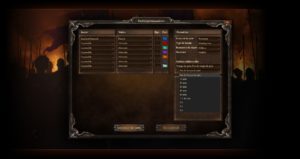 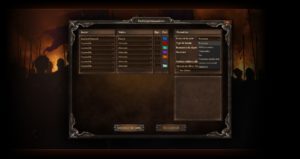 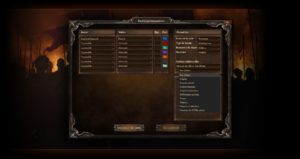 But the main point of this remake is above all the graphic improvement. On this side, I find it very successful. The details (whether on buildings, units, explosions) are very well done. The graphic style will not necessarily appeal to everyone, however. 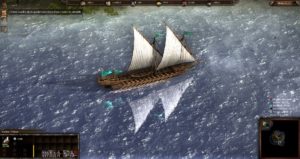 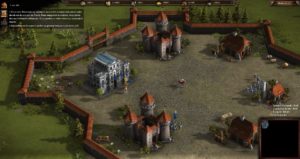 The evolution of buildings during their construction (as well as their destruction) is also well done. 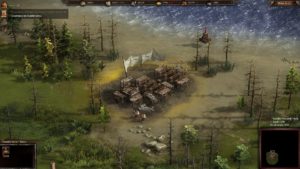 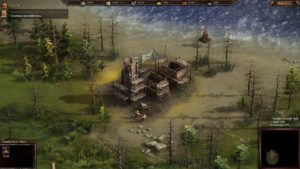 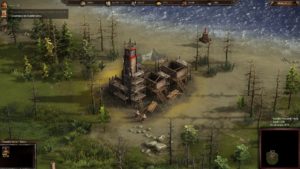 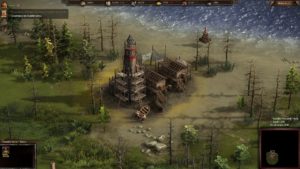 If you are a fan of strategy games, Cossacks 3 is really interesting even if we can blame the weakness of Artificial Intelligence a little. The mechanics of the game are however very dated, the "base" game having been released 15 years ago. You can tell, this remake relies mainly on a graphic overhaul and form, quite little on substance ultimately. The main missions via the scenarios are very interesting, rather long missions to carry out, ranging from 1 to 2, even 3 hours. I have not tested the multiplayer mode but, however, it seems that it suffers from some problems from what I have read on the forums (untimely disconnection, bugs causing all units to die at once ... ).
Note that if you have exhausted the game at the time, there will be no real novelty in this remake, except for an additional scenario and the possibility of playing without having to tweak the game files. new version will undoubtedly bring back some good memories!


Do you want to be up to date and know all the tricks for your video games? In gamesmanagers.com we enjoy playing as much as you do and for that reason we offer you the best tricks, secrets or tips for you to play non-stop. We offer you quality content and always updated to keep you up to date. That's why, in our website, you will find not only videogame guides but also tricks, secrets and thousands of tips so you can play to the limit. Are you ready to get it? Enter now and enjoy your videogame!
FFXIV - Detailed Heavensward Collector's Edition ❯